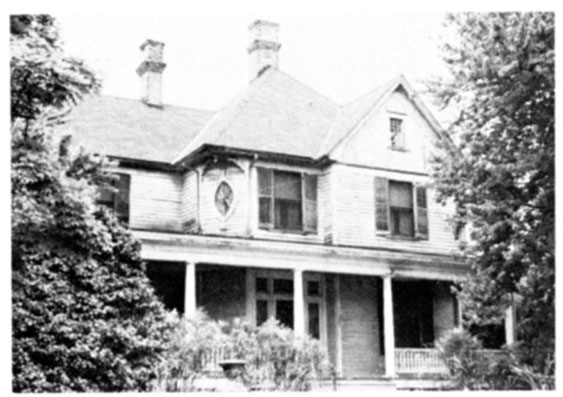 The house at 305 Morris Street was a Queen Anne Victorian built in 1905 by John W. Pope, a tobacco warehouseman and Durham County Treasurer in the late 1880s. This house replaced an earlier one-story house occupied by Mr. Pope and his family since 1883.

There was also a separate two-story house in the backyard, connected to the main structure by a latticed breezeway. The outbuilding was run as a boarding house annex. 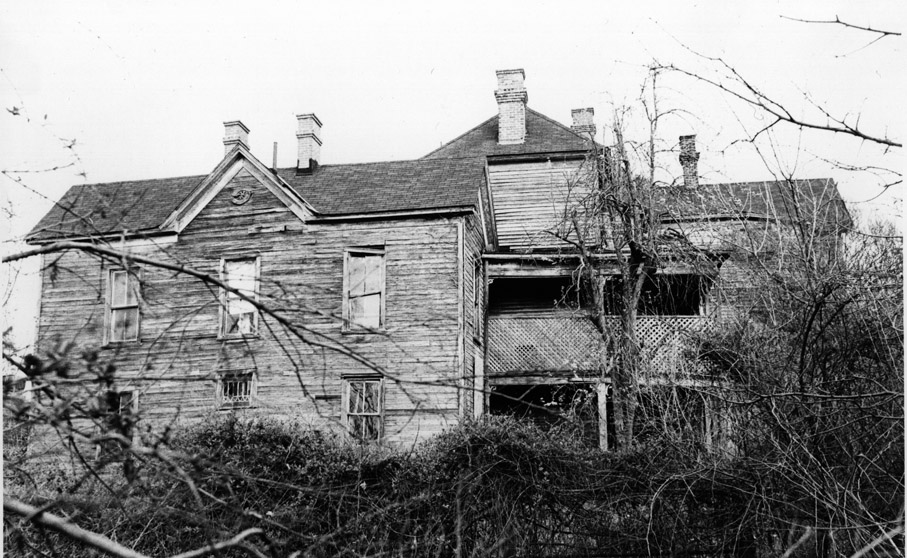 The property stayed in the family, and, according to a current resident of Morris St., was occupied by several older women who ran the entire house as a boarding house during the 1970s. Per the same resident, once the women passed away, the house became abandoned, and occupied by homeless people. The house eventually burned. 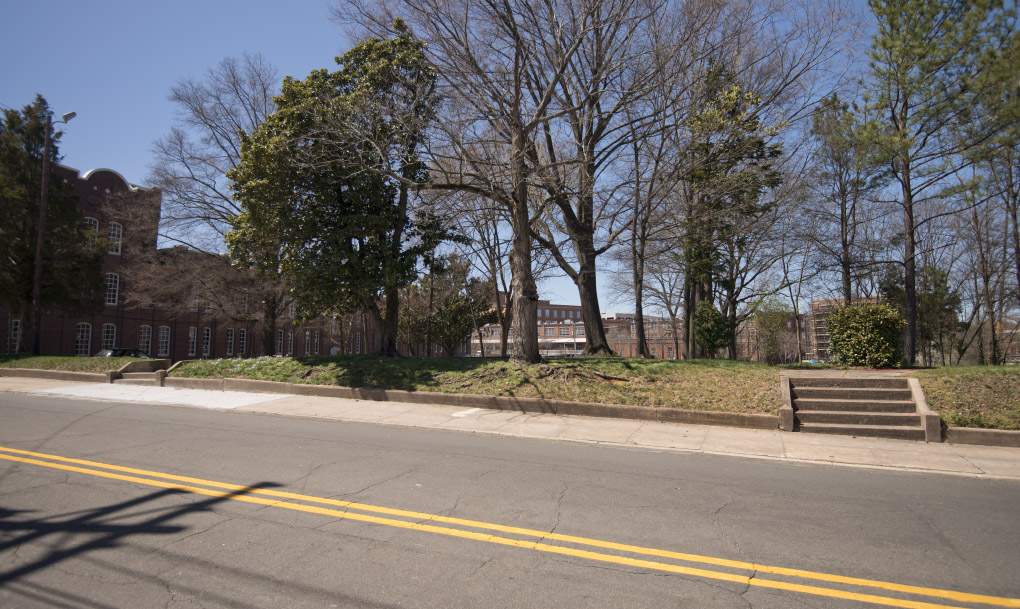 occupation by homeless people and burning sounds like the potential future of several other beautiful and neglected houses around here. does fireball leave a firey trail behind him? if so, then several other abandoned homes will be smokin' soon.

I had the opportunity to go

I had the opportunity to go inside this house in 1973, when Mrs. Slater was still alive-- not all through it, but through the front door, into Mrs.Slaters bedroom, where she was resting in this amazing 4 poster bed. I was there with Mr. Robert Thacker-- and they conducted some business which involved signing some documents. To find a surface to sign on, we went to a desk in the entrance hallway-- Mr. Thacker switched on the lamp on the desk --- it was a Tiffany lamp with a Cardinal motif shade!! Unbelievably beautiful!! Mrs Slater commanded Mr. Thacker to turn off that lamp!!! She switched on the overhead lamp in the hall, and signed the papers. We then exited through the kitchen and out the back door. Apparently, she wanted some cleanup and trimming done on the rear of the property. I was shown what she needed to be done out back. I came back in a few days, and did that for her. Mr. Thacker asked me to, and I was happy to do it.

There was a small "house" at the back of the property. Like a Mill house, but smaller, and was set up with 2 doors on the front to  make it a duplex. While there, I peered into the windows, and saw antique dressers, washstands, chairs-- and more. I asked Mr. Thacker about that and he told me it was where the servants lived back in the day. They were what we normally see nowdays in Antique stores-- mainly Oak pieces-- not the Mahogany and Walnut ornate furniture that was in the main house.

Another memory is the wiring in the house was old fashioned " surface wiring" I think the proper name for it was " knob and tube" wiring. The house was built before electricity, so the wires were run on the inside walls of the rooms, with ceramic insulators on the walls. Look up "knob and tube" on Google images-- dangerous stuff!!! The walls of old homes were built with cross braces, so you couldnt "fish" wires up or down a wall.

It really was a beautiful place back then. I often wonder what became of all those amazing antiques. I'm thinking Mr. Thacker may have gotten them-- as that was his passion, and he had a Shop on Holloway street.