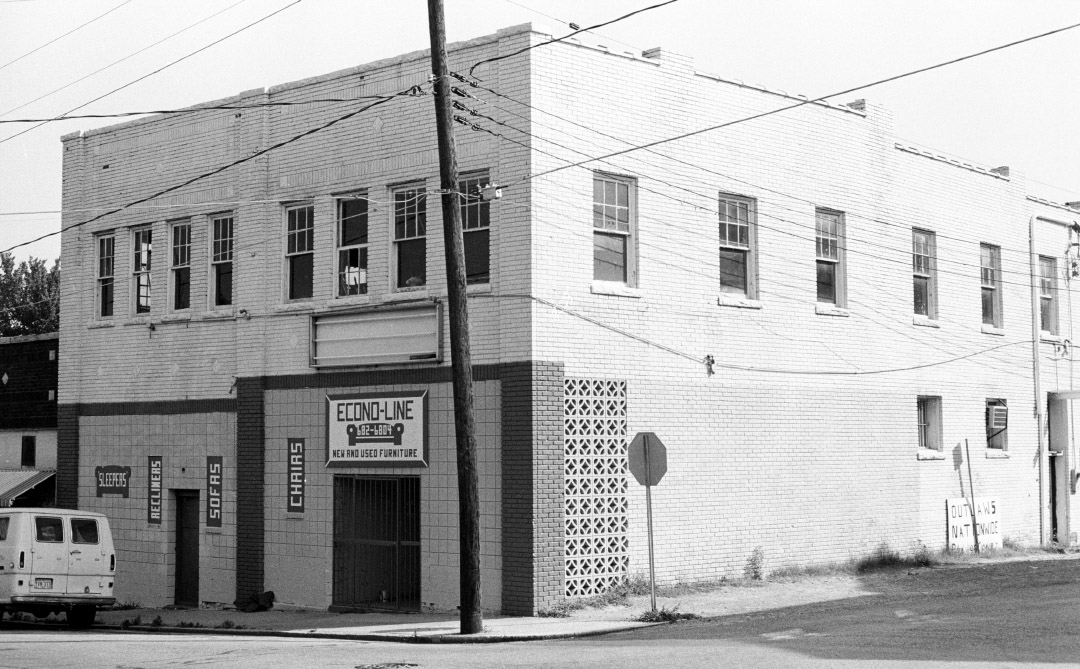 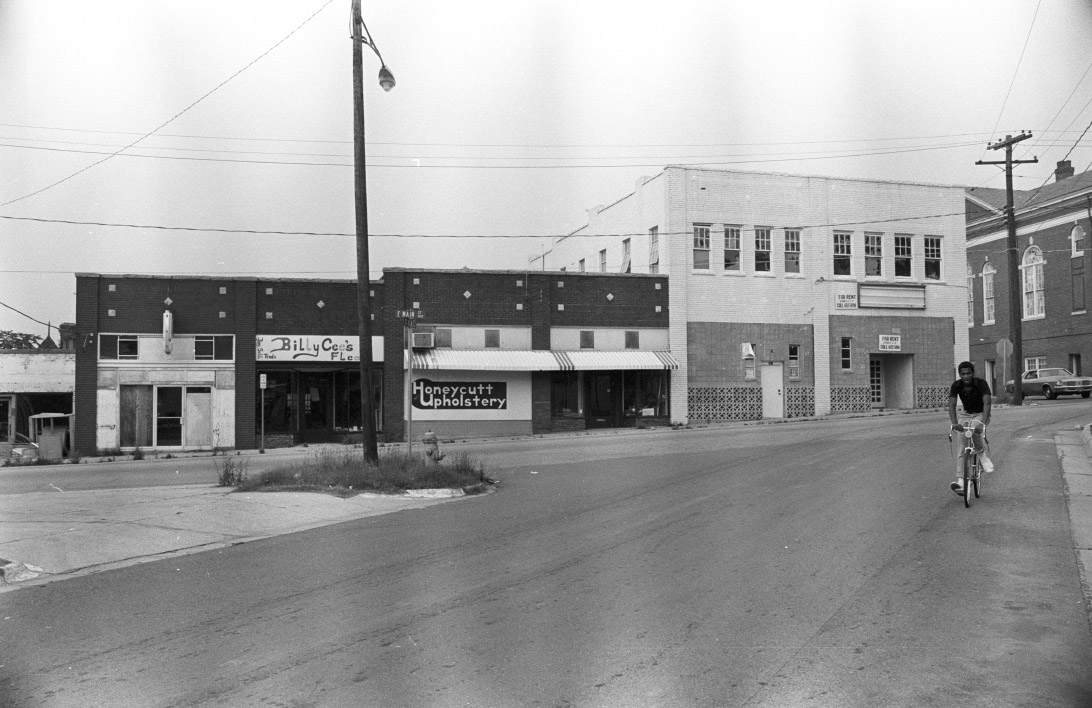 951-953 was built in the mid-1920s; like many of the structures to its west, it replaced earlier frame mercantile structures. 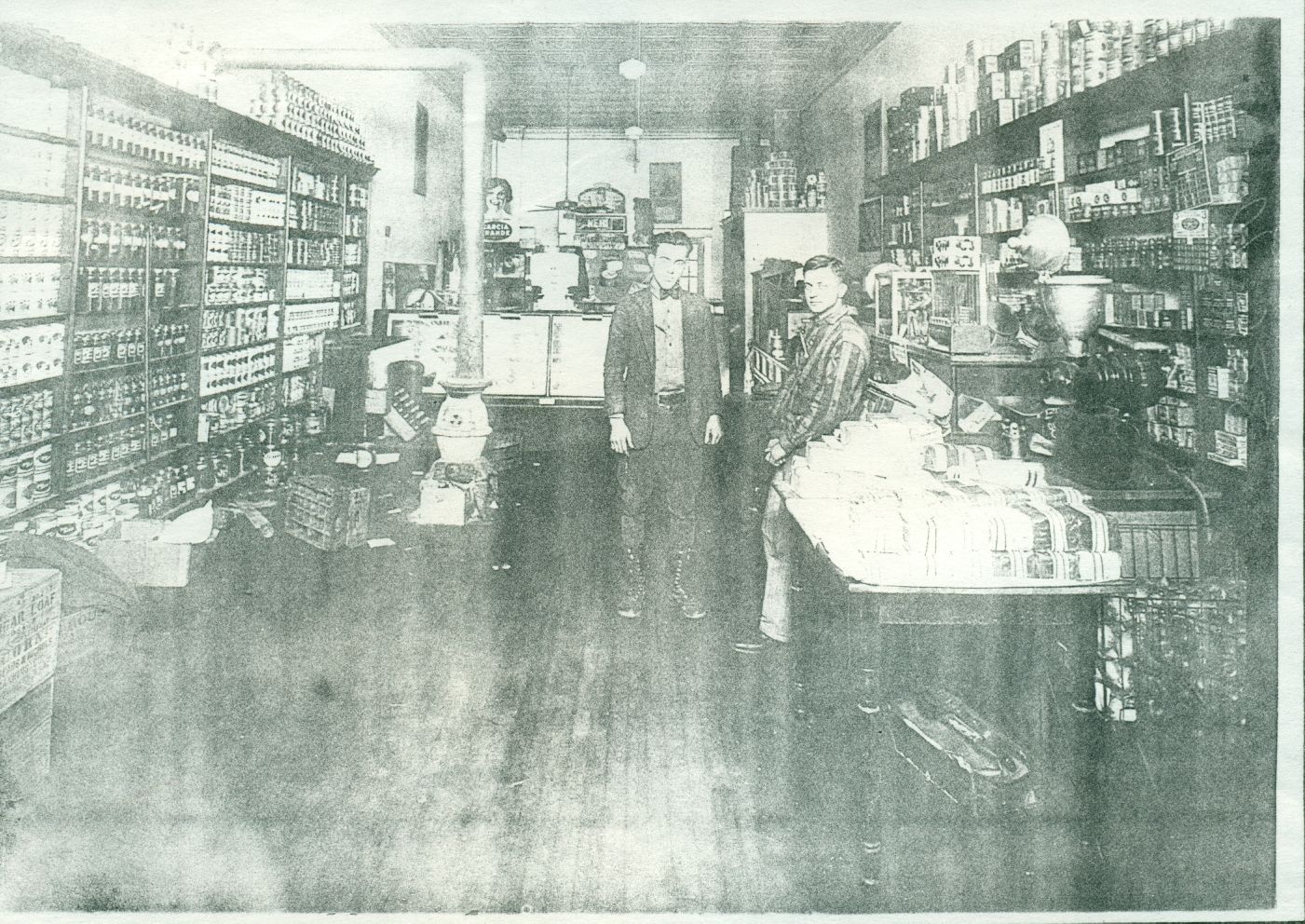 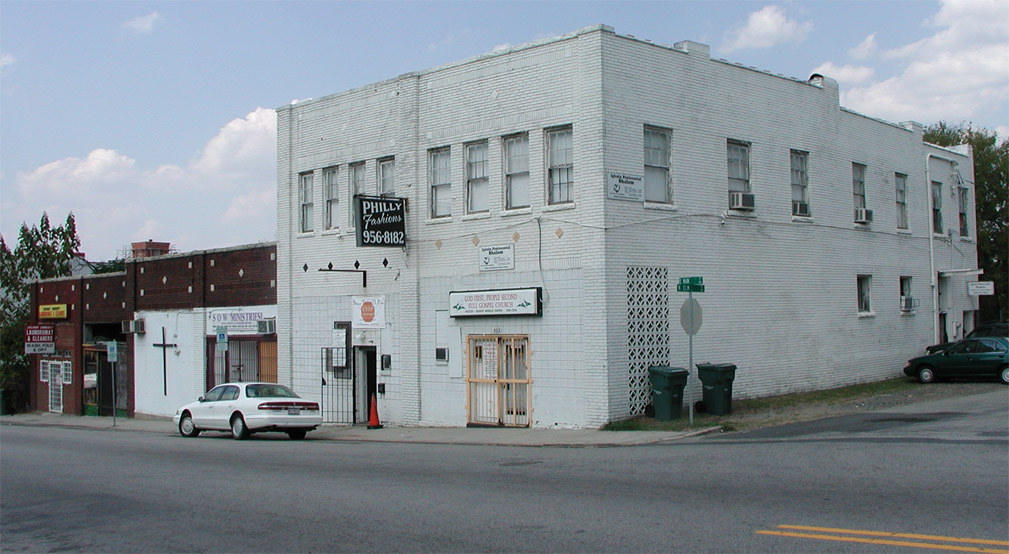 For baffling reasons, 951-953 was listed as a non-contributing structure in the Golden Belt NR district in 1984 because the lower facades were "completely altered" with cinderblock infill. Give me a break. One day with a sledgehammer, and it's completely fixed, and new glass in those storefronts = good as new (old.) This is a fine building, with the important bits completely unaltered. But to take tax credits on restoring this building, somebody now has to go through convincing SHPO that it's contributing. Thanks, historic consultant, for making resoration of this building that much harder.

Of late, 951-953 primarily seems to incubate storefront churches; I don't think "Philly Fashions" is still around. As with its neighbors, I would love to see the return of storefront retail to this strip; however, one thing I've learned through experience (and shattering of my previous illusions) is that retailers - no matter how progressive the product or mission, how start-up-ish or cutting edge the entrepreneurs may be - are quite conservative when it comes down to their money and their business, which translates into location preferences that highly favor the west side of town, combined with parking desires that would do a Wal-Mart proud.

I don't blame them - there is a lot of rhetoric about transit and reducing the size of parking lots out there, but much of it evaporates in the moment a parent is trying to find a spot for their minivan full of progeny. Personally, I think people are more resourceful about parking than retailers give them credit for, but nobody wants to be the odd-store-out on parking availability.

It only particularly bothers me when the business rhetoric doesn't match the location - i.e., the Sustainability Store whose mission is to save the planet, care earnestly about their employees' pets, and to never stop being Concerned about the under-everythinged folks in Durham - as long as they can do it from somewhere south and west of ~Mangum St. - or wherever the latest Acceptability Line is in downtown Durham. At least the big grocery chains, etc. are somewhat more honest about it - just show them a census tract map to ID where the wealthy folk are, and that's where they'll be. 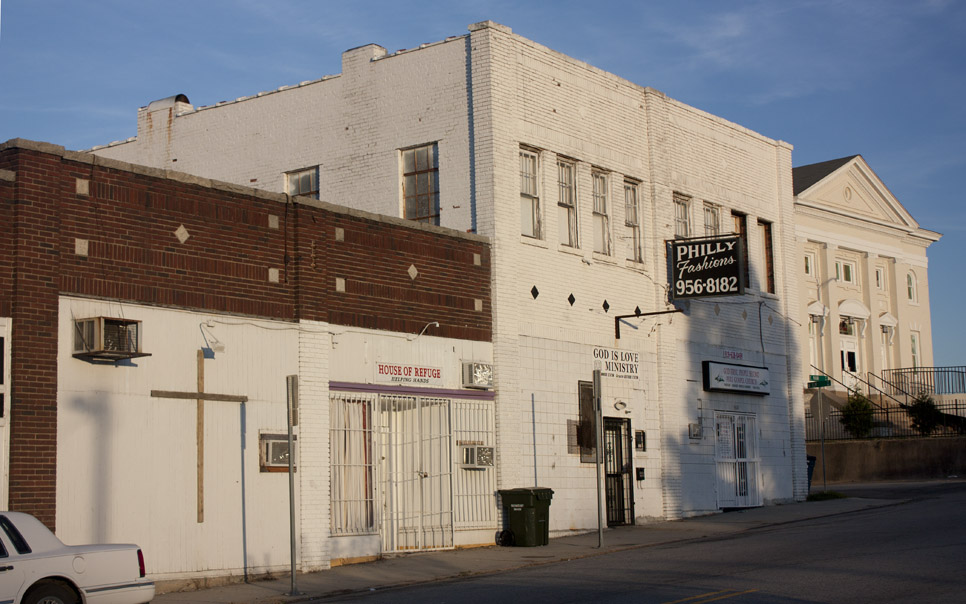 I don't disagree with you on

I don't disagree with you on the parking issues, but is it truly due to retailers desiring that much parking or is it the city requiring it?

When we opened our business (in another town), we were required by city ordinance to prove we could provide a certain number of "dedicated" parking places per square foot or per seat (for foodservice) PLUS one per so many employees. Becuase it was an older downtown with few actual lots (although plenty of parking spaces) that immediately cut several otherwise desirable downtown locations from our options unless we could get the city council to grant an exemption...which wasn't bloody likely because (as they told us to our faces) we weren't "a known name." (WalMart and Starbucks, on the other hand, got the moon - permit exemptions, tax breaks, fee rebates, whatever they asked for.)

Agreed that parking requirements can sometimes be an onerous and out-of-step requirement for many towns - but all of downtown Durham has had no required parking since the downtown overlay was first put into effect - in ~2003? (Sorry - I can't remember exactly - someone feel free to correct me.) Retailers (and office users) ask for significant parking despite the lack of ordinance requirement.

I am submitting here a

I am submitting here a picture showing the truck used by Bowen Brothers and Holt who occupied 951 as listed above in 1928. The house in the picture was the home of Rawls Coston Bowen, one of the Bowen Bros. The other brother was Elbert Dickey Bowen. 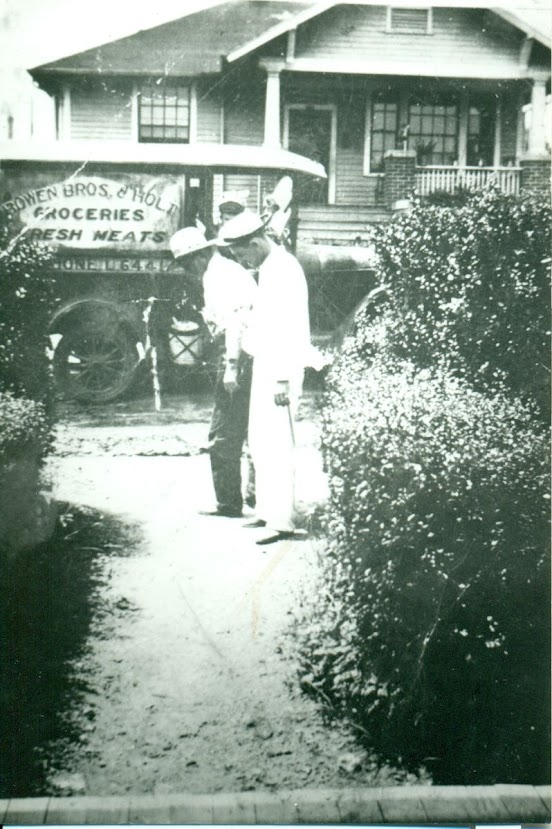