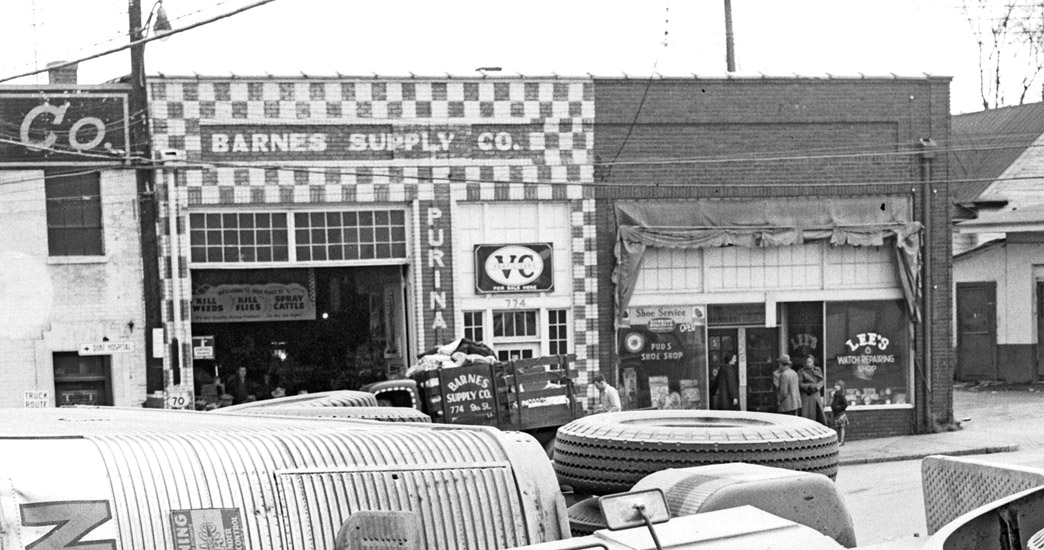 A masonry structure was built at 772-774 Ninth Street in the early 1920s, brick-faced with a tile roof, which housed the West Durham Garage. (For whatever reason, this Spanish Revival style was very commonly used for 1920s-1930s auto-related businesses - one remnant of this style in Durham is the former Aldridge Motors building on Morgan St. or the nearby Murdoch building at West Markham and Broad Sts.)

By the mid-1930s, the garage was out of business, and the building was occupied by two tenants - a surprisingly libertine combination for North Carolina. 772 was occupied by ABC Store #3, and 774 by the Atlantic Company, wholesale beer distributors.

It appears that in the early to mid-1940s, the former garage building was torn down and replaced by a new masonry structure (at the same time that its neighbor, 776 Ninth St. was constructed.) The new brick masonry 772-774 Ninth St. was again occupied by the ABC Store (at 772,) but the beer wholesaler had departed. 774 was occupied by the Durham Transportation Company bus service, which also occupied 776.

In 1946, LR Barnes, upon his return from serving in the Army during World War II, opened the Barnes Supply Company at 774 Ninth St. Per a 1951 writeup, the store "handle[d] a complete line of general farm merchandise, featuring feed, seed, hardware, etc." 772 Ninth St. was occupied by Pud's Shoe Shop. By the 1950s, Barnes had expanded to occupy both bays of the building. 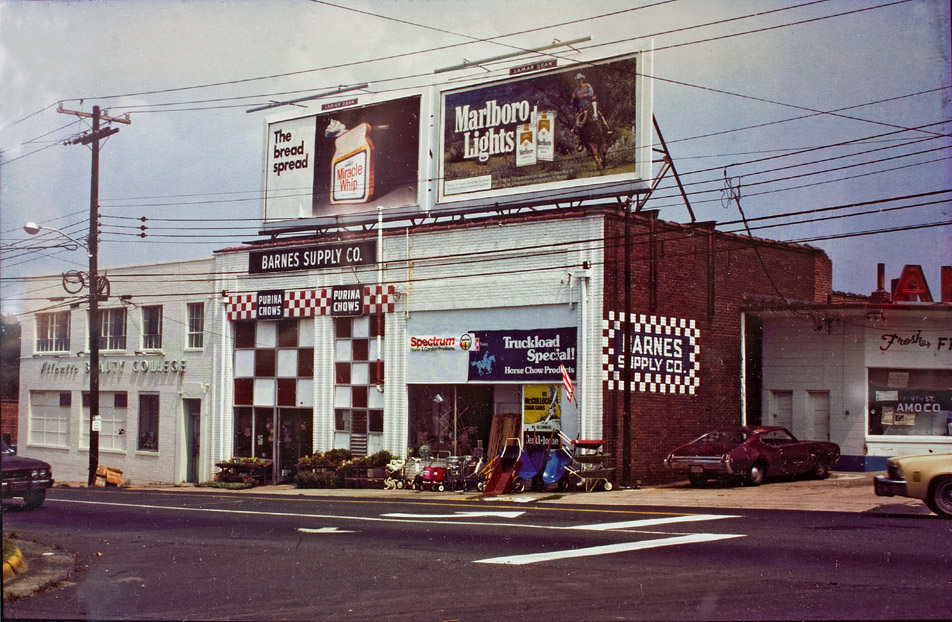 Barnes Supply remains in business, and is, with the closure of McDonald's drugstore, the oldest business on Ninth Street. 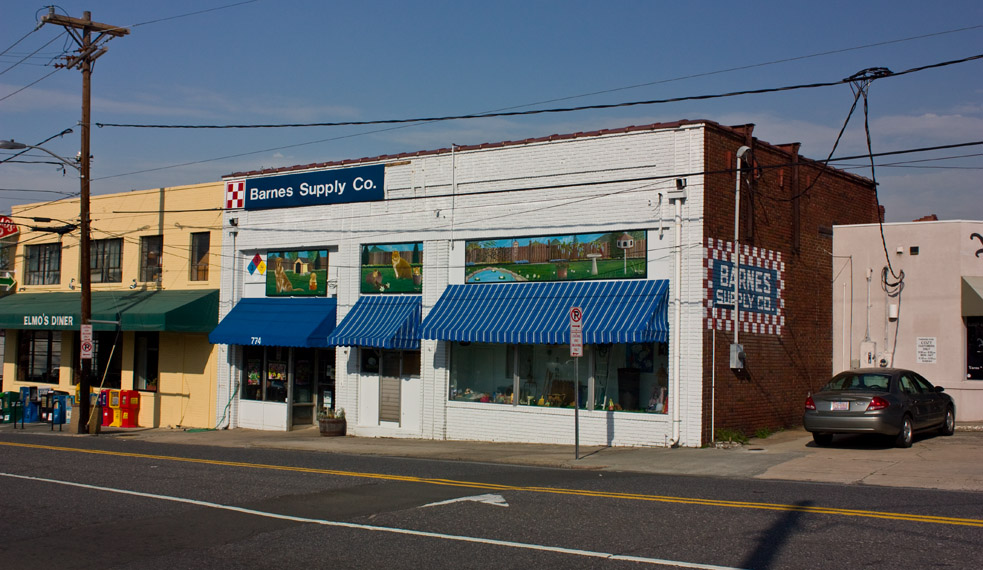 Another pic with the truck

Another pic with the truck flipped on its side....yet doesnt seem to be the focus of the picture. Wonder what the story with that is....

Same picture, and I'm the one

Same picture, and I'm the one who changed the focus. The full picture is from a distance back, and shows the whole truck. But you can't see the buildings very well at that size. Scanning these negatives at a high enough resolution allows me to get this background detail - on the large format negatives, like this, you can read the signs in the buildings, etc.

Thanks for the explaination.

Thanks for the explaination. You do a fantastic job with this website!!

"Love" the billboards on the

"Love" the billboards on the roof of Barnes Supply. How would a flashing electronic billboard displaying Miracle Whip & Marlboros every 4 seconds feel to you? A little ill, huh? Thank goodness the City of Durham and its citizens had the forethought to end billboard clutter. Let's keep it that way.

Perhaps a little historic preservation is needed. Bring back the billboards!