Originally the Hometown Sales and Service - a dealership for Kaiser Frazer automobiles, 410 W. Geer has housed the predecessor to Blue Cross Blue Shield of NC, the North Carolina Fund, and now is the Trotter building - an event center and retail space.

410 West Geer Street was built between 1943 and 1947, and apparently first housed a business called "Hometown Sales and Service". The business was run by the Leathers family; they were dealers of Kaiser-Frazer automobiles.

In 1951, it became the headquarters of the Hospital Care Association, the George Watts Hill insurance concern started in the 1930s. 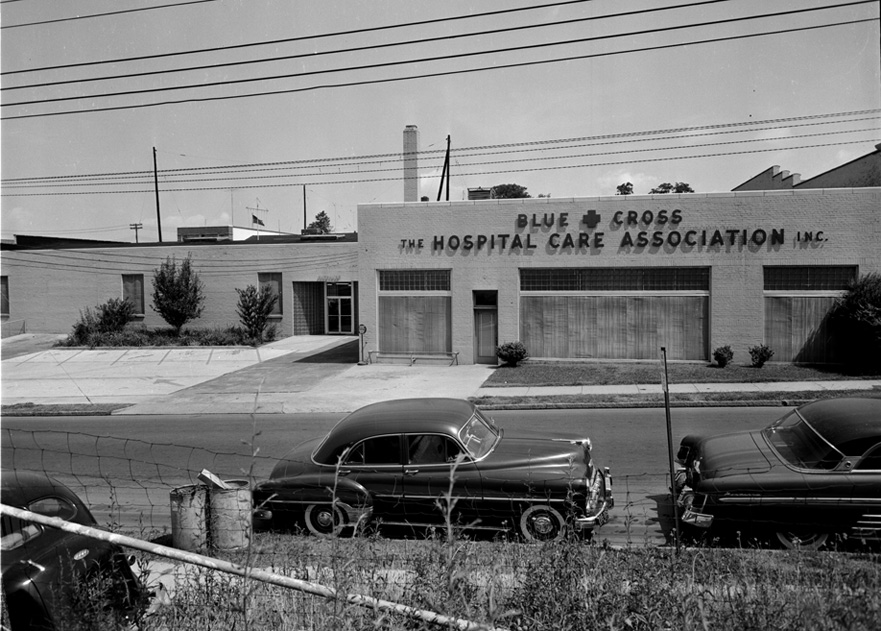 In 1961, the HCA built new headquarters on S. Duke St.. The building at 410 W. Geer then became the Durham headquarters of the North Carolina Fund, created in 1963 by Gov. Terry Sanford, who said the following at the inauguration of the program:

“It is not enough to have here the most powerful nation in the world and then admit we are powerless to find ways to give our young people training and job opportunities. In North Carolina we want to go into a few communities and say to the leaders of school and government and welfare and health and charity, let’s see if together in a few neighborhoods near here we can’t break the cycle of poverty and give these children a better chance.”

Per the website for the documentary "Change Comes Knocking", the NC Fund encouraged communities around the state to create local agencies called "Community Action Programs" (CAPs). For 5 years, the Community Action Programs implemented "innovative and experimental actions" with the input of low-income members of the community. More info about the NC Fund is available here. 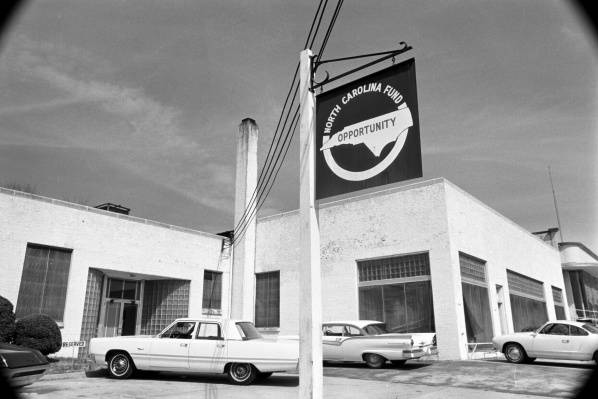 By 1975, the building housed Carolina Office Supply, and, in 1990, Blue Cross Blue Shield was once again utilizing the building (BCBS-NC evolved from HCA.) By 2000, the building was housing Strawbridge Studios, a photography studio.

This building and the former Texaco/Sinclair station next door are currently owned by Bob Chapman of Traditional Neighborhood Development Partners. Kudos to Chapman for actually proceeding with renovation in the Central Park area, and doing a fine job with the adaptive reuse of this structure and the gas station next door. This structure is now referred to as the "Trotter Building" - which Chapman named after a family member who owned a jewelry store in uptown Charlotte.

As of 2012, the building has become a successful event venue, and houses several businesses, including Patanjali’s Place yoga studio and CrossFit Durham fitness center. 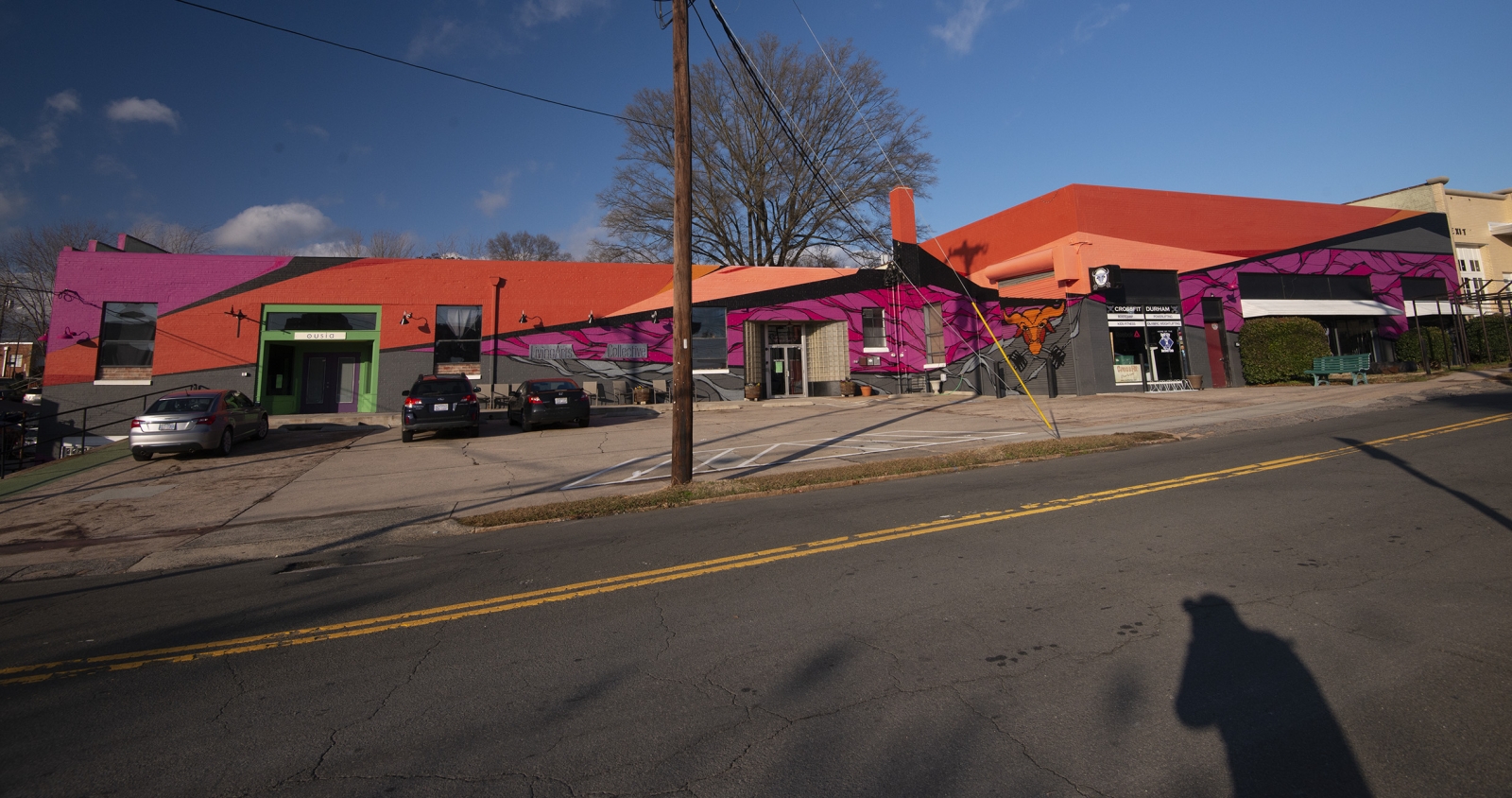 The North Carolina fund is

The North Carolina fund is the subject of a recent award-winning documentary called Change Comes Knocking, directed by Rebecca Cerese.

Ditto on the kudos to Mr. Chapman. He's allowed things like plays from Manbites Dog Theater to be performed in the space as he's searched for a tenant. In the last week or two, a yoga studio opened in that space.

Thanks so much for the additional info - I've updated the post with more information from the page for the movie.

Isnt this the new HQ for the

Isnt this the new HQ for the local "Traction" organization?

Glad to hear somebody moved

Glad to hear somebody moved in. Some signage would be great and really make it pop.

Ditto to the request for

Ditto to the request for signage. It needs some recognition - why so bare? Len, from adjacent Old North Durham neighborhood

The right side of the

The right side of the biulding is home of CrossFit Durham, they've been in the space for a couple of years now.... complete with signage.