As the area near Gregson and Duke became increasingly commercialized during the 1920s, several auto related businesses established themselves here, including the Nash, Dodge, and Studebaker dealerships near Duke St., and service stations such as Griggs and Couch and the Pure Oil Station at Main and Morgan. The Aldridge Motors service station, on the southwest corner of N. Gregson and Morgan was another of these early service stations. Like many of the service stations of its era, there was an emphasis on architectural details that is, well, completely absent in the modern gas station. Tile overhangs, supported by decorative brackets, projected off the northeasterly facades.

Below, a snippet of the movie from which the above spliced still frames were taken, showing a brief pan over the station (at about 50 seconds in.)

By the late 1940s, this had become "Durham Hudson Motor Co", a car dealership. 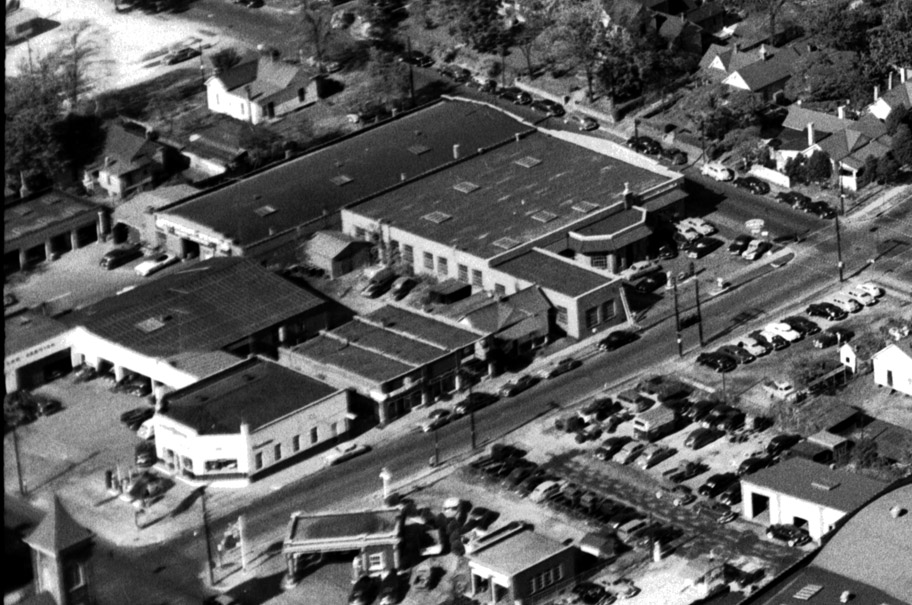 After Hudson Motor Co. went out of business in the late 1950s, the building was occupied by Clear-Vue glass in 1962. The business seemed to focus on auto-related glass early on, but has become much more of a custom applications shop now. 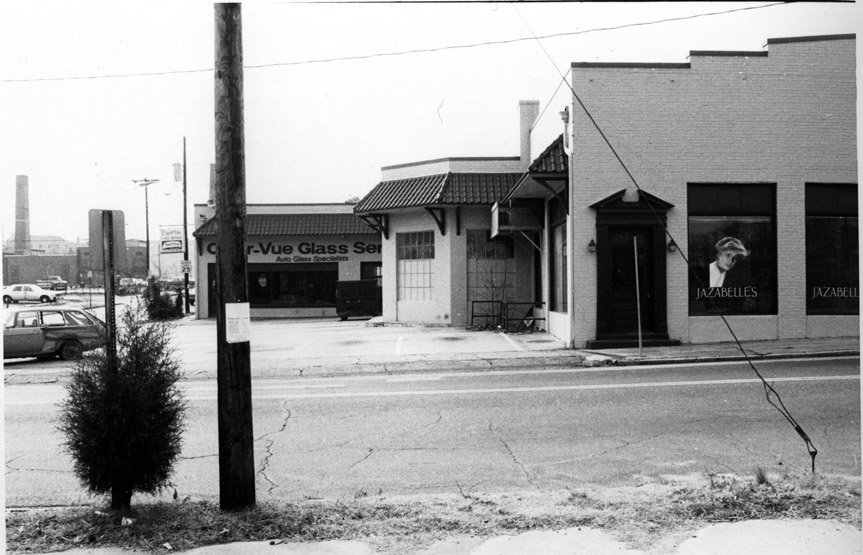 It is a very well-preserved set of buildings - a rarity for these early 20th century service stations.

In 2012, Clear-Vue Glass moved to a newly renovated building on Rigsbee Avenue. Their former space was renovated into a tasty place called Rose's Meat Market and Sweet Shop. 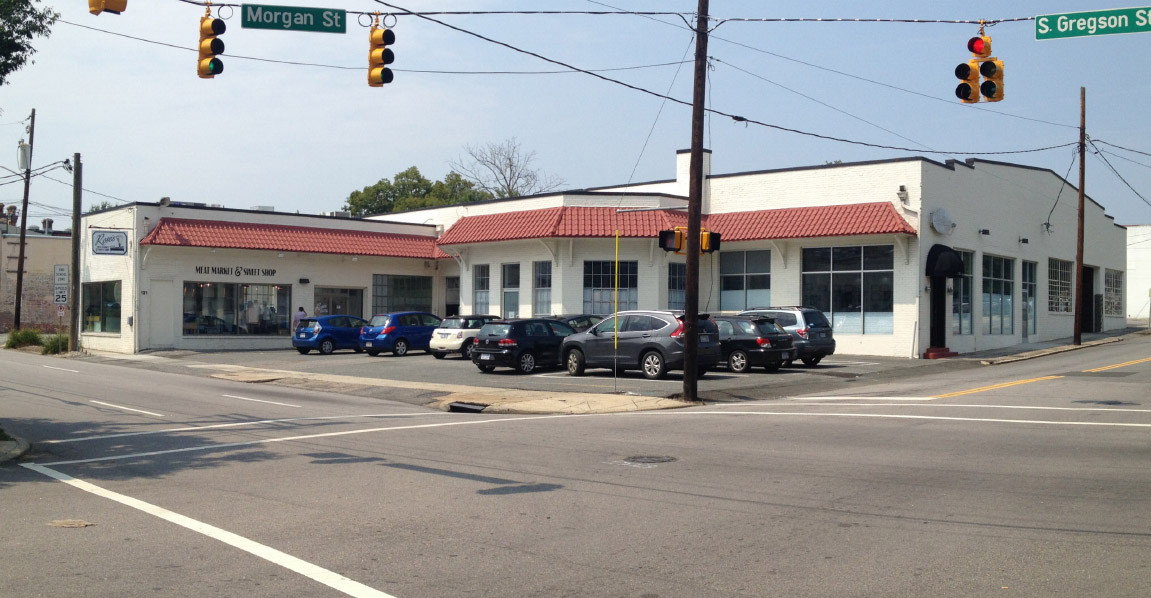 IMO, props should be paid to

IMO, props should be paid to Lee Barnes of M. M. Fowler for some of his recent gas station renovations. They actually do have some nice architectural details. The BP station on the northwest corner of Broad and West Markham is one, and, more recently, the rebuilt station at Morgan, Main, and Watts.

Unfortunately, the large, klieg-lit roof structures that keep the rain off the gas pumps somewhat obscure the finer work on the buildings. But if you take a moment to look closely, it's there.