Elkins Motor Company was founded in 1918 by Augustus B. Elkins in Mebane, NC. Elkins worked for the DuPont company in Hopewell, VA before starting the business. The dealership initially sold Studebaker and Willis Overland vehicles, but "acquired the Chrysler franchise" in 1926.

In 1933, AB Elkins moved the business to Durham, and it was initially located "in the 900 block of Morgan Street." In 1935, it moved into the former Nash Dealership at 112 South Duke St. By the mid-1930s, both his son J.P. "Ted" Elkins and AC "Coolidge" Elkins were working with the dealership.

"In discussing the two cars he sells, Elkins states his customers are particularly enthusiastic this spring about the convertible Plymouth coupe. With this car the struggle to change from closed to open car is gone. With the engine running, a light twist of the fingers on a button in the instrument panel, and the top of this coupe rises into position.

At present, Elkins has dealers in Burlington, Chapel Hill, Sanford, and Mebane, and expects to incrase this number shortly.

In Elkins used car department, there is always an average of from 30 to 400 good used cars, representing the finest to be had in their price range. Each car is checked, necessary repairs made and cleaned before it is offered for sale by this old reliable distributor of Plymouth and DeSoto automobiles." 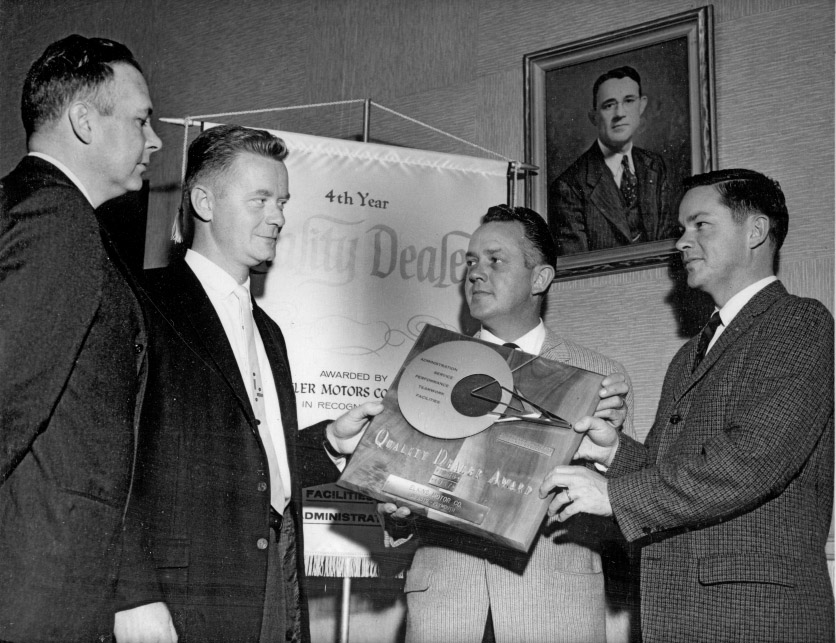 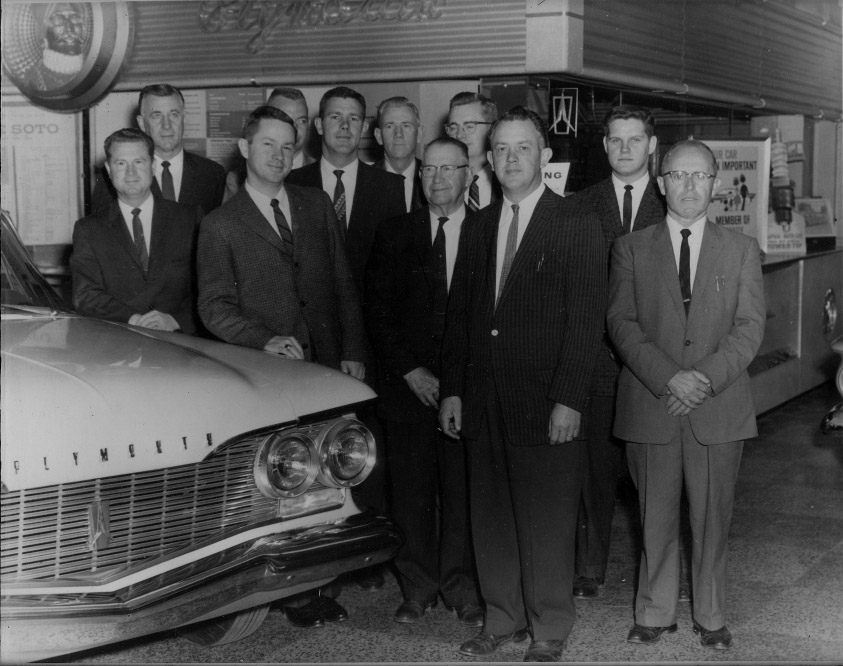 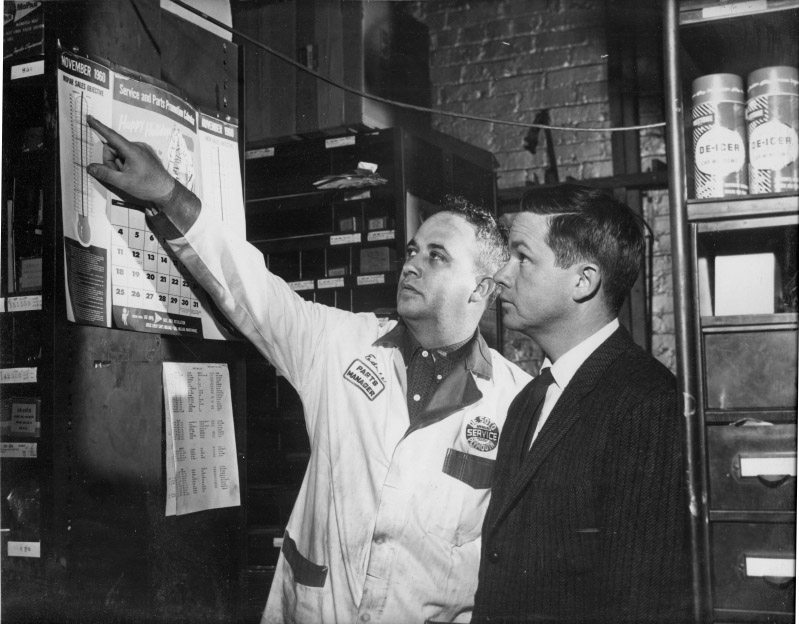 In 1969, the company built a new dealership on urban renewal-ized land between S. Mangum and S. Roxboro, adjacent to the Durham Freeway. 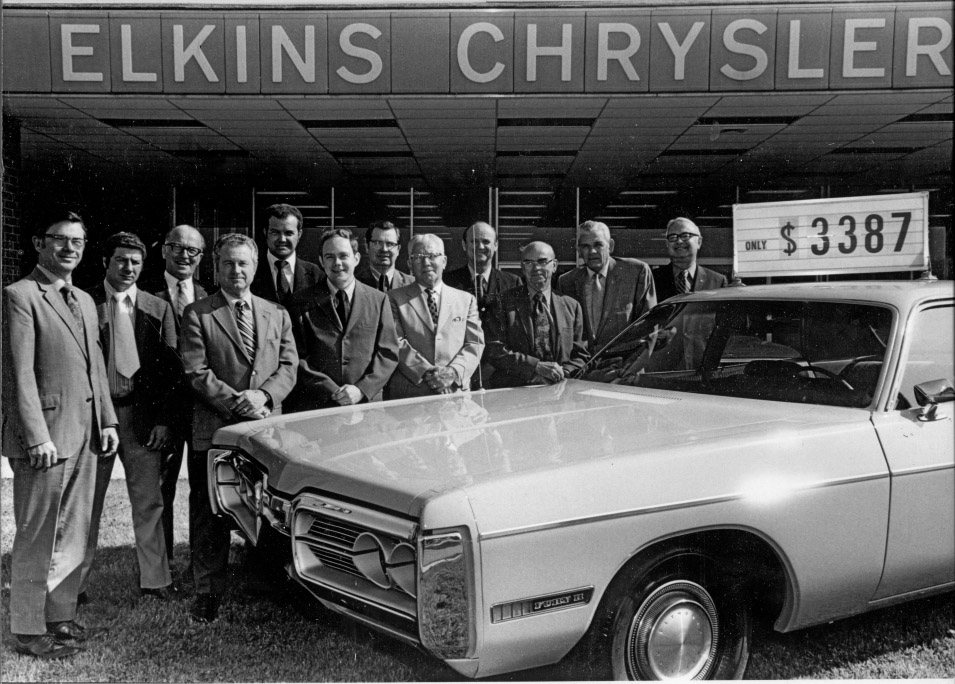 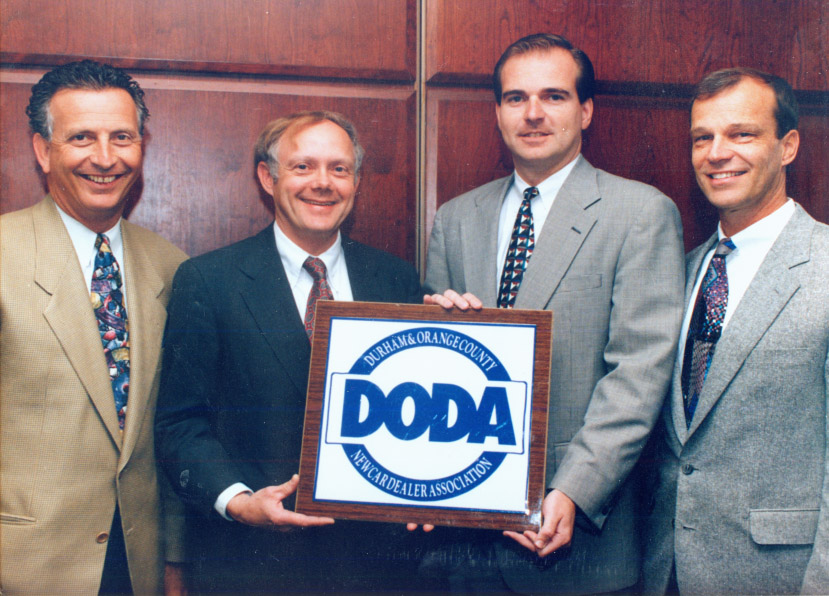 Elkins Chrysler (E & L Automotive, Inc) purchased the Mitsubishi franchise in 2002. The Mitsubishi building was built in 2004-2005. We moved the franchise into that building in 2005. (We worked out of a "sales" trailer during the planning and construction of the Mitsu building.

The Chrysler and Mitsubishi franchises were sold to David Johnson (Johnson Lexus of Raleigh & Durham) in April 2007. Johnson was forced to close the Chrysler-Jeep-Dodge-Ram store in June 2009 due to the Chrysler bankruptcy. The "New" Chrysler awarded the Chrysler-Dodge-Jeep-Ram franchise to David "Sport" Durst in August 2009 and he started operation in the old Toyota building (4513 Durham-Chapel Hill Blvd) in September 2009.

Johnson brought with him, to the Chrysler property, the Kia franchise (he purchased from Sport Durst)....I do not recall the timing, but Johnson then sold the Kia franchise to University Ford (Tony Fisher) and swapped the Mitsubishi franchise for the Jeep-Dodge-Ram franchises with Morgan Motors (Joe Morgan, Jr.)

Associated with these buildings