The people of Durham raised funds through a subscription drive to build Southgate dormitory, and name it in honor of James H. Southgate, Chairman of the Trinity Board of Trustees. Then Trinity President William Preston Few issued this statement regarding the fundraising drive to construct the building 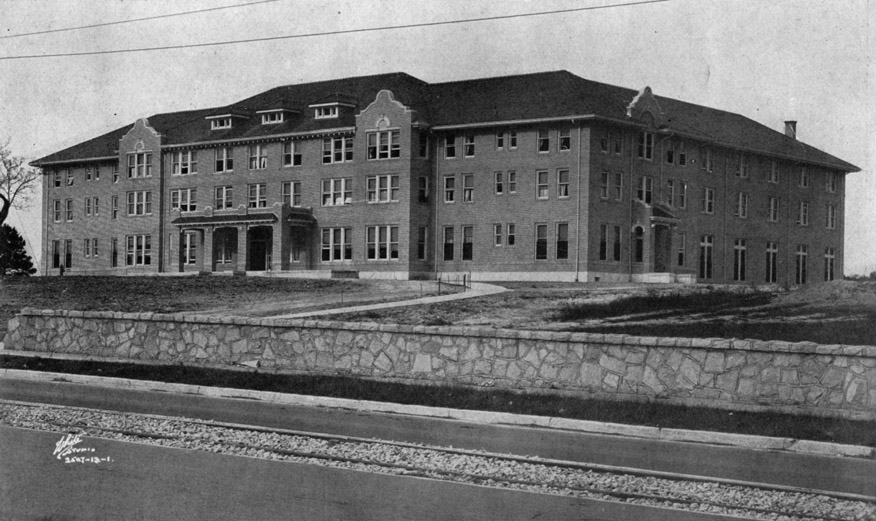 Many pieces of historical record attest to the different relationship once enjoyed between Trinity/Duke and the citizenry of Durham - particularly on the part of Durham-folk, one of pride in 'their' institution.

In that context, it is less surprising that the people of Durham raised funds through a subscription drive to build Southgate dormitory, and name it in honor of James H. Southgate, Chairman of the Trinity Board of Trustees. Then Trinity President William Preston Few issued this statement regarding the fundraising drive to construct the building

"The executive committee of the trustees have directed me to thanks the citizens of Durham for making the James H. Southgate memorial in the form of a building for women at Trinity college and also to thank the people of the whole community for their hearty cooperation in the undertaking which this Friday [March 26, 1920] at noon became a glorious success.

The movement began with $100,000 offered by a friend of Durham and a friend of Trinity College, on condition that at least $100,000 in addition be raised. Durham's answer is to date $110,000 and other contributions will come from friends of Mr. Southgate and of the cause here and elsewhere.

The college gratefully accepts the trust and will undertake to administer it in such a way as to do the most good. The building will be begun at the earliest possible moment.

The value of the college to the town from the business viewpoint has received some emphasis, and that is well. But everybody will of course always expect the college to be influenced not by commercial value and to go forward along solid lines and with high aims rather than take short cuts that lead to mushroom growth and doubtful success. Especially will all our people need patience as administrators of higher education seek to adjust the processes of intellectual training to the new responsibilities that are coming to the women of America. 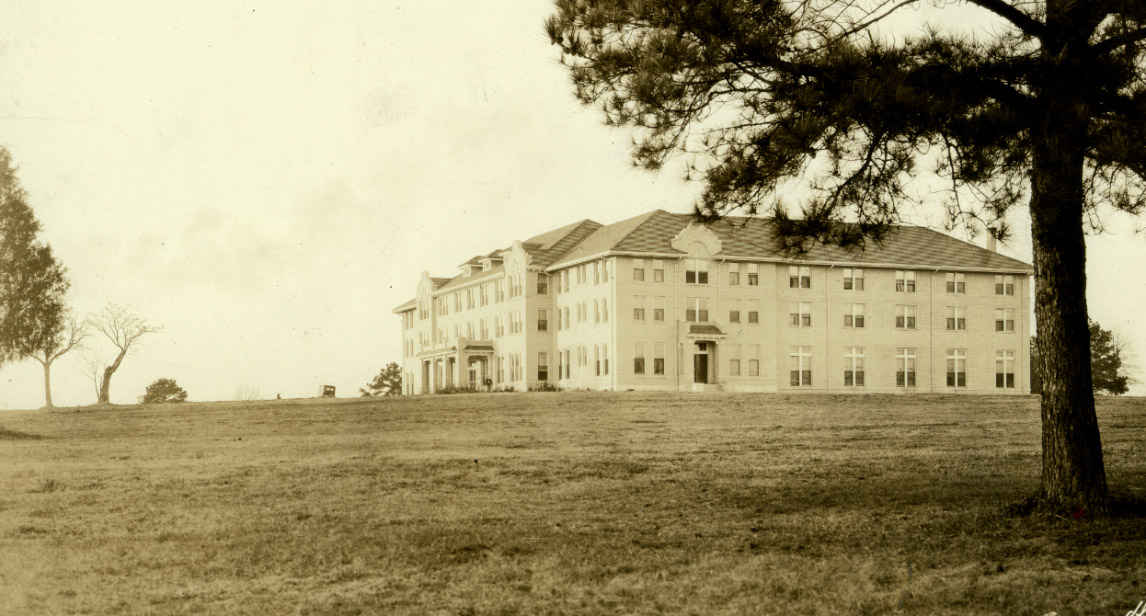 Mr Southgate saw before most men that women were to have a larger and juster share in the life of the world. Trinity was among the first of the colleges, if the not the very first, of the colleges for men in the old south to offer to women opportunities of higher education. This memorial, in this form, in this place, seems then most appropriate and we are all most grateful for it.

I am particularly grateful that Durham united whole-heartedly in this campaign. It means much for the college and for the town. With this unity made permanent Durham can become the most influential center of population in North Carolina. I am glad that Durham in this great way has honored one of her noblest sons. Durham is blessed perhaps above every other town in the state with public-spirited citizens and generous benefactors. It is well for us to give expression to our gratitude and now we have set an example that is sure to be followed not only here but elsewhere.

Southgate would open as a dormitory for female students that year and would remain so for a period after Trinity became the Women's college. For a brief period during the 1930s, though, the building housed male engineering students - in the late 1930s it reverted to a women's dormitory, which it remained until after 1972. 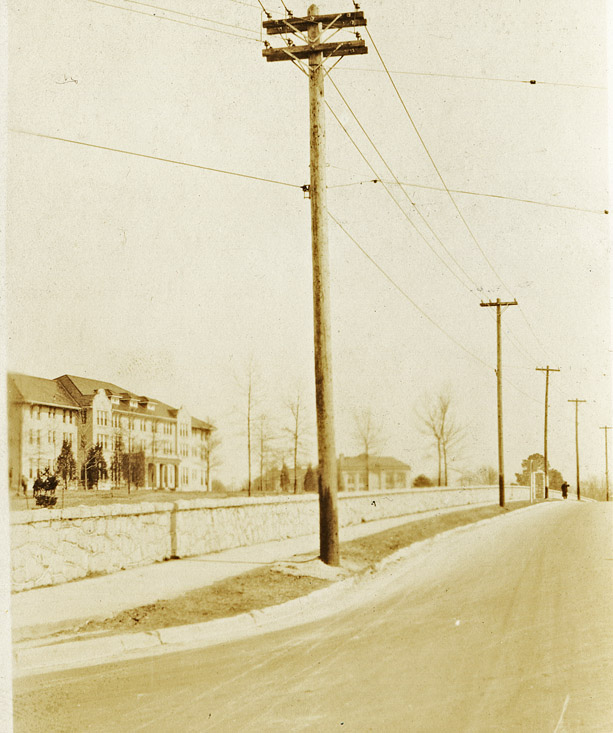 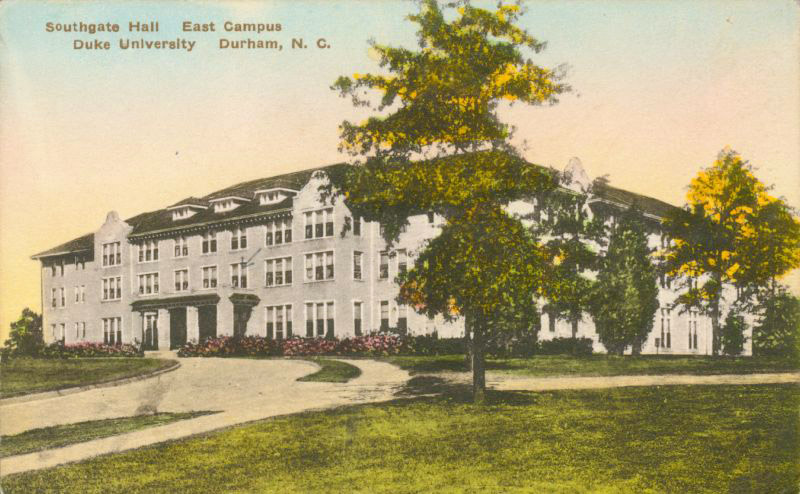 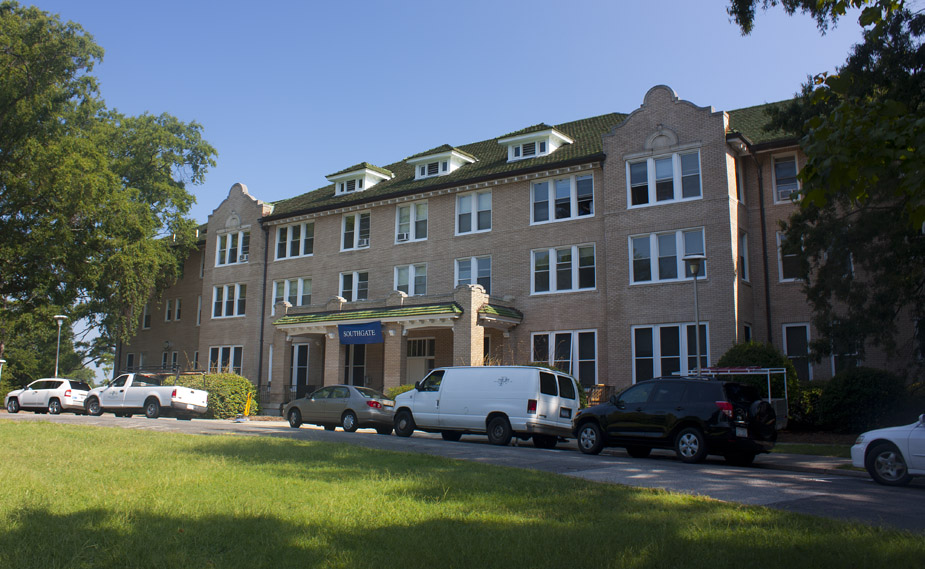 A correction is needed:

A correction is needed: Southgate became a co-ed dorm as of the beginning of the Fall semester in 1971. I was an incoming male freshman then and a Southgate resident. Wonderful memories . . . .