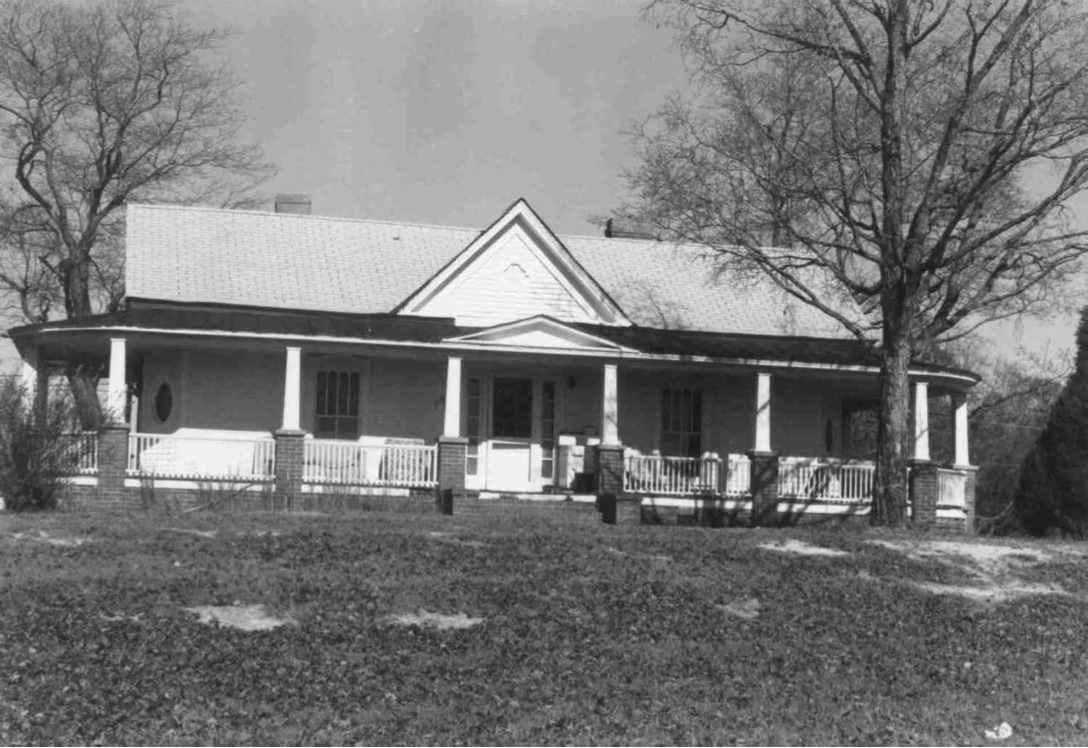 Late Victorian and Craftsman-style features are featured here on the popular one-story, one- room-deep house form. When James and Ida Rhew built their three-bay, tri-gable house in the early twentieth century, they embellished it with simple Victorian decoration. Clipped corners at either end of the house are ornamented by a single oval window, and tall chimneys at the rear of the house have corbelled stacks. A central entry door is flanked by sidelights, and windows have pedimented lentils with sawnwork decoration. A small rear ell with identical windows and surrounds was built at the same time as the house. The porch roof follows the contours of the house, and turned pilasters with sawnwork brackets remain at either end though brick pillars and boxed columns of the Craftsman-style have replaced originals elsewhere. Around 1930 a larger ell was added incorporating a kitchen or an earlier structure with a massive fieldstone and brick chimney that has been covered with concrete. A modern deck adjoins the ell on the west facade. Early-twentieth-century outbuildings behind the house include a frame smokehouse, a garage, and a packhouse with metal siding.