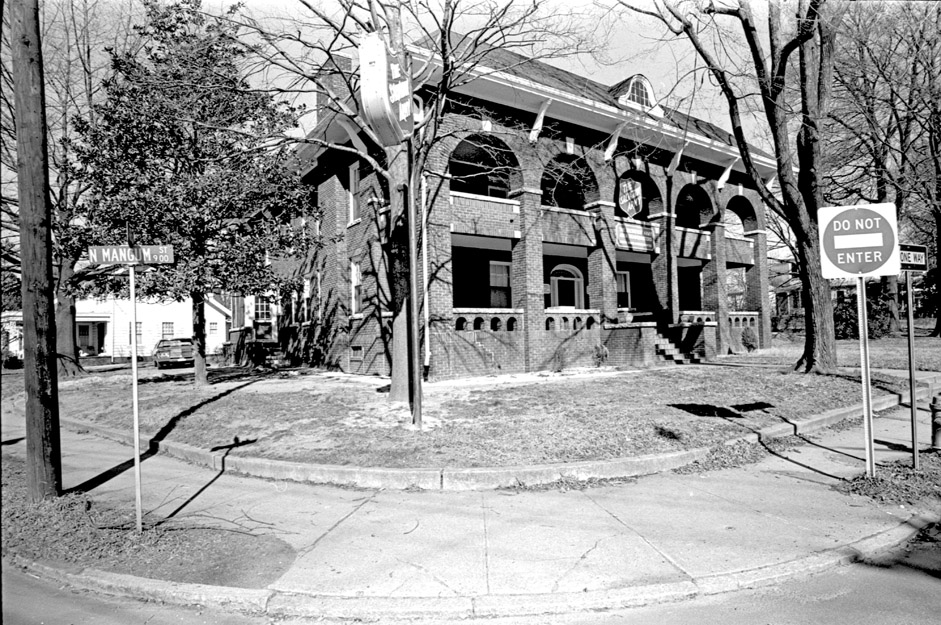 The Perry Building was another of several 1920s-era apartment buildings that accompanied the transition of the near neighborhoods to higher density development, and the shift of Mangum and Geer Streets to major transportation corridors.

An earlier 2-story frame structure stood on the northwest corner of N. Mangum and W. Geer. 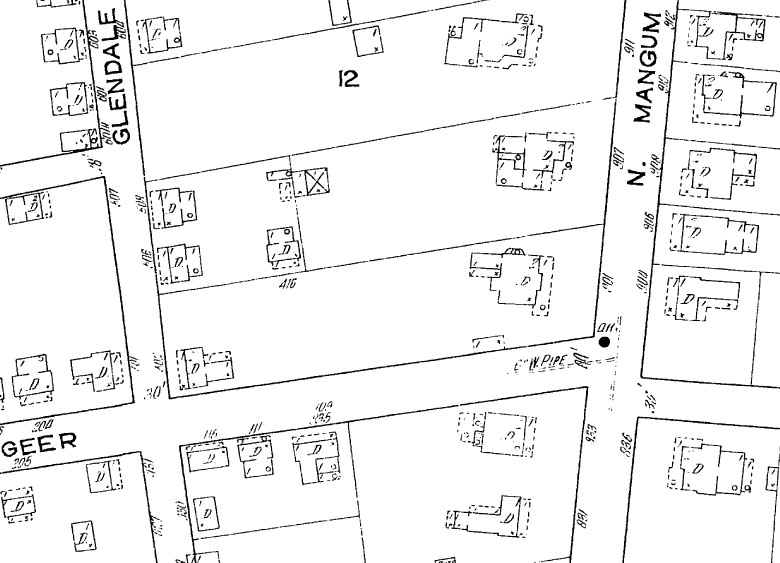 It was torn down in 1928 and replaced with the Perry Building. 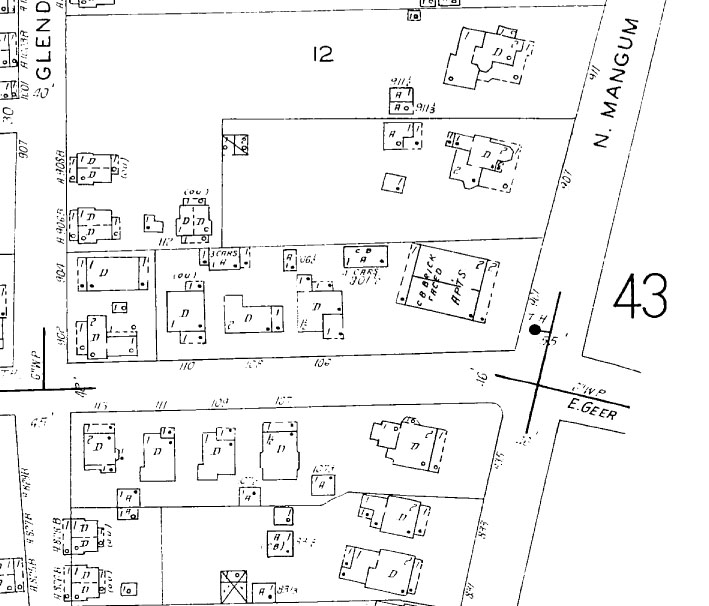 Consisting of 4 apartments with front porch/balconies, the Perry building was, like the majority of the 1920s apartment buildings, brick construction with copious detailing - keystone arches, stone-topped arched rails, a single mission-style dormer (which I suspect lost its detailing at some point) and a large fanlight above the front entry.

Later in life, the Perry building evidently became a shelter or office for the
Salvation Army in Durham.

That organization moved to the former Durham Sun building in the late 1970s or early 1980s. It was converted to a 4-unit condominium building during the 1980s. 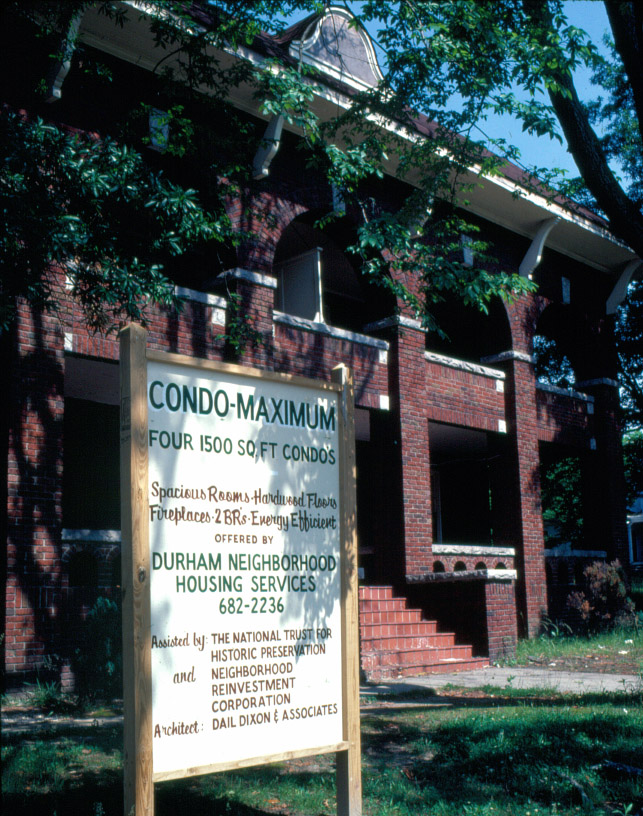 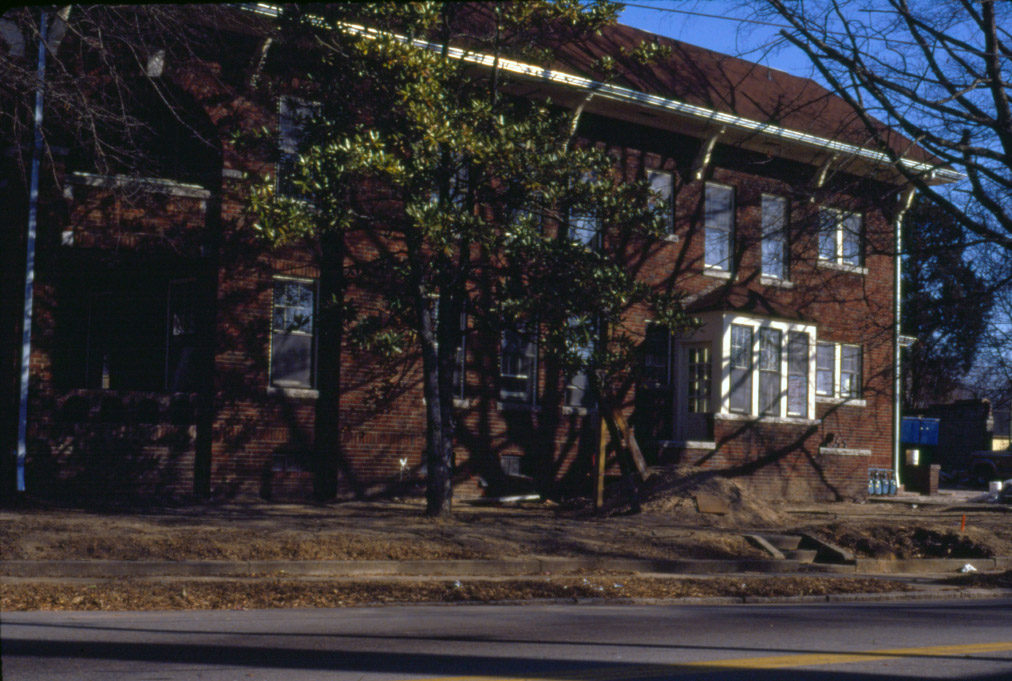 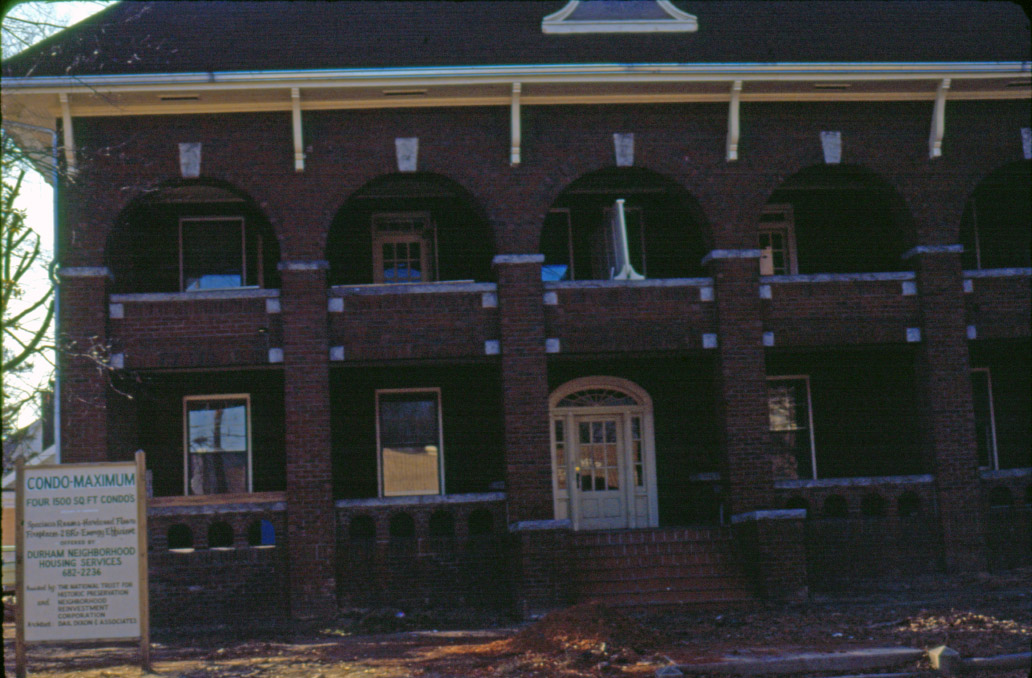 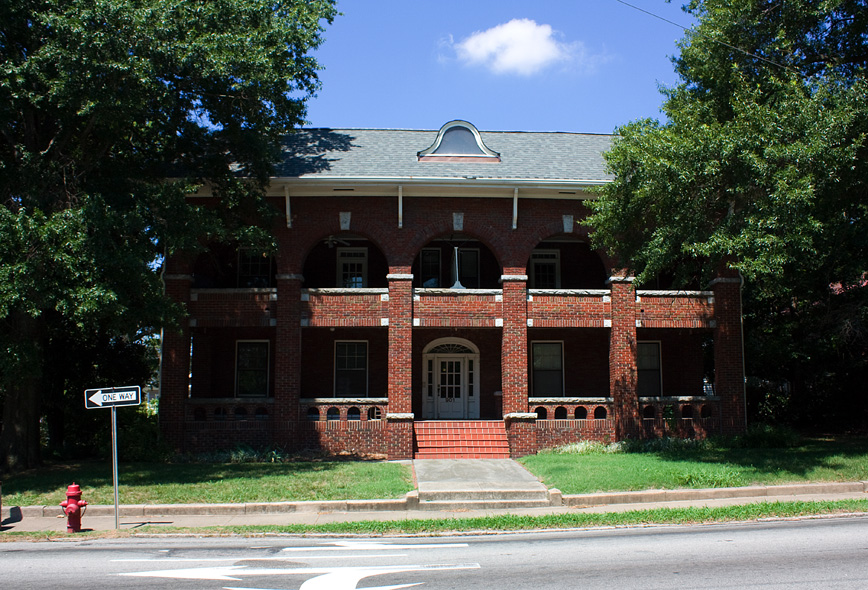 This was converted to condos

This was converted to condos around 1984 by a now-defunct non-profit organization called Neighborhood Housing Services. (NHS blew up in the 1990's in some kind of funding scandal.) Anyway, the idea was that buyers of the condos would do a certain amount of work as their downpayment, and skilled trades did the rest of the renovation. I've never seen the inside of one, and have always been curious to do so,

Before NHS converted the buildings to condos, the building was occupied for awhile by the Salvation Army which, I believe, had a thrift store there, and used some of the space as shelter for the homeless. The building, I understand, was not in great shape when NHS took over.

What a handsome building. I

What a handsome building. I see lots of good bones...

The Perry was actually an

The Perry was actually an office for the Salvation Army. The interiors have touches of Deco and earlier- crystal doorknobs, French doors and brick fireplaces...