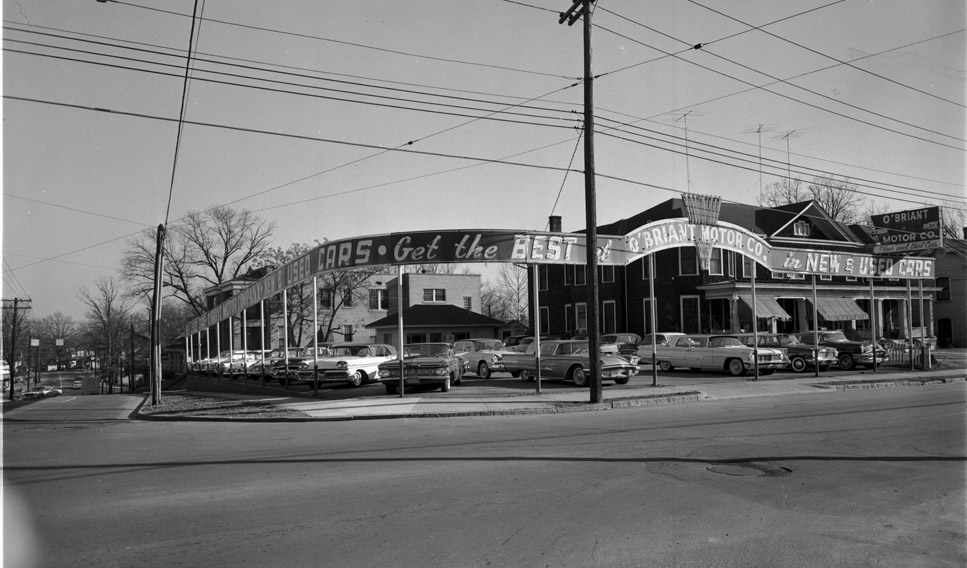 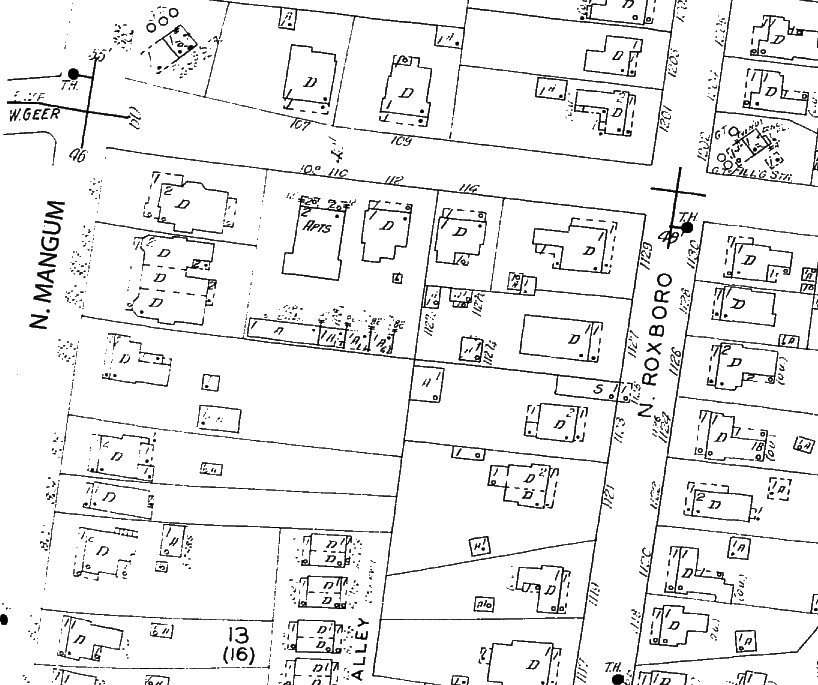 I haven't uncovered any pictures of the two-story frame house that stood on the corner of West Geer and North Mangum through the 1950s. From the above 1937 Sanborn map, it appears to have had a large, wrapped front porch and projecting bay windows on the north side. The building immediately to the south of it, however, was the Bellamy Apartment building, constructed by the Bellamy family, who were cousins of Fred Geer - as in the street and the farm that covered much of what is now Old North Durham. 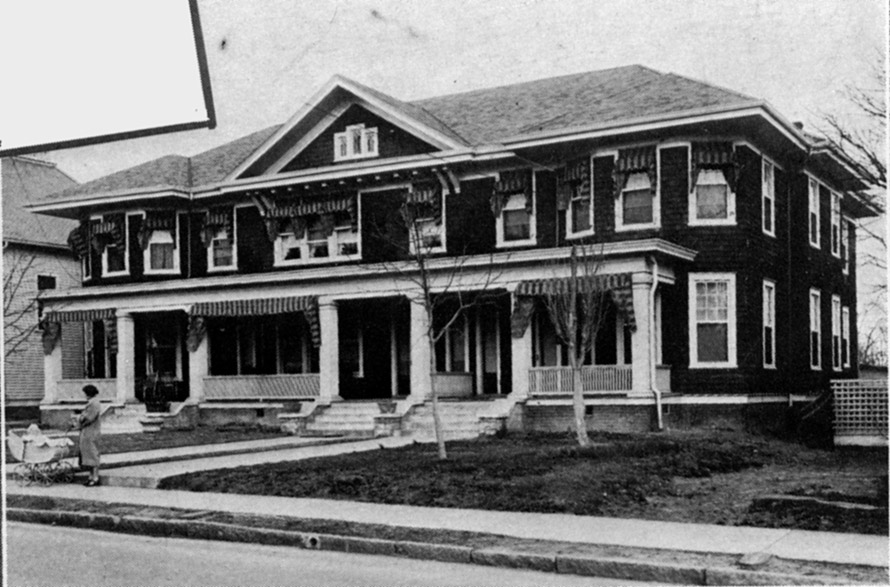 By the 1960s, the house on the corner had been torn down - replaced by a used car dealership: the O'Briant Motor Company. The Bellamy Apartments persisted next door to the car dealership.

By the 1990s, this space had been taken over by Mike's Transmission, which had started several blocks to the east, also on Geer St. The Bellamy Apartments were torn down to expand the footprint of the business and parking area.

While I have nothing against Mike or his transmission shop as a business, it is a most unfortunate land use for this corner. It stops the surrounding residential character to the north abruptly at Geer St. with its tall, barbed-wire topped chain link fence and sea of asphalt - typically filled with helter-skelter array of vehicles. This is where the revitalizing energy of Old North Durham goes to die.

While I doubt that much would influence the business to relocate and sell this property at a price that would make it feasible to redevelop it with a some more appropriate combination of neighborhood-scale commercial and residential - in an architectural package that reinforced the beauty of the surrounding neighborhood - I do hope for it.