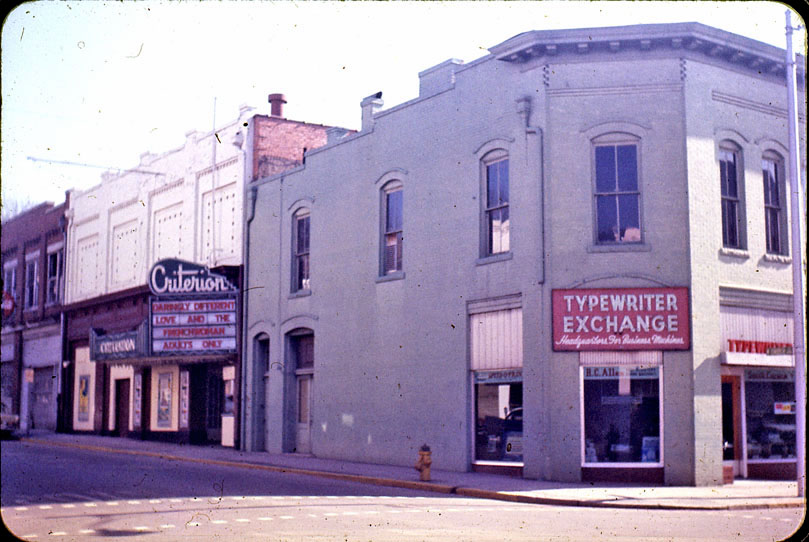 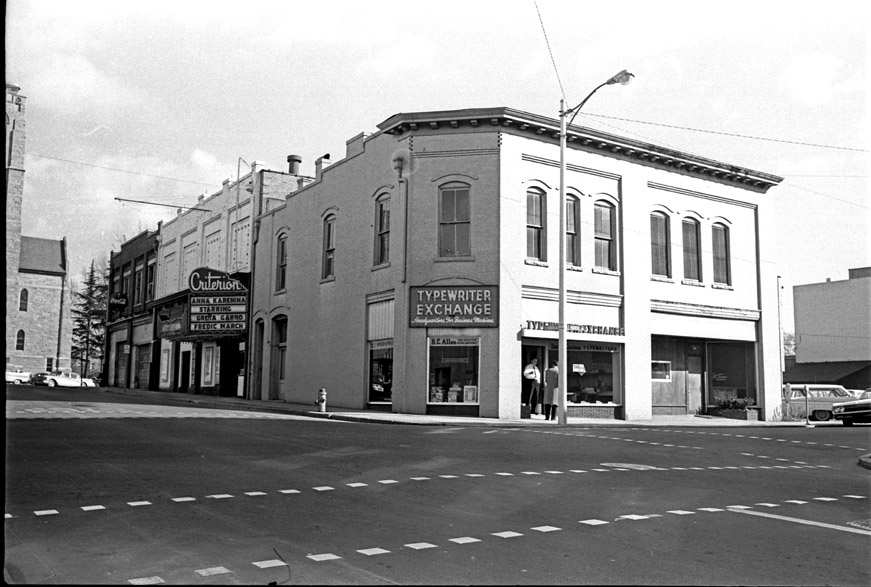 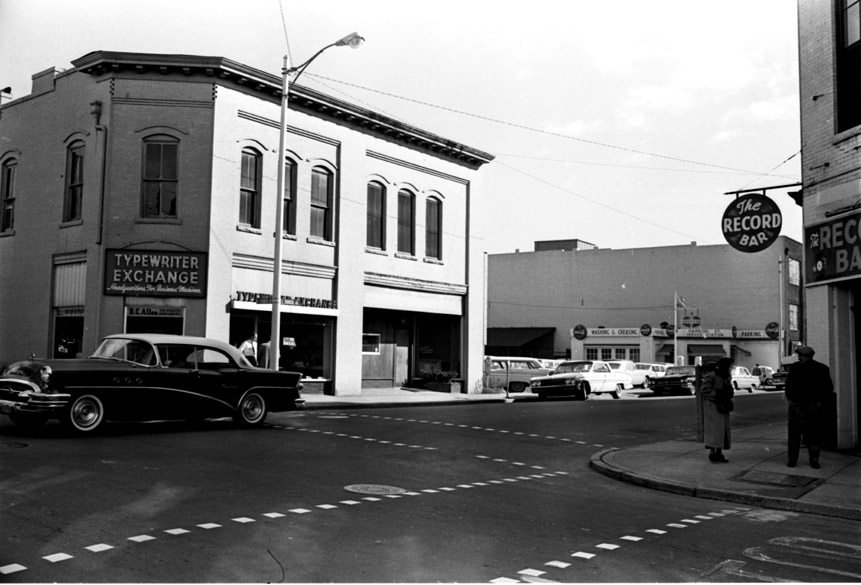 These buildings were torn down during the mid 1970s - not urban renewal - evidently just a sublimated desire, expressed as wanton Durham lust for parking spaces. And we're still in that bad relationship.

The city should put out an RFP for the development of this lot tomorrow. While I think the parking capacity exists to compensate for the loss of this lot, back in December, Michael showed how you could preserve parking and develop this lot with some creativity. It is time we did something 'daringly different' with our vacant land - like breathe some life into it.

Find this spot on a map.

I believe the top line on the

The 'Adults Only' marquee might be due to the apparently frank take on sexuality expressed in the film.

Gary asked me to repost my

Gary asked me to repost my previous comments about the Criterion. Instead of just copying them, I'll repeat them by responding to anon's comments.

If the movie, Love and the Frenchwoman, was made in 1961, then the photograph may be from that year as well. It's entirely possible that, in 1961, the Criterion was showing foreign films or independent films or something other than standard Hollywood fare. I was once looking through some issues of the Durham Morning Herald from the 1950's and there was an ad for Criterion and it was showing a Walt Disney movie as I recall. But as newer theaters were built, older theaters lost the opportunity to show big-budget Hollywood movies.

When I came to Durham, there were three downtown movie theaters that were still functioning: the Carolina, the Criterion, and the Rialto. All were old and fairly run down. Other newer theaters had opened away from down town: the Center at Lakewood, a theater at Northgate, and about 1969, the Yorktown on Chapel Hill Blvd. South Square Mall also had a theater when it opened in 1975 or 1976. Big budget Hollywood movies tended to go to the newer theaters. The downtown theaters tried to compete with other types of movies. By 1967, the Rialto was showing foreign films, arty films, and independent films. The Criterion was showing porn. The Carolina tried a lot of things including Blaxploitation films at one point.

I always thought that the Criterion was a handsome building. It doesn't show itself particularly well in this picture, but I think you would need a closeup to see some of the decorative detail.

I saw "Tom Jones" at the

I saw "Tom Jones" at the Criterion around 1965 or 66. The theater wasn't in good shape then. The joke was that it was becoming a "two stick theater." One stick to hold your seat up and the other to keep the rats at bay...