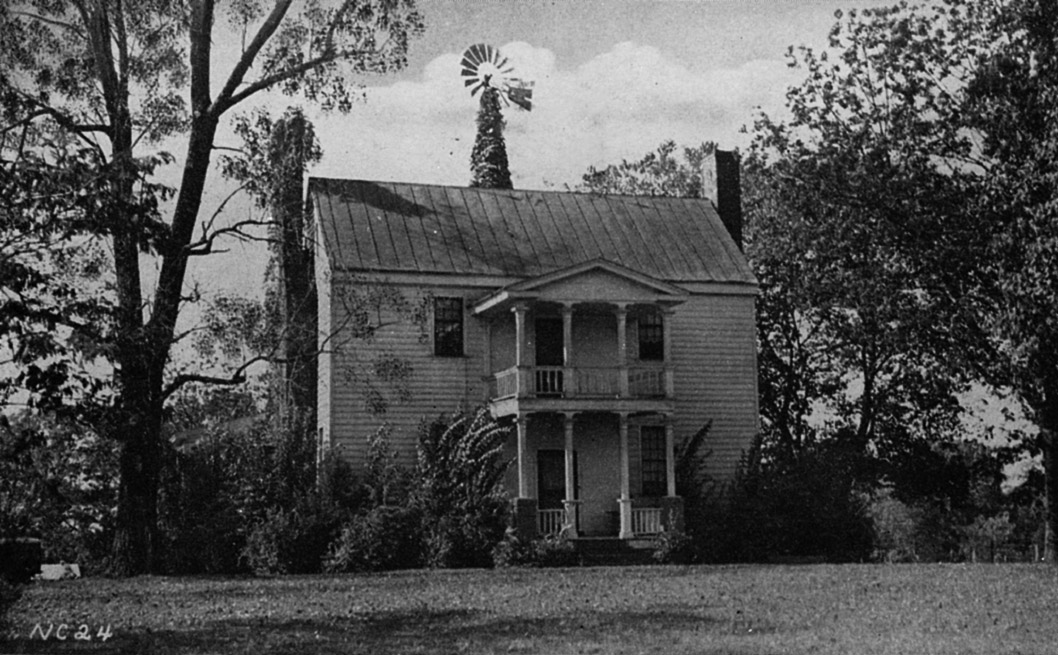 Per the Town of Cary:

Built around 1803, the Nancy Jones House is a fine example of vernacular Federal architecture and is the oldest house in Cary. The house has its original brick foundation and chimneys, but its weatherboarding has been replaced by siding. There is a double front portico topped by a broken pediment gable; both stories are supported by square posts. The house served as an important stagecoach stop and tavern on the Raleigh-Chapel Hill stage road, and was operated by Nancy Jones from the antebellum period throughout the Civil War Years. As it was the only large, white house in the area, it was a landmark on the route and received many visitors. According to popular legend, the Jones house was the site of an 1838 meeting between the governors of North Carolina and South Carolina at which the famous words, “It’s been a damn long time between drinks” were spoken. In 1847, President James K. Polk and his entourage stopped at the Jones house en route to giving a commencement speech at his alma mater, the University of North Carolina at Chapel Hill in 1847, and Union soldiers stopped at the property near the end of the Civil War in 1865. The tavern’s reputation as the only suitable stop for important persons on the Raleigh-Chapel Hill route makes it likely that it hosted a great number of local political figures throughout the years.