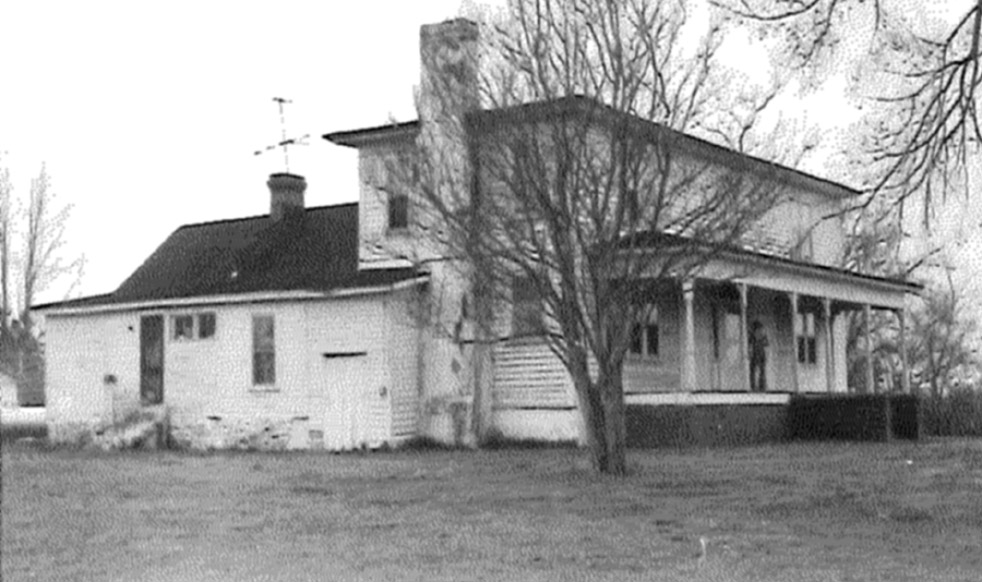 Once among the most stylish residences in northeast Durham County, this mid-nineteenth- century frame I-house with a low hip roof was demolished several years ago. In an area of relatively modest houses, this one was notable for its paired Italianate two-over-two windows and its paneled double-leaf entry door with sidelights and transom; all were generously accented by fluted moldings and corner blocks of the Greek Revival style. Flush sheathing at either side of the entryway shows that the one-story full-facade porch had replaced an earlier porch that covered the smaller area only. Turned porch posts with sawn work brackets indicate the original porch was replaced at the end of the nineteenth century.

The 1910 Miller map identifies this house as one of several belonging to entrepreneur Samuel Tate Morgan who established the highly successful Durham Fertilizer Company. In the year the map was published, the Durham Fertilizer Company was taken over by the Virginia- Carolina Fertilizer Company and the Durham plant was expanded. With factories also in Richmond and Norfolk, Virginia, Morgan moved his primary residence to Richmond, but Winfred Clark, Sr., whose family later owned the house, reports that Morgan stayed here occasionally during visits to the Durham area.

As a memorial to Morgan, his family made a gift of the Bennett Place, where Sherman and Johnston held their historic meetings, to the State of North Carolina. Believing that the end of the Civil War near Durham deserved recognition, they included sufficient funds to erect a monument to the reunion of the South and the North. Loud opposition was expressed by many who felt that such a monument would really commemorate the defeat of the Confederacy. The unity monument, now standing at the Bennett Place Historic Site, was approved by the General Assembly in 1923, several years after the destruction of the Bennett house by a fire thought to have been caused by sparks from a passing locomotive.