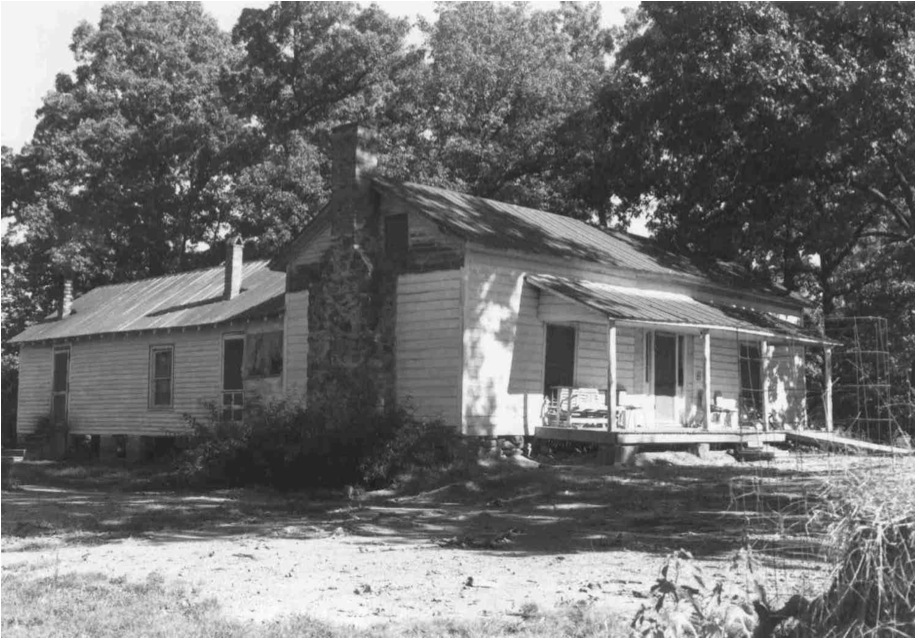 Returning from service in the Confederate Army, Alvis Kinchen Umstead, the third child and second son of Squire D. and Martha Umstead, constructed a one-story, gable-roofed, dogtrot log house ca. 1866 for his bride, Emeline Harris. The structure is built over a fieldstone foundation and bracketed by fieldstone and brick end chimneys. The juxtaposition of weatherboard siding on the front facade reveals the dogtrot, enclosed in the late nineteenth century to make a wide center hall. A four-panel entrance door and narrow sidelights were installed at that time, and a shed-roofed front porch supported by brick piers added afterward. The house reportedly functioned as sleeping quarters, and other daily activities took place in two small log structures behind it. One of these remains; it is a one-room log building joined with square notches that served as a living-dining room. A kitchen house, also said to have been log, has been destroyed. Bahama historian Mildred Harris, who lived in the house from 1916 until 1920, reported that the one-story, frame, rear ell was constructed in 1917, and that the log house was covered with weatherboards in the 1940's. On the interior there are exposed logs in the stairwell and weatherboard siding in the hall but modern composition wall covering is found in other rooms.

In addition to the log living-dining room, outbuildings associated with the house include an early twentieth century smokehouse and a contemporary storage shed. A nineteenth-century log pack house, a stock pen, a mid-twentieth-century pack house, and several tobacco barns on an adjoining parcel were once also part of the farm.

Alvis Umstead saw action in major Civil War battles; he reportedly fought in the Shenandoah Valley Campaign, and at Manassas, Chancellorsville, Yorktown, and Gettysburg. Later, with the advent of tobacco manufacturing in Durham, he became a successful leaf dealer. He married twice; after Emeline died, her sister, Edna, became his wife in 1873. Warehouse operations drew the Umsteads away from Bahama in 1878, and they resided afterward at 504 Holloway Street, among the social and commercial leaders of Durham. When Durham County was formed in 1881, Umstead was elected to the first Board of County Commissioners. 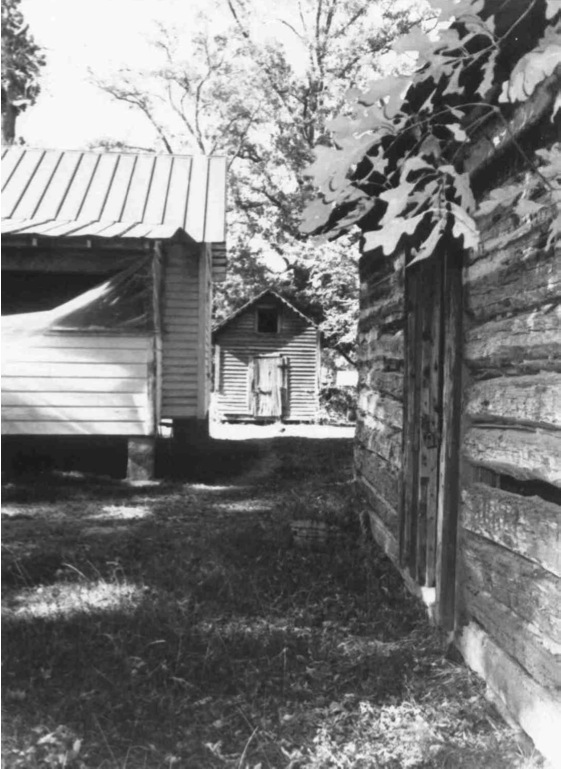