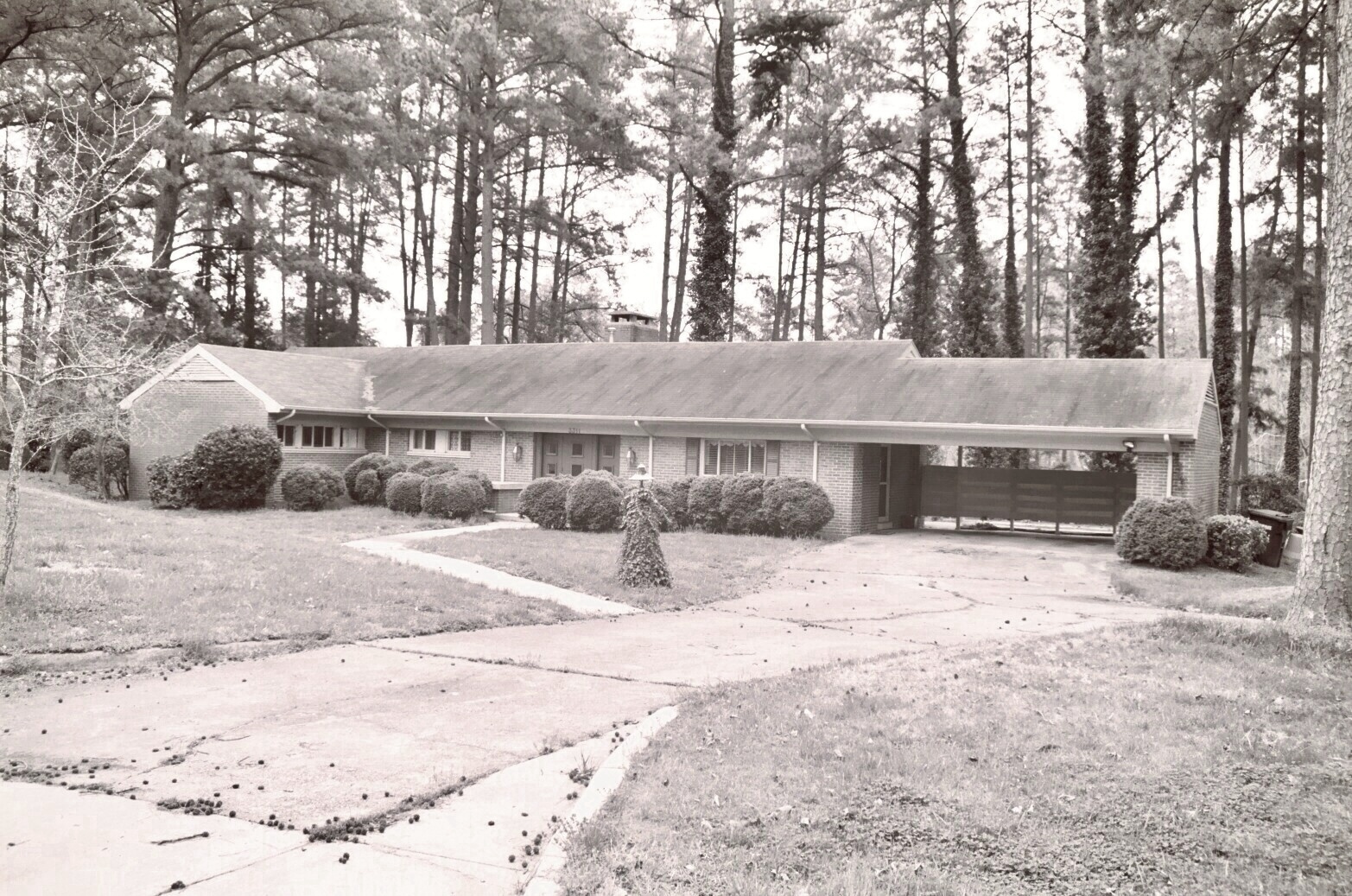 Low-slung, side-gabled, brick Ranch house that exudes the clean style of the mid-twentieth century; metal awning windows; three-panel glazed front door with wide matching sidelights; front-gabled wing projects at the dwelling’s east end; lower gable roof shelters carport at the west end. City records list a 1949 construction date; this seems unlikely. This house does not appear in the 1952 city directory, which shows only the Baldwin and Sponer houses on Avon Road. John L. Moorhead, an executive at Harvey-Massengale, is listed as living in Hope Valley in the alphabetical listing of the 1952 city directory; no specific address is given. By 1954, the street listing shows the Moorhead House along with its two earlier neighbors. Durham architect Robert W. Carr reports that he designed this house.

The Moorhead House was razed, two years after it became a contributing structure within the Hope Valley National Register District.  The lot was subdivided and half the parcel was sold and subsequently a new modernist home was built on the eastern half of the property.  Renovations to this home would have qualified for State tax credits.