An advertisement for Hope Valley that ran in the November 27, 1927, Durham Morning Herald reported that construction on the house was scheduled to start in the next week, and a rendering shows the house generally as it appears today but without the wing at the south end. Instead, there is a brick garage at the basement level at the south end of the house with a sunporch on the garage roof.

A similar advertisement from January 1, 1928, states that the house was underway and expected to be ready by spring. The 1928 city directory does list professor James Cannon III, a professor at Duke University’s School of Religion, and his wife Margaret in Hope Valley; the 1938 directory is the first to show them on Chelsea Circle. 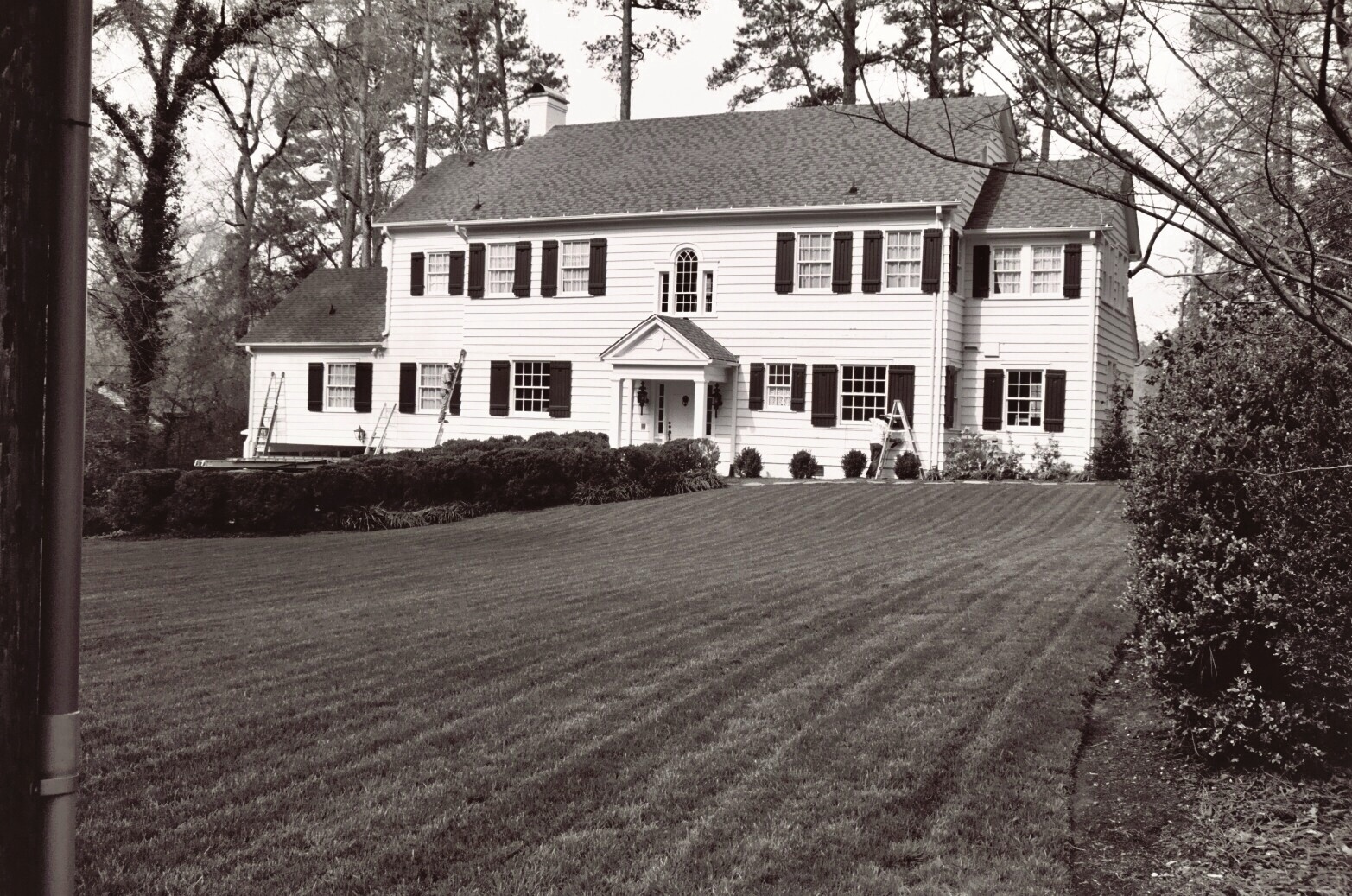 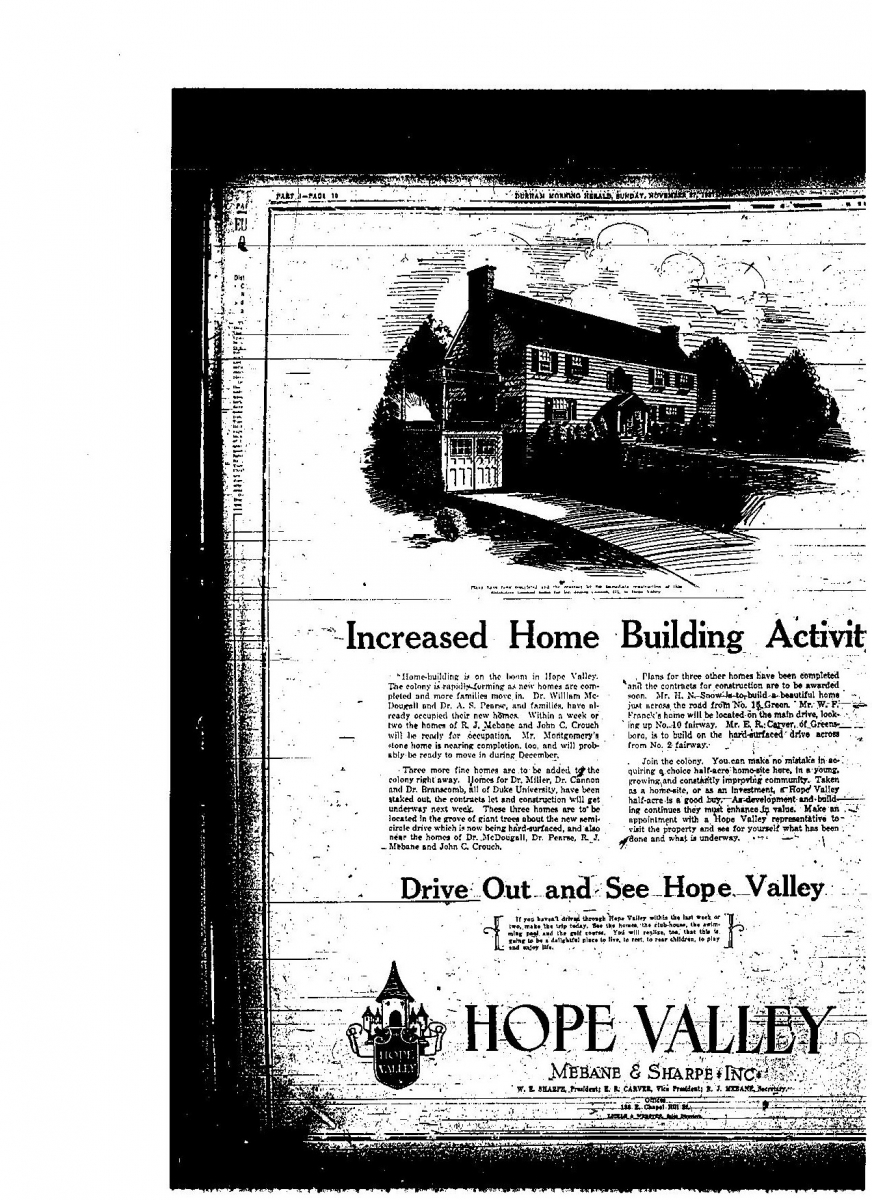