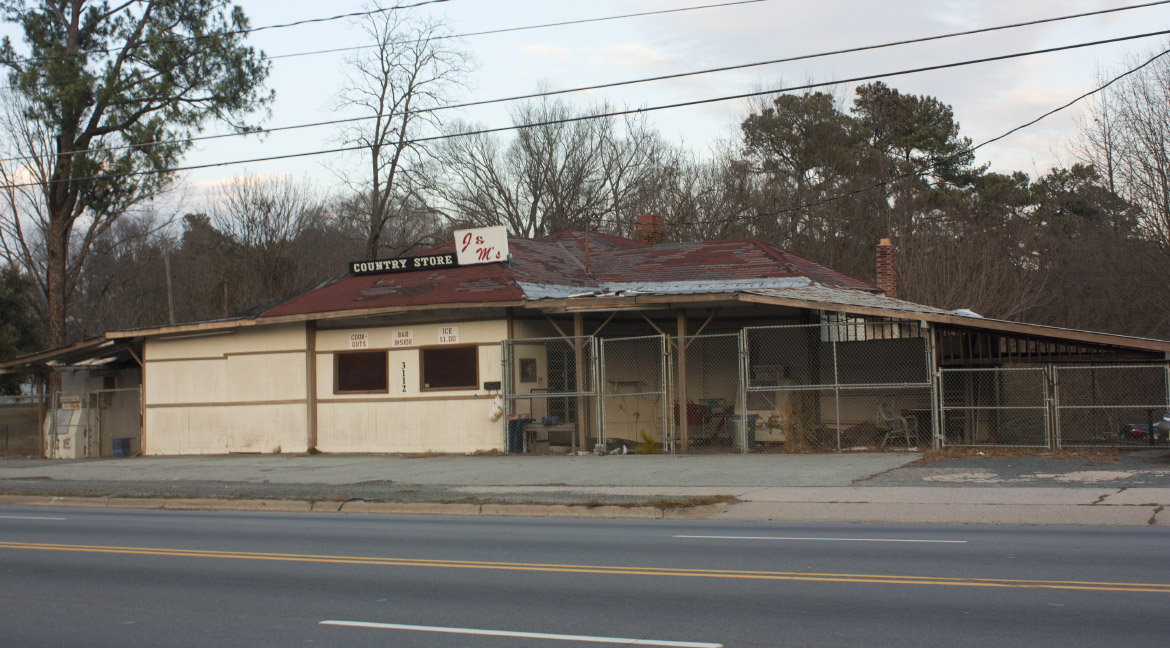 Gary, Is the store still

Is the store still being used?  Someone must have done some work to bring it up to code.  I recall it seemed to be held together by gravity and gum. :)

I always knew it as "Johnny's Country Store" and thoguht it had closed when the owner passed away.  I hope someone can contribute some information to its history.  Johnny was friends with my dad from many, many years back -- perhaps they went to school together --  but I know nothing about him myself, not even his last name.

There is a tall tale concerning my uncle and some watermellons from that store, the timeframe of which suggests it was in operation at least since the early 1940s.

I don't know - I hope someone can speak / write to that. It always appears closed when I drive by, but that isn't with a great deal of frequency. Please share the uncle/watermelon story!

Johnny's Country Store had the coldest beer in town in the 1970's. The first beer I ever bought came from there. Other items I purchased there include crickets and Yoo Hoo.

The story I was told by both

The story I was told by both his wife and my father is that one hot summer day when my uncle still lived with his parents across Roxboro Rd. from this store, he was sitting on the front porch when he saw a local farmer bring in some just-picked watermelon.   Johnny often bought produce from local farmers to sell.   As the heat intensified, his craving for some cold, sweet watermellon also intensified, and he began imagining a feast of watermelon.  He rummaged up a dollar, went across the street and struck a bargain that he could have all the watermellon he could get across the street for that dollar.  The owner, thinking that he was getting the better end of the deal since no fool would pay a whole dollar for a couple of watermelons, and surely no one could carry more than two of those monsters, agreed to take the bid on the condition that no tools of any kind could be employed -- no wheelbarrows, cars, wagons, etc. and that he could only make one trip. My uncle counter-offered that the condition was "get across the street," not "carry" and that he could have one person assist him in physically picking up his choice of melons.  Remember that Roxboro Rd at this time didn't have much traffic nor would it have been going very fast.  The deal was sealed, and my uncle proceded to use his long limbs to best advantage.  A couple of customers watching the negotiations placed side bets, and one assisted by placing the melons my uncle picked where directed.  It took him ten minutes to get across the street, but with two melons on each arm, one between his knees and three more on the ground in front of him, he slowly picked his way across the street with eight large watermelons.

I don't know who the owner was at that time.  Johnny would have been about the same age as my uncle, so he may or may not have yet been running it.   I do know that I later witnessed some similar wrangling between him and my father over produce.  Sometimes Johnny would get the better end of the deal, sometimes my dad would, but during those deals, produce never hit the scale until money changed hands and you could tell it was a very long-running joke between them.

I was sad to hear that the owner was robbed and severaly beaten in the 80s.  It put him in the hospital for a while, and I heard he retired a couple of years later.   Now I wish I'd known his last name.

There seems to be movement

There seems to be movement on Johnny`s Andrews old store .New roof and paint job .

Speaking about this country store my great grandmother was the N

Speaking about this country store my great grandmother was the Nana for Mr. Johnny. His grandson runs the Blue Light store on ninth street.