Commodious two-and-a-half-story skintled brick Tudor Revival house with hipped slate roof and twostory projecting front-gabled wing; front entrance is in the corner of the ell under a steeply pitched hiproofed porch with squared porch columns; hipped dormers with six lights in front wing’s roof slope at facade; wall dormers with casement windows in both main and front wings at facade; casement windows throughout the rest of the dwelling. The one-and-a-half-story wing that projects from end of the two-story front wing originally served as a garage but now features four-bay, flat-roofed dormers on both slopes of its gable roof and cementitous siding and French doors where original garage doors had been; ca. 2000 brick hyphen extends north from the back of the original garage and leads to a oneand- a-half-story clipped-gable garage. An advertisement for Hope Valley that ran in the November 27, 1927, Durham Morning Herald reported that construction on the house was scheduled to start in the next week. Bennett Harvie Branscomb moved from N. Duke Street to Hope Valley in 1928, according to city directories. He was a professor at Duke University’s School of Religion, established in 1926, and later the Director of Libraries at Duke.

Description from the Preservation Durham Home Tour Book for the Branscomb House:

Having arrived at Duke in 1925, Professor Harvie Branscomb and his wife, Margaret, bought the delightful and richly-detailed Tudor Revival house on Chelsea Circle two years later.

The Mebane & Sharpe Company had built the house as one of a handful of “seed” houses intended to attract people to the new development; the Branscomb House is one of the very first built and occupied in Hope Valley. While at Duke, Dr. Branscomb served briefly as Director of Libraries and ultimately as Dean of the Divinity School.  He left Duke in 1946 to become Chancellor of Vanderbilt University, where he served until 1963.  In his retirement as Chancellor Emeritus, Branscomb continued to distinguish himself as a major figure on the national and international education scene until his death in 1998 at the age of 103.

Noted Durham architect George Watts Carr designed the house, and although it has been enlarged several times during its 75-year history, the essence of the house that Carr originally conceived has survived intact.  Before entering the house, examine its exterior, which possesses the defining features of the Tudor Revival style.  The steep, irregular roof, massive molded chimney, gerkin-headed gables, and asymmetrical plan are all meant to suggest the randomness of medieval buildings.  Notice the random way the masons laid the brick.  This, too, is intended to give the house an antique appearance.  Approaching the front entrance, note the three dormer gables.  While two are clad in clapboard, the one over the doors is nogged with brick in a herringbone pattern.  Examine the eave detail and you may see the cedar shakes of the original roof peeking out from beneath the modern shingles. The entry porch covering the front door is supported by carved beams roughly cut to give the appearance of being hand-hewn.

Once inside, observe the layout of the original portion of the house, as its footprint is similar to that of the D. T. Smith House.  On the right is a small study, a relatively new feature in American residential design.  On the left, a broad archway invites you down into a sunken living room.  Passing beneath the arch, notice the absence of molding. Originally, the house had very little in the way of molded woodwork.  The interior doors are not paneled, but made up of vertical boards in medieval fashion. The living room itself is spacious and well lit by the original casement windows–another feature of the Tudor revival style.  Above are more rough-carved beams.  At the end of the livingroom another arch invitingly opens into an ample dining room with a bright bay window.  Leaving the old structure one enters new spaces thoughtfully added.

An exterior porch is now aden with a new dry-laid fireplace. The small original kitchen was enlarged and appointed with gleaming granite and stainless steel appliances.  The original two-bay garage became a new master bedroom and a new garage contained within an addition is so carefully joined to the house that it is almost unnoticeable from the street.  The present owners, Lynn and Jerome Anderson, insisted that the new brickwork match the masonry of the original house and that the new garage doors mimic the swing-out originals, with iron strapwork and false handles.  The original garage doors now grace the garage of the Schealer House directly across the street, in a unique and sensitive historic recycle

The second floor originally contained four bedrooms and two baths.  Over time, however, successive owners have considerably remodeled these spaces to accommodate modern living. Still apparent, though, are the deep-set casement windows within solid masonry walls, the slanted three-quarter ceilings, and the Jacobean bun-shaped finials on the stair newels.  Unexpectedly, the stair continues beyond the second story to a tiny maid’s apartment in the attic.

The bedroom and bath here are still very much in their original condition.  Notice the twenties era and sand-finished plaster walls that used to be found throughout the house.  Also of note are the five-paneled doors, commonly found in bungalows of the period, which were reserved for the servant’s area of the house. The Branscomb house is an important artifact in Durham’s architectural and urban history.

We are fortunate that the house has always been in the hands of owners sensitive to its historical significance and Tudor Revival style. 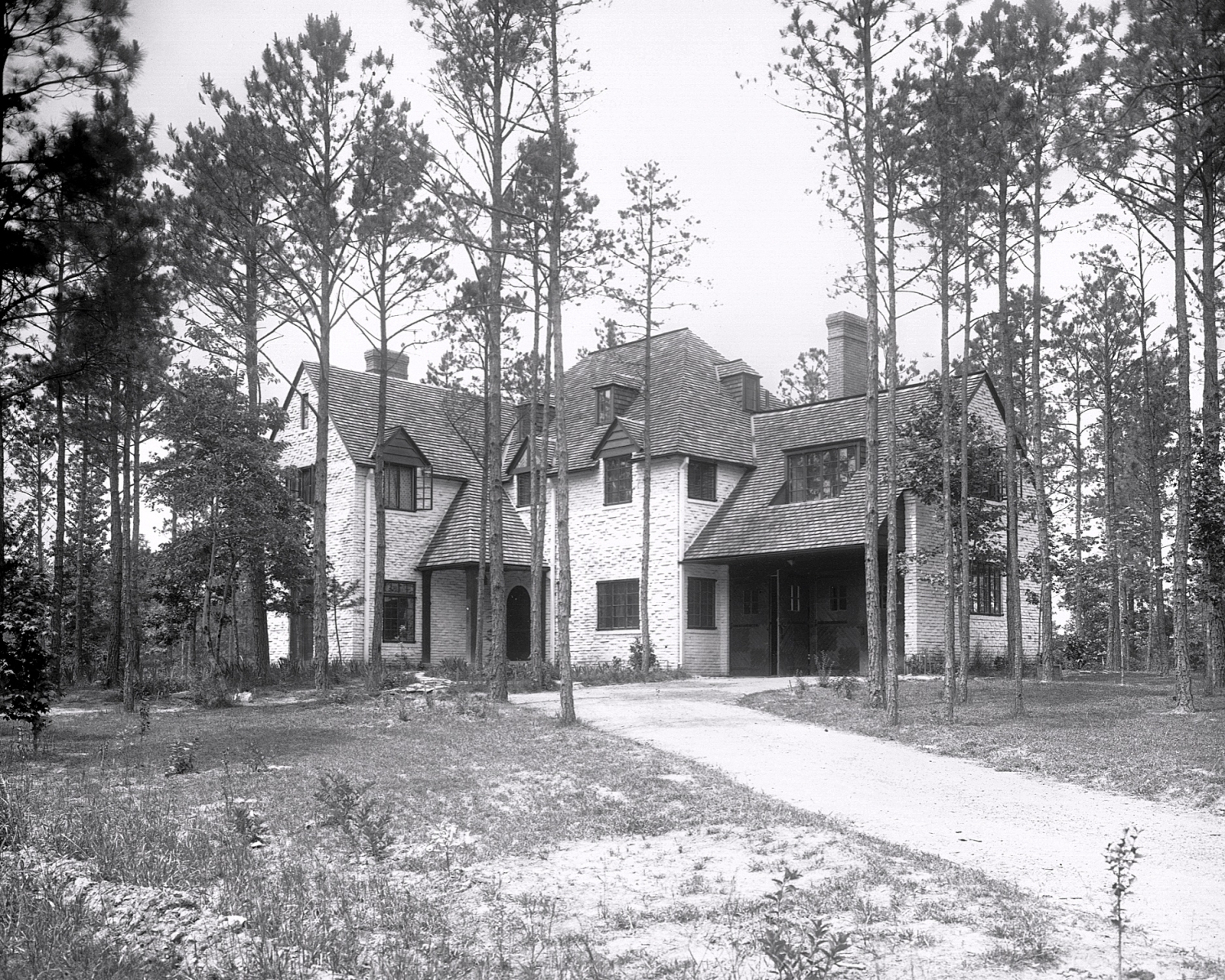 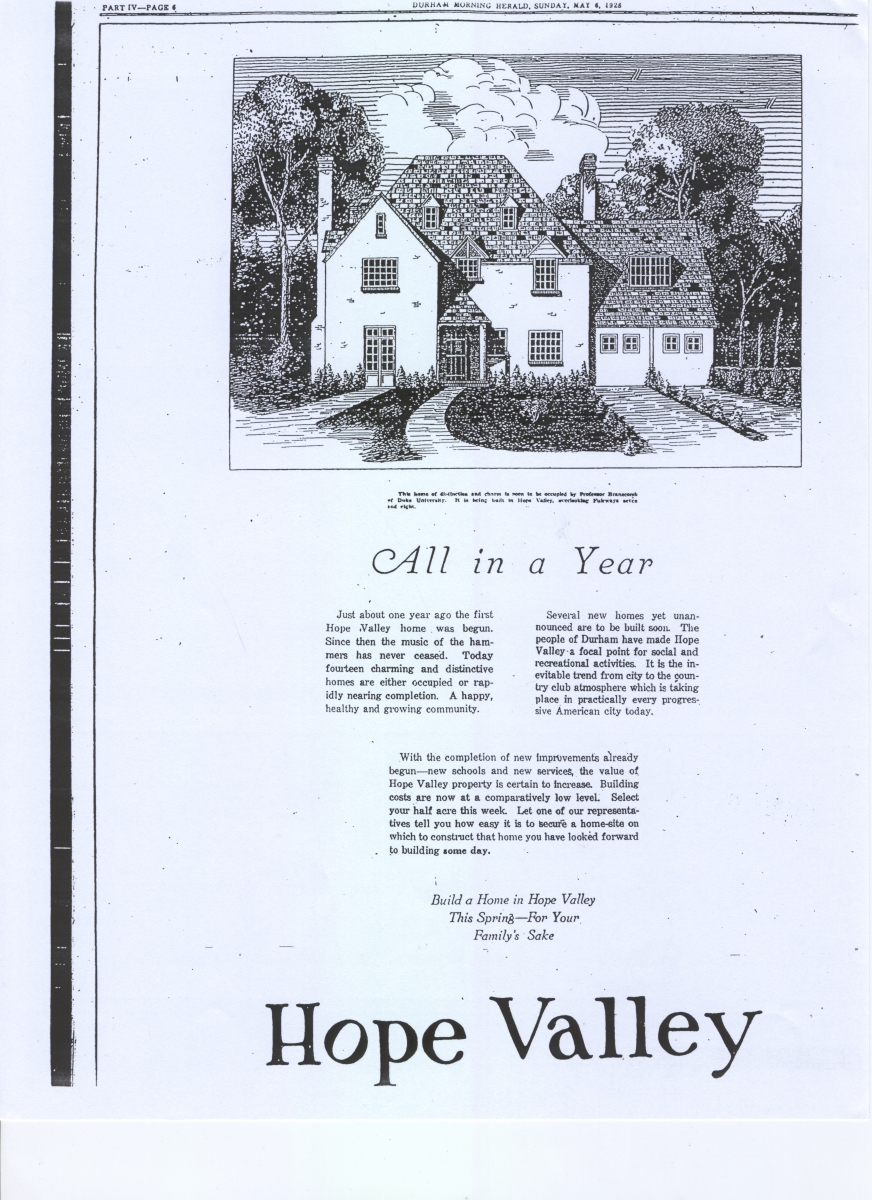 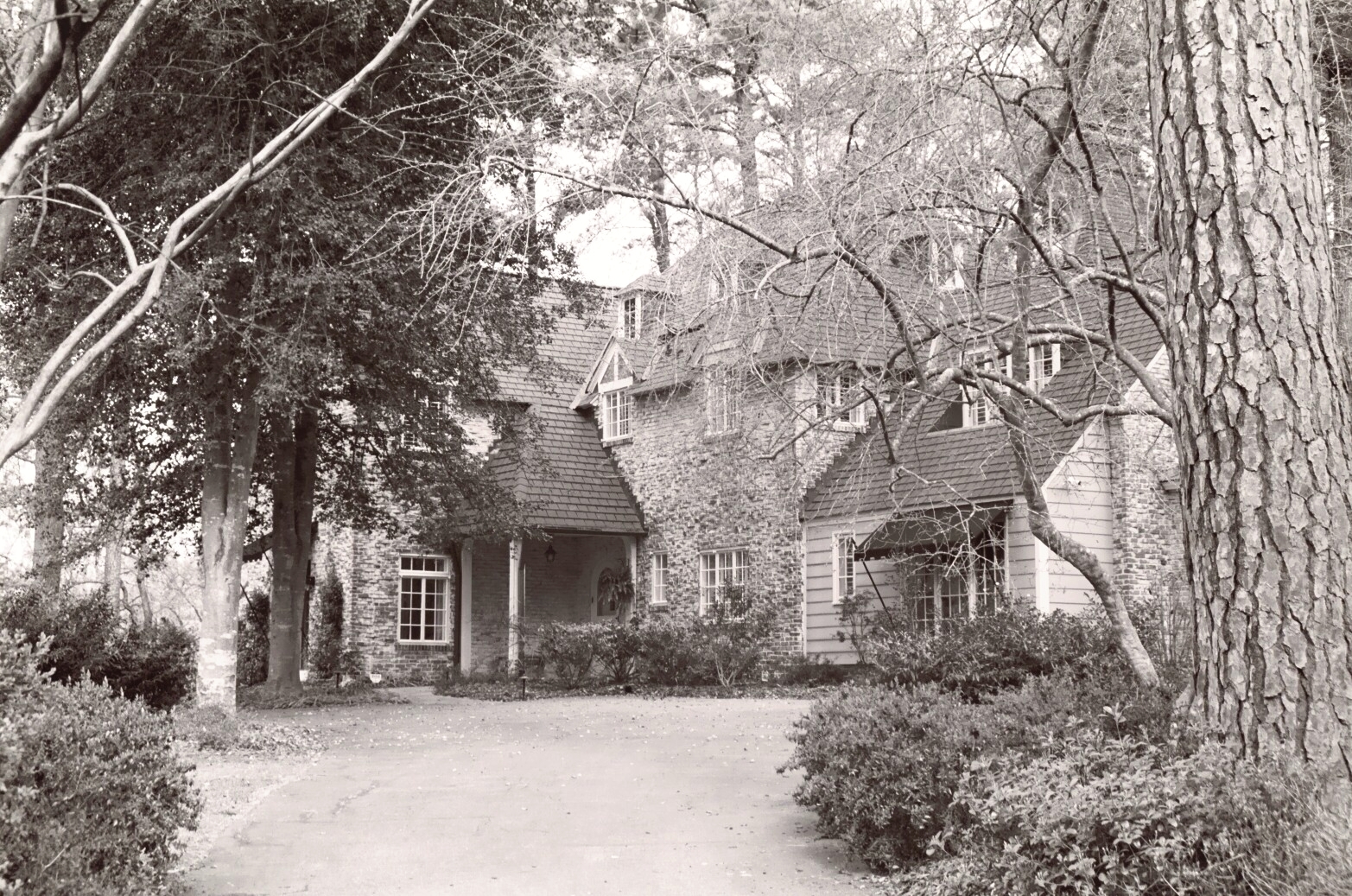