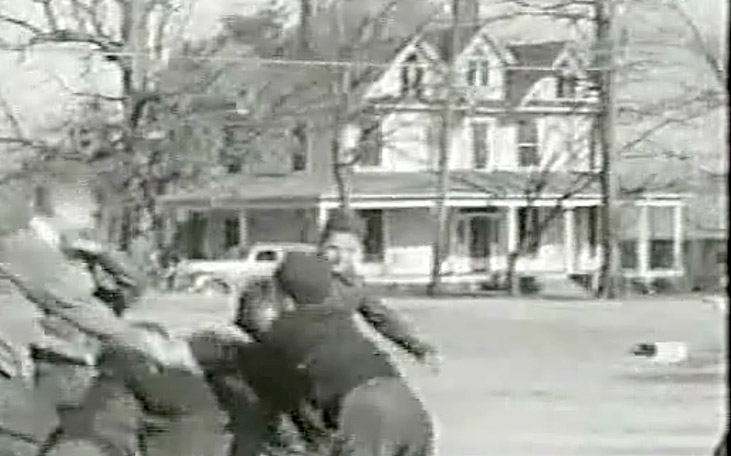 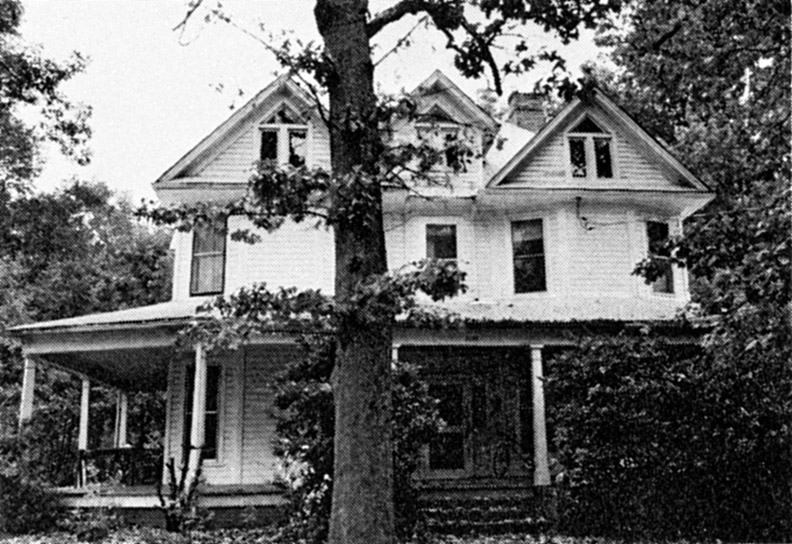 The Harvey Stone house is particularly intriguing for its chronologic incongruity with its neighbors - although it is now part of a full block, it sat slightly apart from the concentration of housing development along Watts and Guess Road during the first decade of the 20th century. Stone was a contractor and house mover. 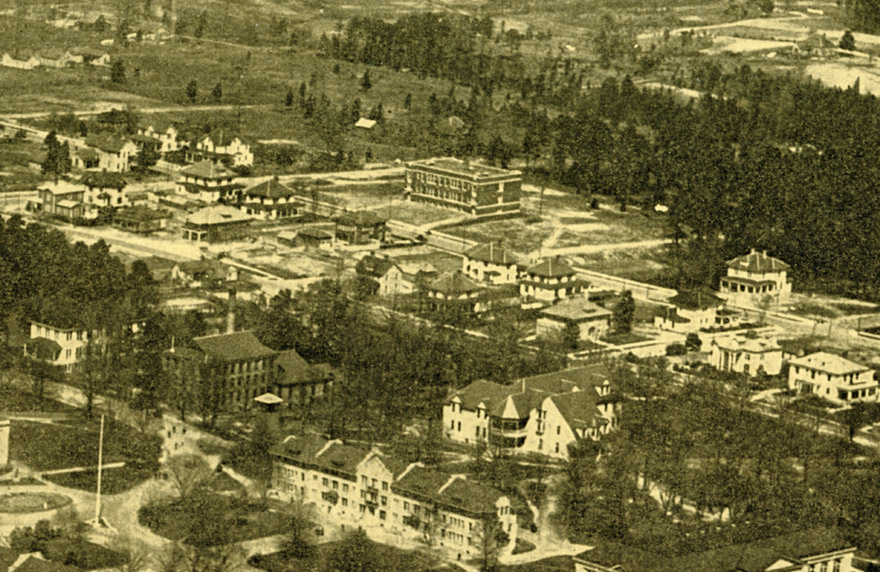 Aerial over Trinity College ~1920 - the roof of the Harvey Stone house can be seen in the background, just beyond the George Watts School. By this period, development had progressed north on Watts Street to be within 1/2 block of the house. 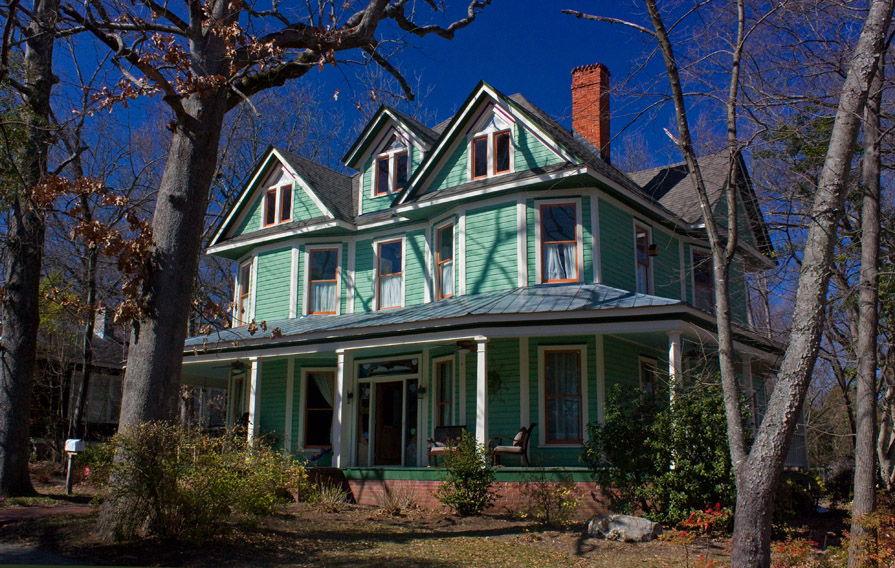 Love those triangular attic windows... looks like stained glass at the very top

Those windows are indeed

Those windows are indeed great! Plus the multiple gables of the roofline, deep porch, and even the color the current owners have picked--looks just wonderful.

Why is the mailbox in the middle of the front yard?

ANSWER!
Trinity Park does have front door mail delivery. BUT, if you put your mailbox in such a location, it keeps the creepy mailmen a safe distance from your estate, while simultaneously keeping your dividend checks a safe distance away from the Main Street riffraff. :-)

SHEESH!No wonder the USPS is

No wonder the USPS is losing so much money! How about moving your mailboxes out to the street along with (most of) the rest of town!

One of my former colleagues

One of my former colleagues at Duke lived in this house as an undergraduate in the 1970s. The entryway ceiling collapsed, and the group of students told the owner they would not pay their rent until it was fixed. The owner (who, I believe) lived in South Carolina sent a Hell's Angels-type guy on a motorcycle to go collect the money from the Duke Students. As my friend's story goes, they offered him a beer, he stayed for a party, and left the next morning (without the rent) to tell the landlord that his place was a dump and that he needed to fix it up. The ceiling was fixed the next week.