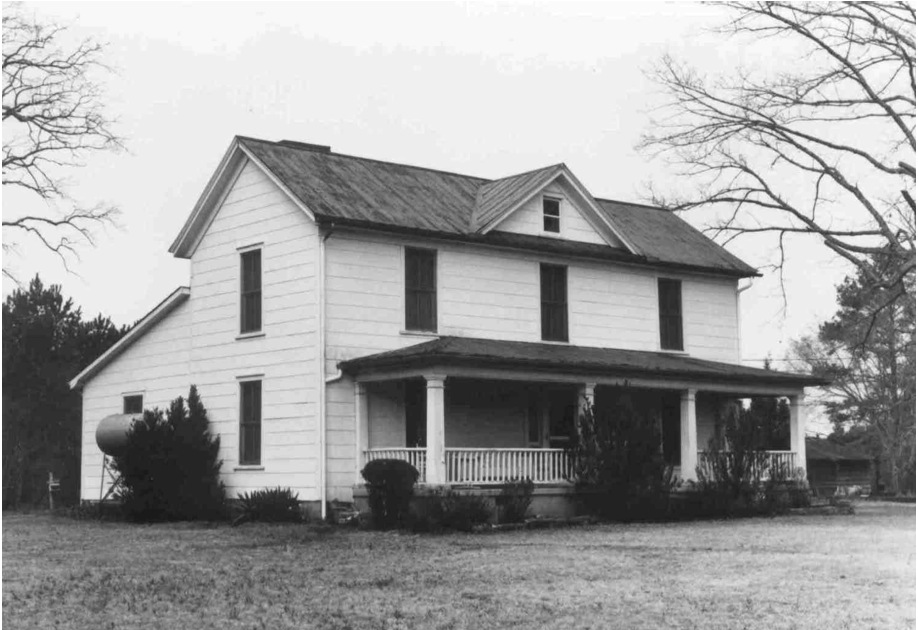 The Glenn family, for whom a nearby road is named, established a farm complex and constructed this tri-gabled frame I-house in the early twentieth century. The house has original two-over-two sash windows, rear end chimneys, and a rear shed, but during the 1920s a Craftsman-style porch was added, and later the weatherboard siding was covered with asbestos shingles. The house retains its center hall plan, but the interior was refurbished in the 1920s, and the staircase and mantels reflect that period. The property retains a full complement of outbuildings, including a frame tenant house, a garage, a stuccoed potato house, a log smokehouse, and a frame stable. The Veazey family bought the property in the early 1940s, farming it until they sold one hundred acres of land directly behind the house to the County of Durham for a landfill. Abandoned in the late 1980s, the farmstead has been demolished.