Constructed as a fire station and later converted to the Police and Public Safety Building for North Carolina Central University, this building has been significantly altered from its original design. The one-story, flat-roofed, brick building features a higher roofline on the right (north) portion, which originally served as a garage for the fire trucks, and a lower roofline at the left (south) and rear, which were offices and support spaces. The garage bays have been infilled with brick, as evidenced by a different bond pattern on the right side of the building, and that portion of the building now has an entrance on the left end, a single window in the middle, and a triple window on the right end and is sheltered by a projecting half-round portico on Doric columns. The left end of the façade projects slightly under the lower roofline that extends along the left elevation. This wing has high windows, grouped with continuous concrete sills and lintels. Original brick planters wrap around the southeast corner of the building. An entrance near the east end of the south elevation has been infilled with brick and near the center of the elevation is a solid metal door with a single light. A brick lattice wall extends from the right elevation, flush with the façade and screens mechanical equipment on the right side of the building. Most original window openings on the right elevation have been enclosed with concrete block. County tax records date the building to 1957 and the 1960 city directory lists the building as the City Fire Department – Station No. 4. The building housed the first African American fire fighters in Durham.

A new Fire Station #4 was built in 1958, and the station on McMannen St. was closed. This station was built contemporaneously with Fire Station #5 on Chapel Hill Road, and originally the two stations were nearly identical. 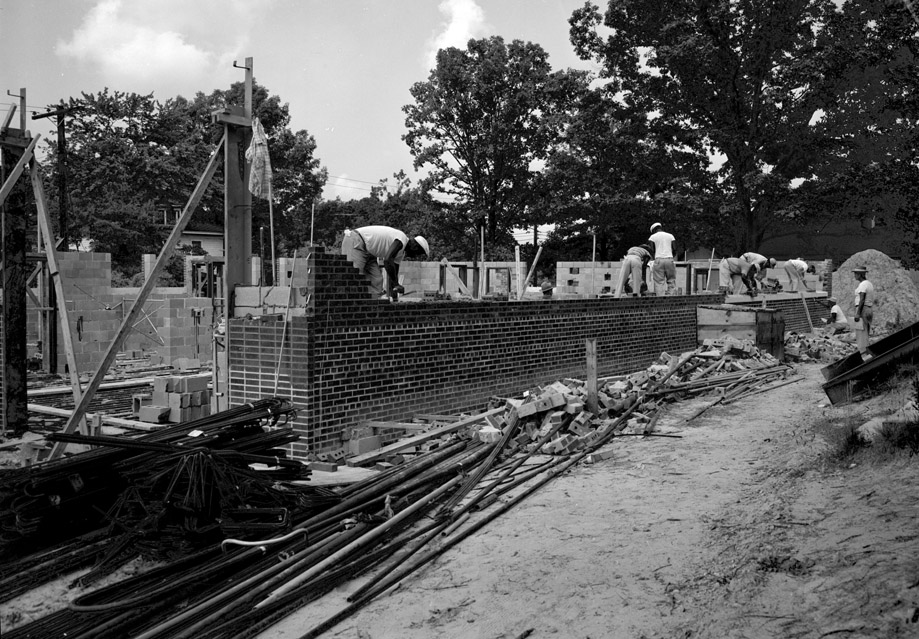 In 1999, this station closed, and the fire company moved to Riddle Road. The building was taken over by North Carolina Central University, which remodeled the building to house their campus police. 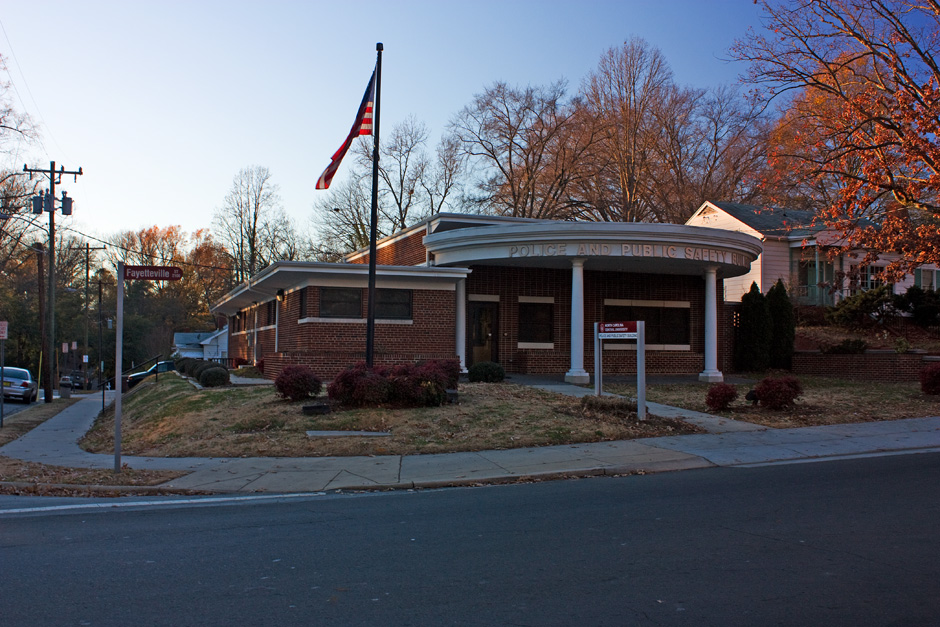 Nice oversized portico! Why didn't they just go ahead and vinyl side it while they were at it? :)

It's very similar to the fire station in Lakewood, no?

Steve, "This station was

Both of these stations were originally heated by a series of hot-water pipes encased in the concrete floor. The heat radiated from the floor, and it was always toasty in the winter -- to the point of being uncomfortable at times. I wonder if the system held up through the years?