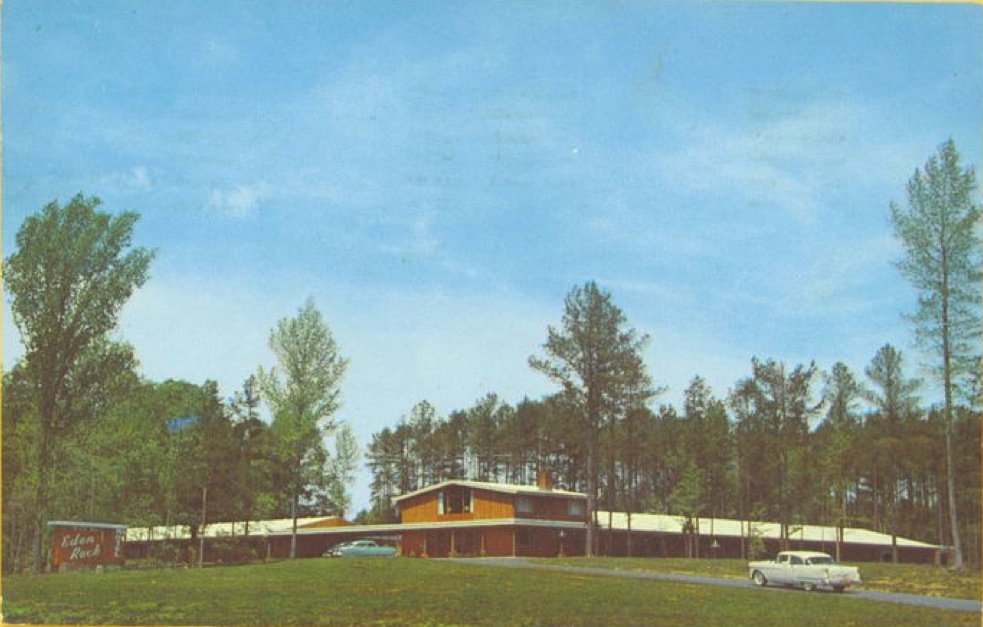 The Eden Rock was one of the early motels located along 15-501. I don't know when it was constructed, but likely mid-1950s.

The restaurant was evidently segregated, and became a focal point for civil rights protests, much as the Royal Ice Cream Parlor had been five years earlier. Per the Durham County Library's Civil Rights Heritage Project:

After the Freedom Rides of 1961 led to integration of interstate buses and terminals, the Civil Rights Movement moved on to "Freedom Highways" in 1962—campaigning to end segregation at establishments that served the traveling public. The Howard Johnson's restaurant on Chapel Hill Boulevard became a focal point in Durham.

On Sunday, August 12, 1962, more than 500 people attended a "Freedom Rally" at St. Joseph's AME Church. Durham attorney Floyd McKissick, already a veteran of 15 years' activism against Jim Crow, acted as master of ceremonies. He was joined by two of the movement's national leaders.

"You cannot live respectably with segregation," Roy Wilkins, executive director of the NAACP, told the crowd; and James Farmer, national director of the Congress of Racial Equality, said, "You're joining the greatest and most exciting battle of the century."

From the church, the crowd proceeded in a caravan of cars to Howard Johnson's parking lot, where they demonstrated with song and prayer against the restaurant's segregation policy and against the trespassing convictions of four members of an earlier protest there. The demonstration ended without incident and would be repeated, Sunday after Sunday, for months—with no result.

"My children got involved first, but when I found out what they were doing, I went with them and all the other young people, and walked those picket lines, too." - Margaret Turner, Durham activist, 1987 interview.

On May 18, 1963, one day after the ninth anniversary of the Brown v. Board decision, mass demonstrations erupted all over Durham. Howard Johnson's was again a target, along with half a dozen other eating places, the courthouse, and city hall. Over the next two days, 850 protesters were arrested, along with four white onlookers, as fights broke out downtown and police stood by with tear gas.

That was the situation welcoming Wense Grabarek into office as Durham's mayor. Elected the same day the demonstrations began, Grabarek asked to speak at an integration rally on May 21. Telling those gathered that their point had been taken and promising to respond, Grabarek won a cessation of protests and, two days later, appointed a Durham Interim Committee to "resolve and reconcile" the city's racial tensions. Over the next few months, segregation ended at most of Durham's restaurants, hotels and movie theaters, along with the swimming pools, libraries, chamber of commerce, and Jaycees. 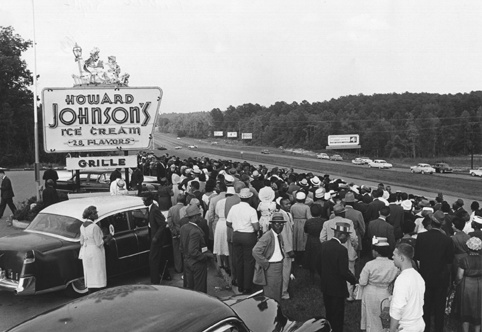 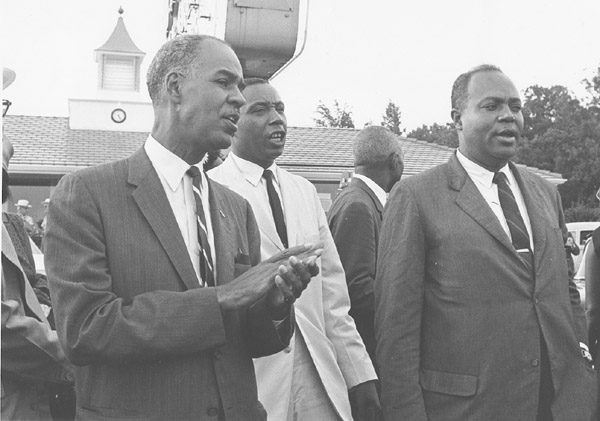 The disposition of the Eden Rock and Howard Johnson's after that point is unclear. HoJos took a nosedive nationally during the 1970s and 1980s, so I'm not sure if this one remained open for much longer. The motels and restaurants along Chapel Hill Boulevard were supplanted by other uses after the construction of South Square mall in 1974. Now, like most other significant civil rights locations in Durham, it is gone. But we can still admire the sacrifices of a previous generation as the yellow and red flies proudly over this spot. 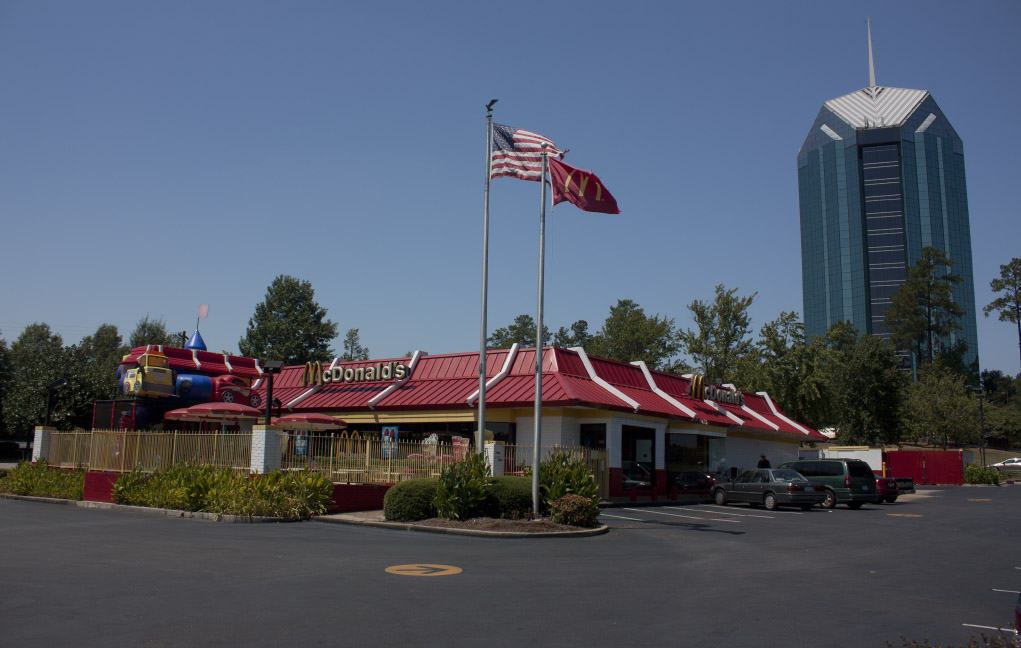