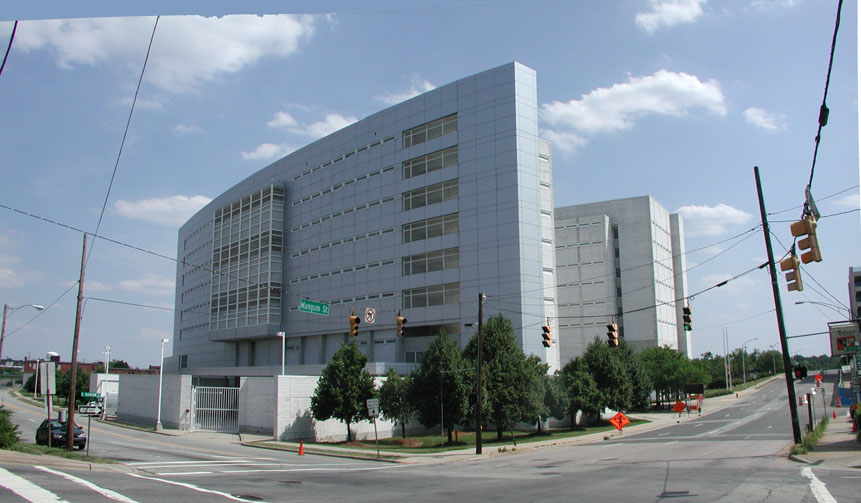 The northernmost extent of McMannen Street (now South Mangum St.) featured a mixture of residential and industrial uses, including the large freight railroad depot between Vivian and Pettigrew Sts., the Austin Heaton/Peerless flour company, and, east of McMannen, along Pettigrew, a collection of very early residential structures. 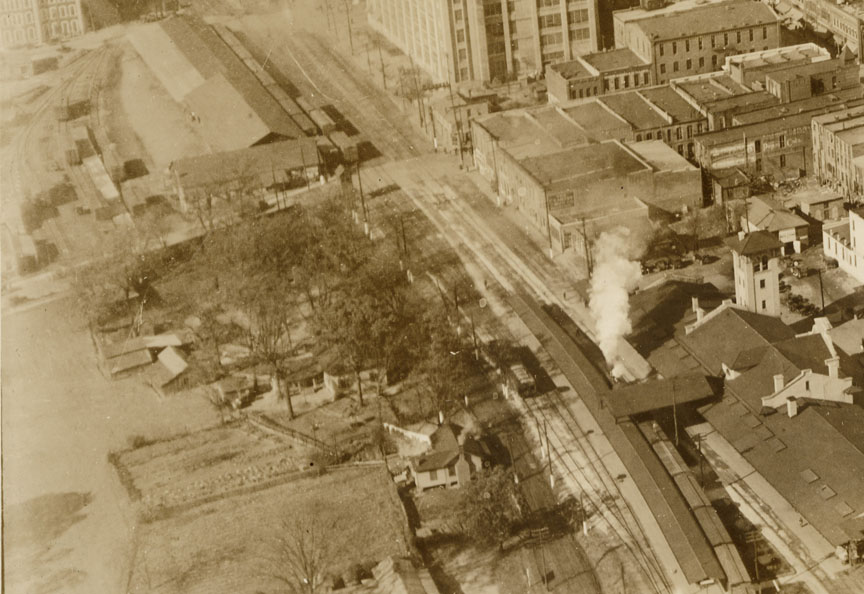 Above, the view looking ~northwest, around 1924. The photo focuses on the intersection of Mangum St. / McMannen St. with the railroad tracks. The large freight depot is to the west of McMannen, and the American Tobacco Co. is beyond that. A series of small, old residential structures line Pettigrew amongst the trees.
(Courtesy Duke Archives) 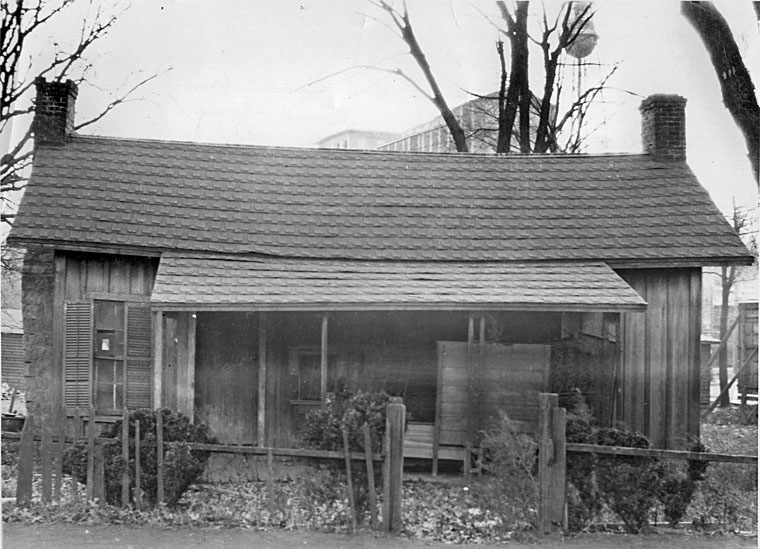 Above, a structure near the southeast corner of McMannen St. and East Pettigrew St. A notation with the photo notes that it was "one of the oldest structures remaining downtown" when the picture was taken - likely dating from the mid-1800s or earlier.
(Courtesy Duke Archives) 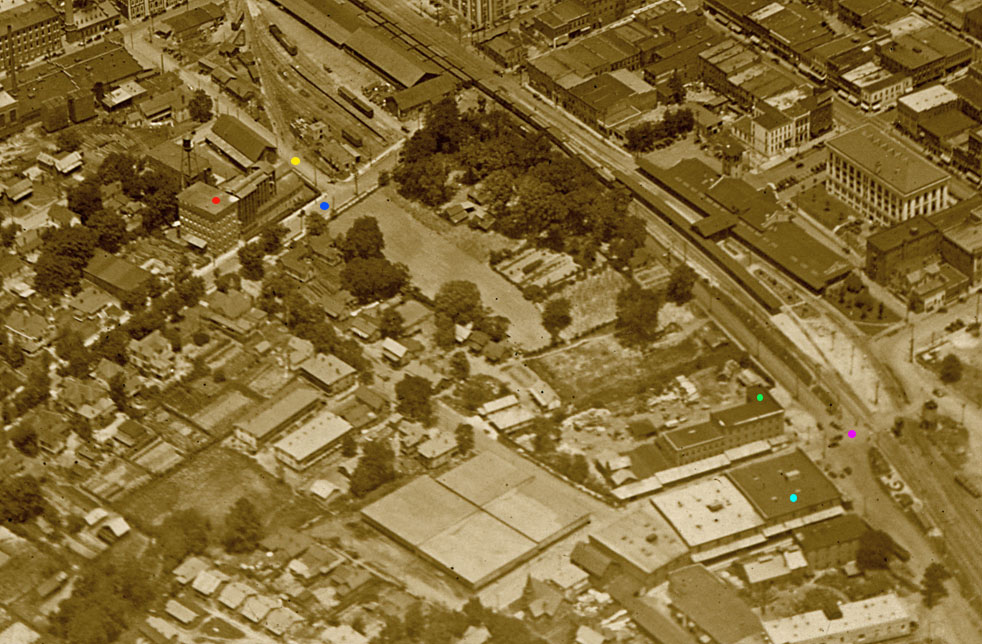 By the 1930s, the small, old structures along East Pettigrew St., between McMannen and Pine Sts. were torn down, and the Southern Railway Co. built another large depot, with an office building at the Pine St. end (which will be profiled tomorrow.) 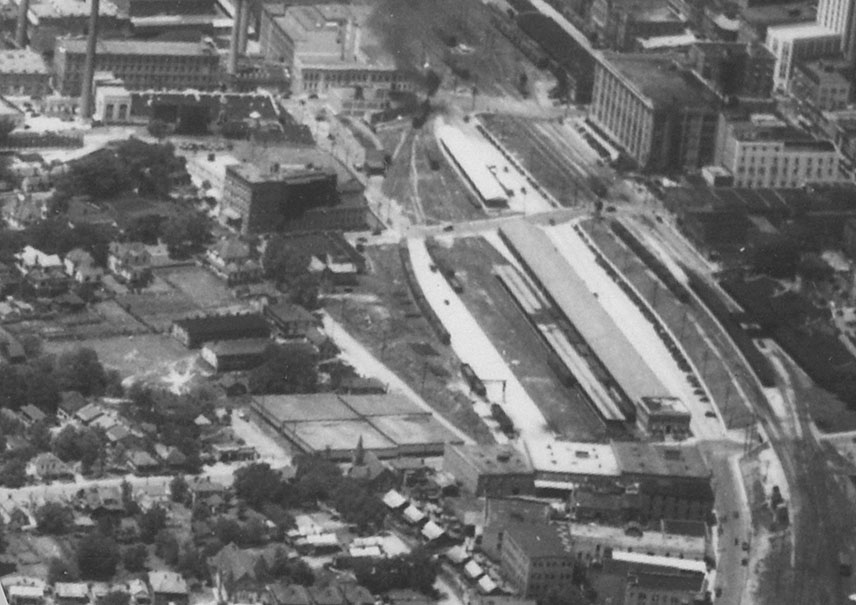 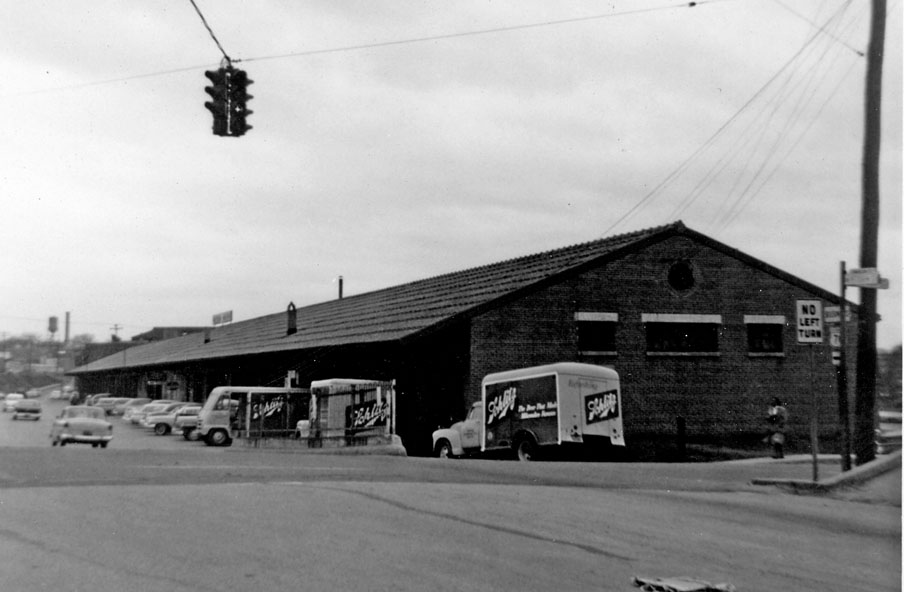 By the early 1990s, the depot building had been demolished, and the office building was soon to follow. 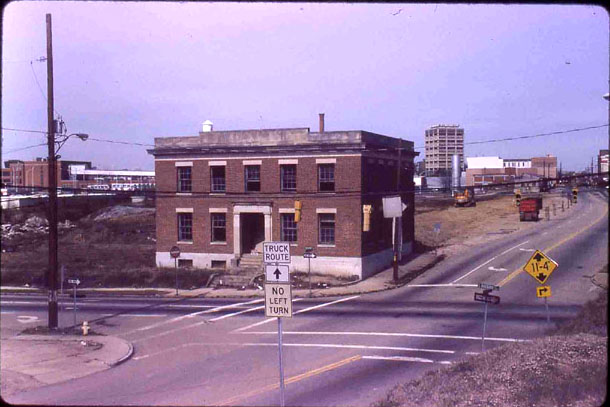 The county decided this would be an ideal spot for a new county jail, which they began building in 1993. 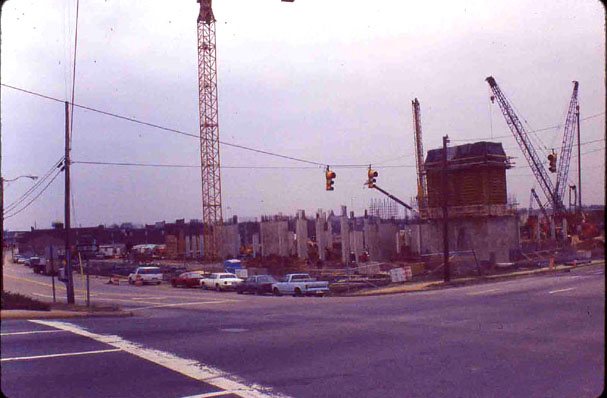 The building was completed by 1996. 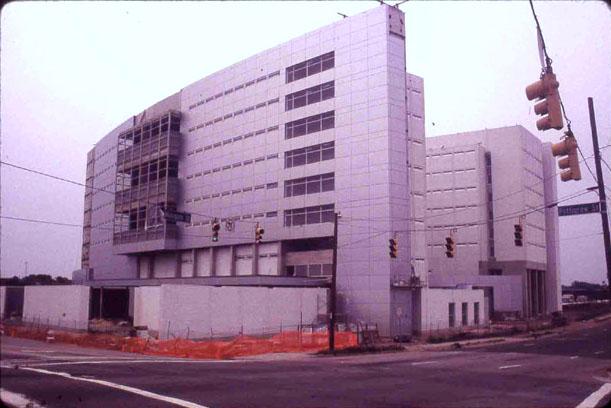 I find the anti-streetscape modernist style surprisingly well-suited to jail construction - if only it had less in common with our upcoming Human Services Complex.

Funny historical bit about McMannen Street, which I think I read in Jean Anderson's book:

McMannen (whose first name I forget at the moment) was one of the earliest fellows to buy up land south of the railroad tracks. He had the land divided up, all nice and ready to sell off to folks -- provided that they would keep this section of town dry. (Durham's reputation as a feisty drunken dame had already taken hold.)

The result? No takers for Mcmannen's scheme.

Hey - yer gettin' ahead of me; the McMannen story is coming up later in the week!