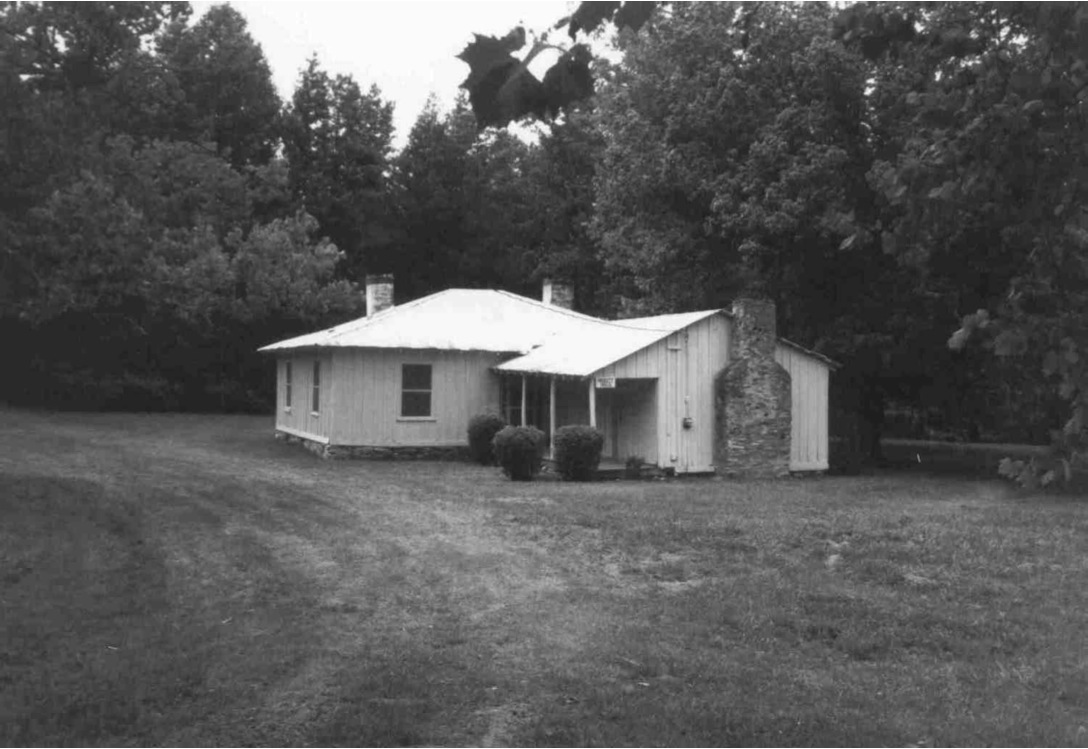 Dr. Isaac Cannady who established his medical practice in the South Lowell area before the Civil War, constructed a one-story Greek Revival cottage along the banks of the Little River. The symmetrical dwelling is two rooms deep with a wide center passage, and Cannady chose a double-leaf entry door unusual for small horizontal panels set below the double vertical panels. A transom and sidelights (now covered), six-over-six windows, and small plain corner blocks that remain on a few interior window surrounds are other modest Greek Revival features. A full-facade shed-roof front porch ceiled with narrow, beaded, tongue-and-groove boards was repaired or replaced in the late nineteenth century, and the turned porch posts of the same vintage were brought recently from Greensboro. The entire structure is covered with vertical board-and-batten siding thought to have been added during the late nineteenth century when a breezeway connecting a kitchen house to the dwelling was enclosed. The dwelling has by back- to-back interior fireplaces on either side of the house that retain original post and lintel mantels except that a Colonial Revival-style mantel has been installed in the northeast parlor. Dr. Cannady was no doubt comfortably well off for each room of his dwelling contains a closet.

The 1870 census recorded the Cannadys and four children as living in the dwelling. Also listed in their household was Wade Cannady, a former slave who had remained with the family as a farm laborer. According to family sources, he occupied the one-pen log house with a fieldstone end chimney located east of and across South Lowell Road from the Cannadys’ home. 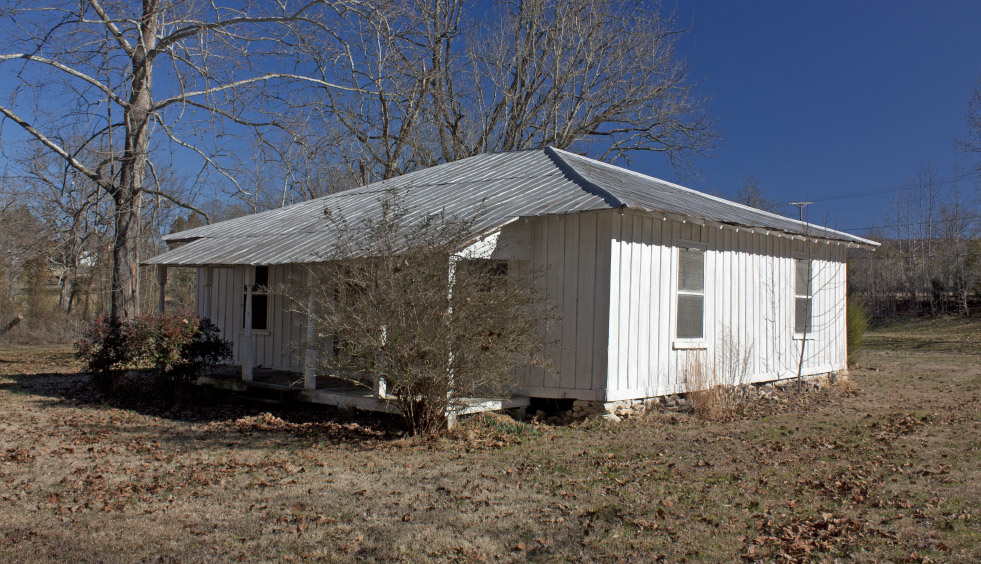