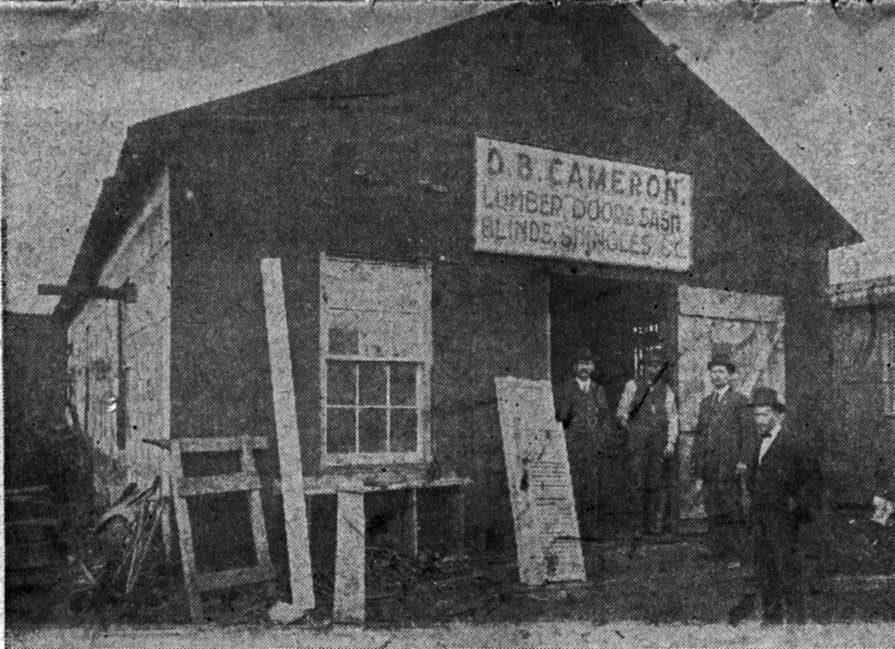 Per the 1953 Centennial edition:

"The Lumber Business of D.B. Cameron in 1900 was located on Main Street, near Five Points, about the site where the present Rose's store is located [actually a bit further west - GK]. Cameron is standing at the left and next to him is a Mr. Laubacher, one of his employees. The two other men are not identified; one is thought to be a Mr. Glenn, another employee. cameron came to Durham to work in the lumber business of his brother, A. Cameron, which he purchased about 1900. About 1910, the business moved to Pettigrew Street, opposite the Union Station, and was operated by Cameron until about 1922. The Cameron firm had a woodworking shop at the corner of Chapel Hill and Roney Streets, on the site now occupied by the Pure Oil Co. service station. This photo was lent by D.B. Cameron, Jr."