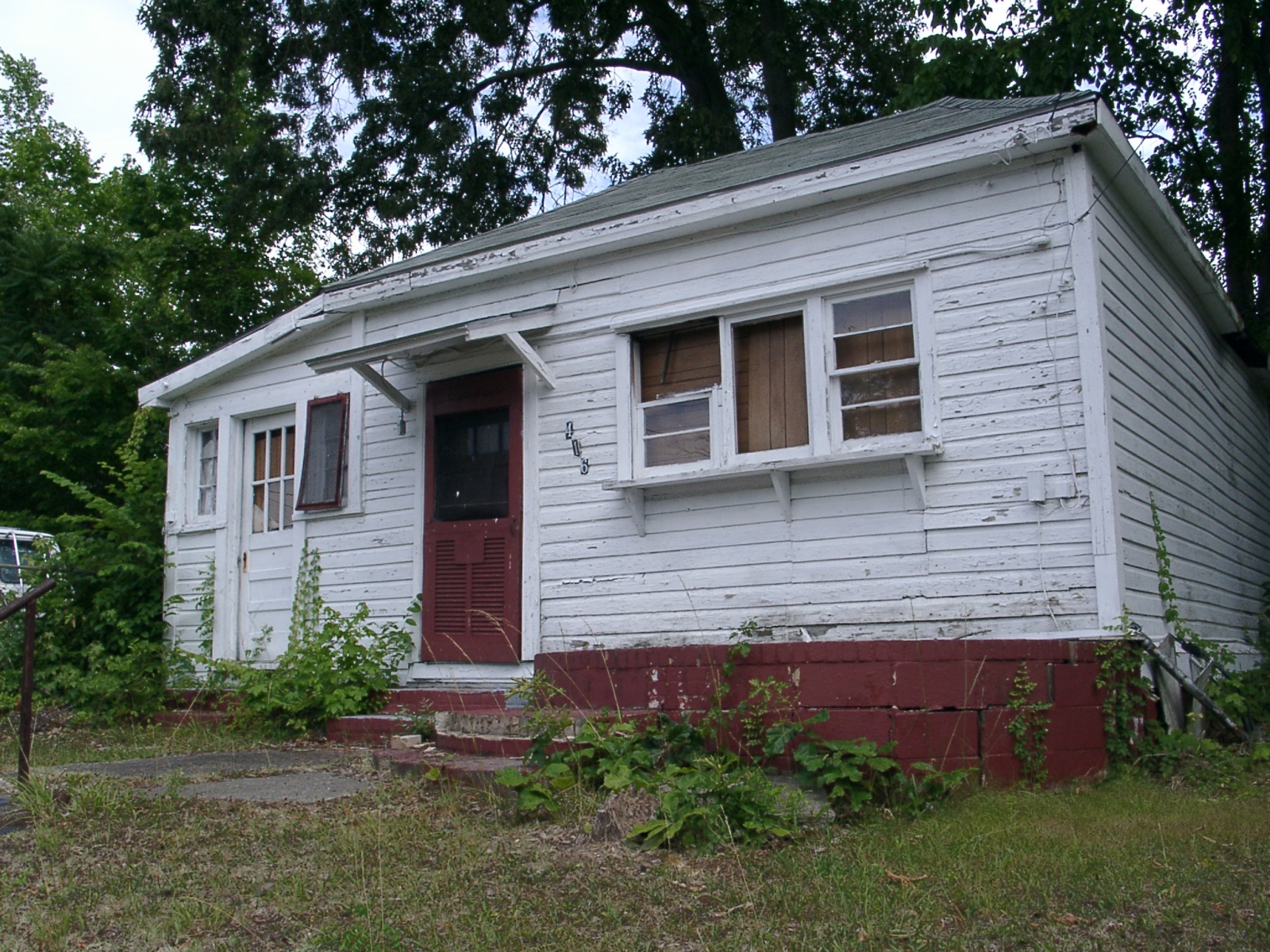 Operating out of this small building just off Fayetteville Street from the late 1940s until at least the 1980s, the College Grill served up quick meals to several generations of students and neighborhood residents.  The name as listed in advertisements and city directories from its first two decades was obviously a nod to nearby North Carolina College (now NCCU), but it seems to have been at least as popular among the younger crowd attending Hillside High School just a block southwest.  Former students knew it by the name Paul's Grill, a reference to the establishment's proprietor, Paul Johnson.

If his hot dogs and other eats were enough to have him on a first name basis with local teenagers, Johnson's cooking and hospitality also made him a recognizable and respected neighbor to others on Lawson Street, where he both worked and resided in the 1960s. 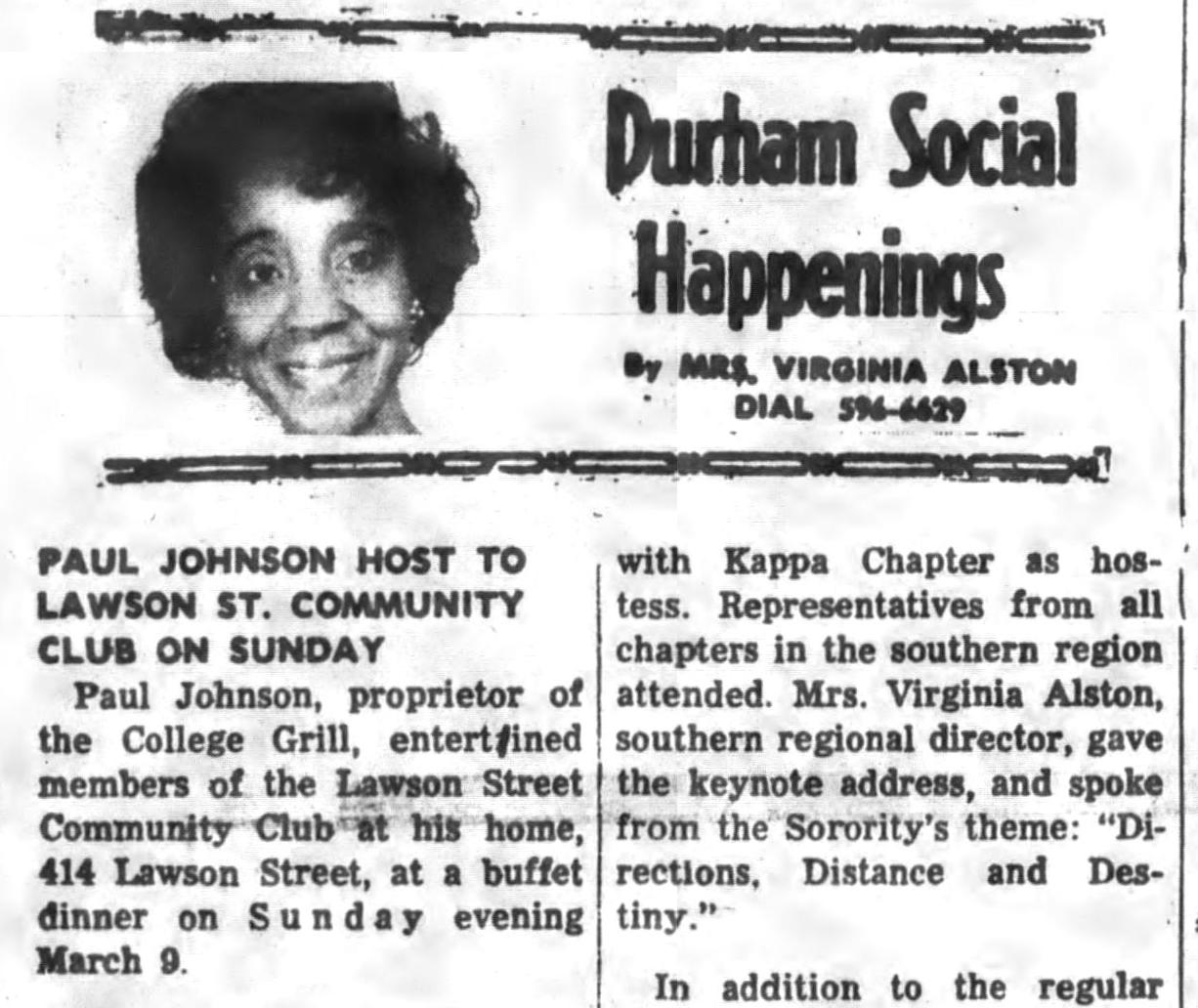 (Featured here in the March 15, 1969, edition of The Carolina Times - available online at DigitalNC.org, Johnson hosted annual dinners with elaborate spreads for dozens of neighbors and friends.)

The exact date of the restaurant's closure remains unclear - Hillside alumni attest to it remaining open through the 1980s and perhaps into the early 1990s.  The old Hillside High was vacated for its current location further south in 1995, and the former College Grill was clearly no longer in use by the time of the top picture seven years later.  Ultimately the building where Paul Johnson made his career would suffer the same fate as the school and surrounding homes that produced so many of his custormers.  By 2003, the State of North Carolina had acquired all of the properties West of Fayetteville Street between Formosa and Lawson. 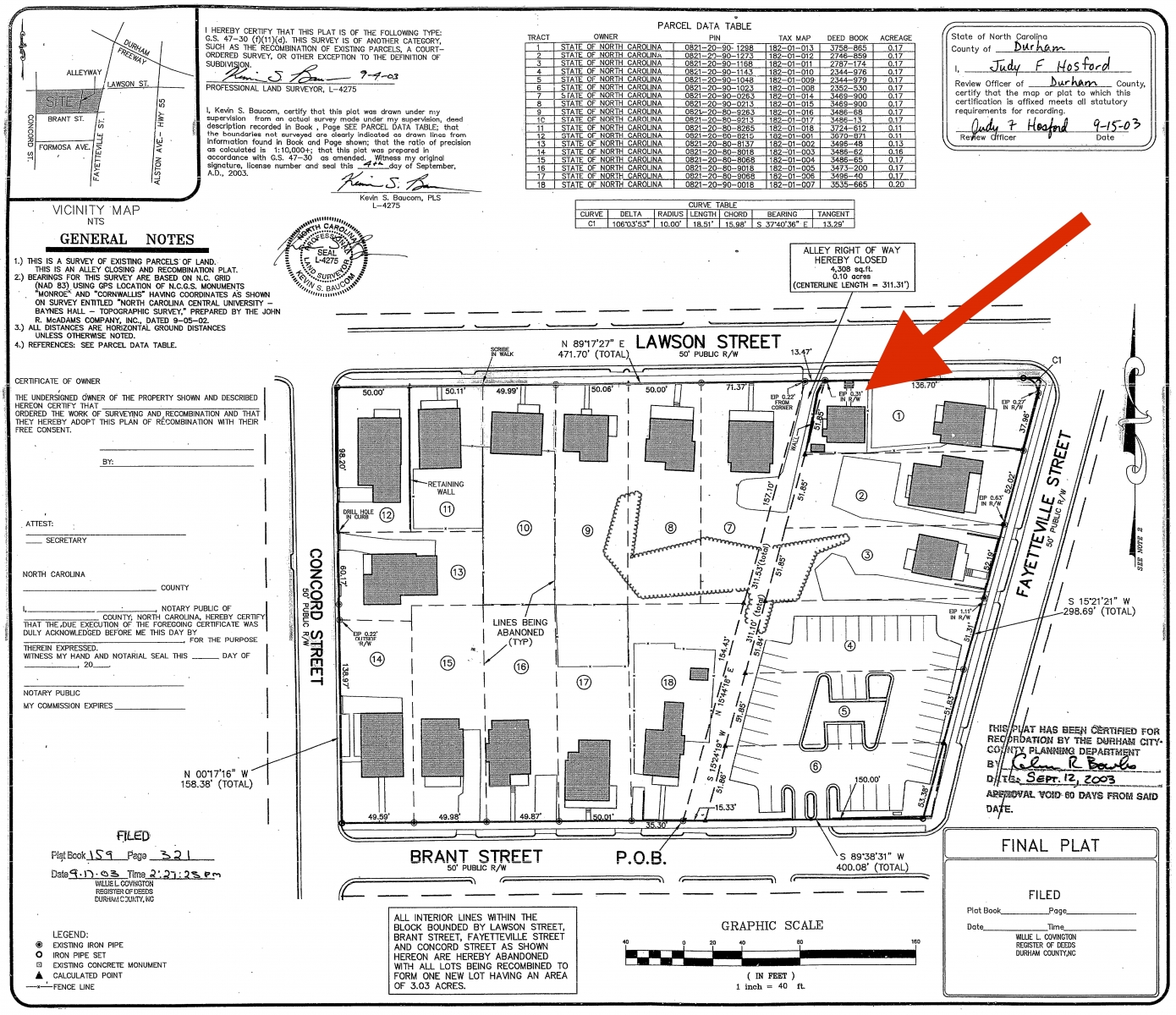 (2003 plat from County Register of Deeds showing the recombination of all of the lots bounded by Fayetteville, Brant, Concord, and Lawson Streets.  The former College Grill - indicated by the red arrow - and the remaining 15 residential buildings in this block were demolished that year.)

The expansion of NC Central - in this case to build the present-day Ruffin Residence Hall - came at the expense of the historic fabric of the College Heights neighborhood, the diminished remnants of which were recognized as a National Register Historic District in early 2019.

A valiant effort was made to save and restore the Fayetteville Street home of the University's founder, Dr. James E. Shepard, and local activists managed to relocate the home of Dr. Stanford L. Warren from Brant Street to nearby Pekoe Avenue, but the homes of several other notable members of the Durham African American community were lost.  In that dramatic context, the destruction of Paul's Grill is perhaps unremarkable, yet together they form a recent chapter in the (unfortunately ongoing) erasure of black history in the Bull City.

This building was the subject of a Find Out Friday post on Open Durham social media, July 19, 2019.  Comments from users on our Facebook and Instagram were instrumental in creating this page.