Not sure of the exact location of this, but Jean Anderson noeds that it was at "Roxboro Road and the Eno River."

"It was the Rotary Club, for example, that began a school lunch program in 1924 for poor children, made loans to high school boys to enable them to remain in school, and persuaded the YMCA to establish a summer camp for boys on the Eno River at Roxboro Road, at first called Camp Rota-Y-Ki (a name that reveals the Kiwanis' participation) and later called Camp Sacarusa. 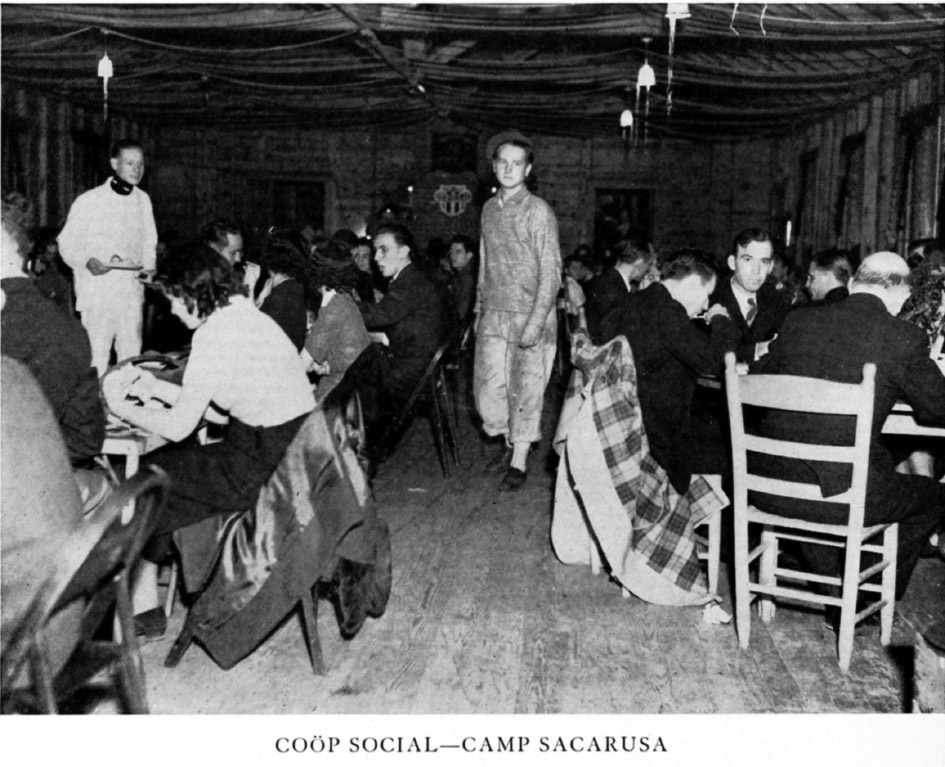 In a 1934 Duke Alumni register about Indian artifact archeology in Durham County, the camp can be somewhat located by the following description of a a site:

"On the south bank of the Eno River, not far below Christian's Mill and just opposite Camp Sacarusa, there is field in which numerous artifacts, including a fragment of pottery, have been found."

Sacarusa was a Tuscarora Indian chief - noted on several land sales and leases in 1803-1805. (Along with Chief Longboard)

There is some indication that the building(s) may have burned, and the organization purchased land for Camp Kanata in 1947, which succeeded Sacarusa. (This is unconfirmed)