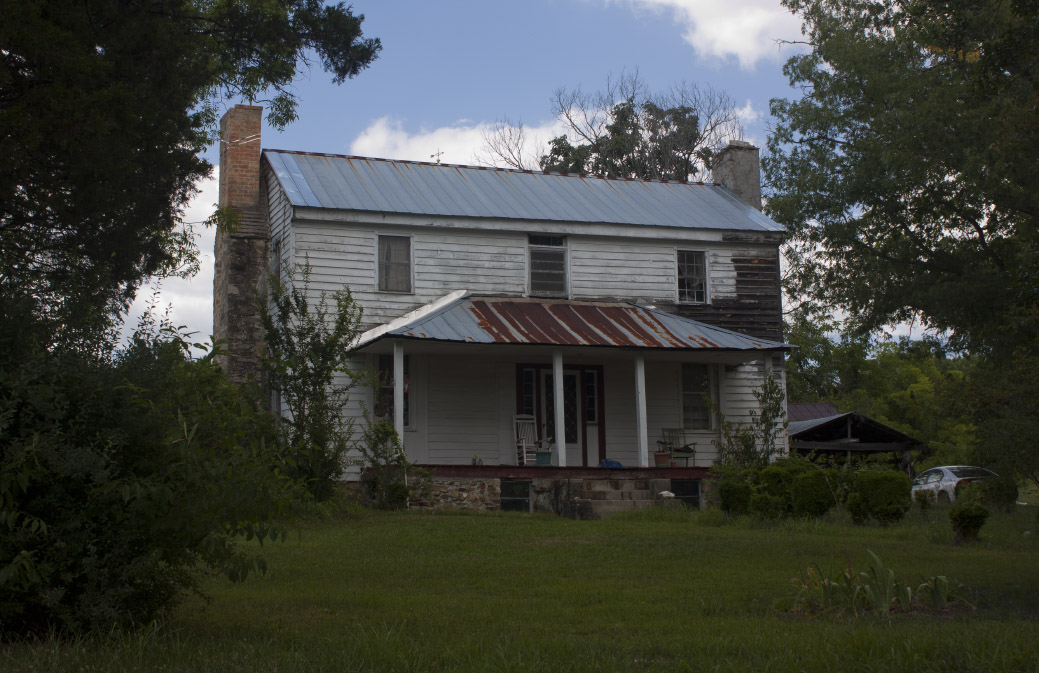 Captain William Bowling is said to have built this frame side-gable I-house ca. 1850 at about the time he and members of the Jones family established a mill nearby on the Flat River. In addition to his livelihood as a miller and farmer, Bowling was instrumental in founding the Red Mountain Baptist Church. The congregation met in his woodshop until a sanctuary was constructed (it was replaced in 1923) on land that he donated. Lucius Glenn, an African American farmer, purchased Bowling’s house and farm in 1928. His son, Claude, the present owner, has occupied the dwelling for almost 70 years.

Standing over a fieldstone foundation, covered with weatherboard siding, capped by a metal roof, and flanked by fieldstone and brick end chimneys, Bowling’s farmhouse is typical of the sturdy dwellings built by prosperous Durham County-area farmers during the mid-nineteenth century. Lingering Federal influences are seen in nine-over-nine windows on the first floor and eaves that are flush with the wall on gable ends, but the form of the dwelling is longer and lower in the Greek Revival manner. Double-vertical-panel entry doors, sidelights, and door and window surrounds with plain corner blocks also reflect the later style. The nearly full facade front porch is a replacement; flush siding to the proper right of the entry indicates that the original porch was much smaller. An ell joined to the rear of the house was added in the late nineteenth century and expanded in the mid-twentieth century.

The dwelling has a center-hall plan and the interior is finished with hand-planed wide board floors and sheathing. Simple Greek Revival trim includes squared newels and balusters and post and lintel mantels ornamented with long center panels. Doors are the main statement of fashion; most have double vertical panels and molded surrounds that are mitered or studded with plain corner blocks.

My father( Warner Marshall Kimbro) was born and raised in this house. Is this house still there? Last name was Kimbro. This would have been early 1900.  Anyone know him or any of the family......Sharon Kimbro

Sharon - the house was still

Sharon - the house was still there as of last year - I have no reason to think it has been torn down, but I haven't been out there in awhile.