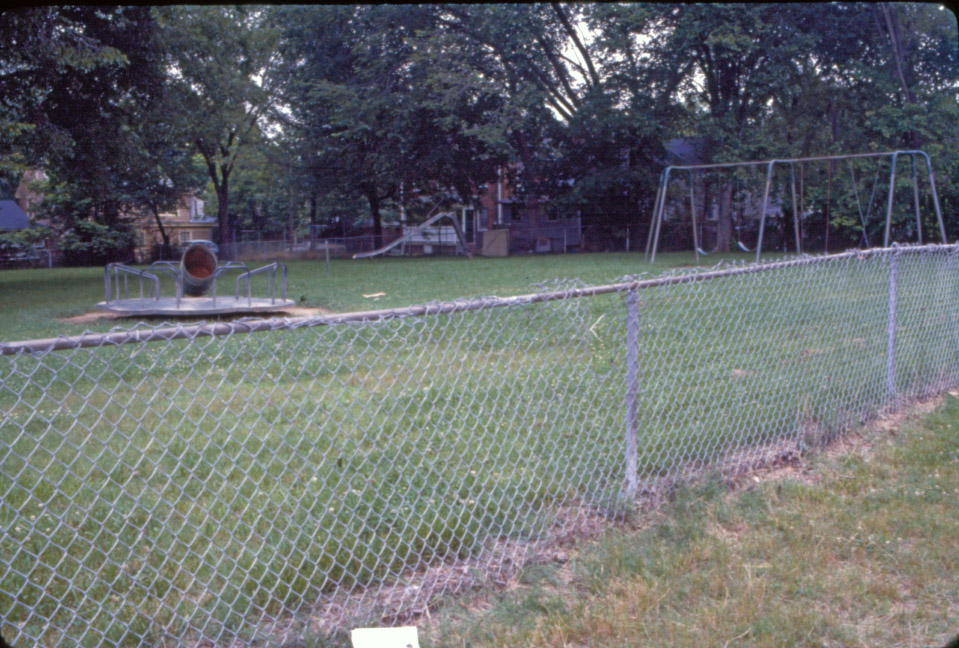 I don't know when the small park at the corner of Bay and Hargrove streets was created; the 1950 Sanborn map shows five houses on the future park site. Interestingly, some of the older-appearing houses across Bay Street also don't appear to be present on that map, making me wonder if at least 1-2 might have been moved.

As the photograph above attests, the "tot-lot" (as it is referred to in 1981) was present by the early 1980s. The steel playground equipment that I remember well from growing up in the 1970s is also long gone, replaced by woody, plastic, and other more forgiving materials.