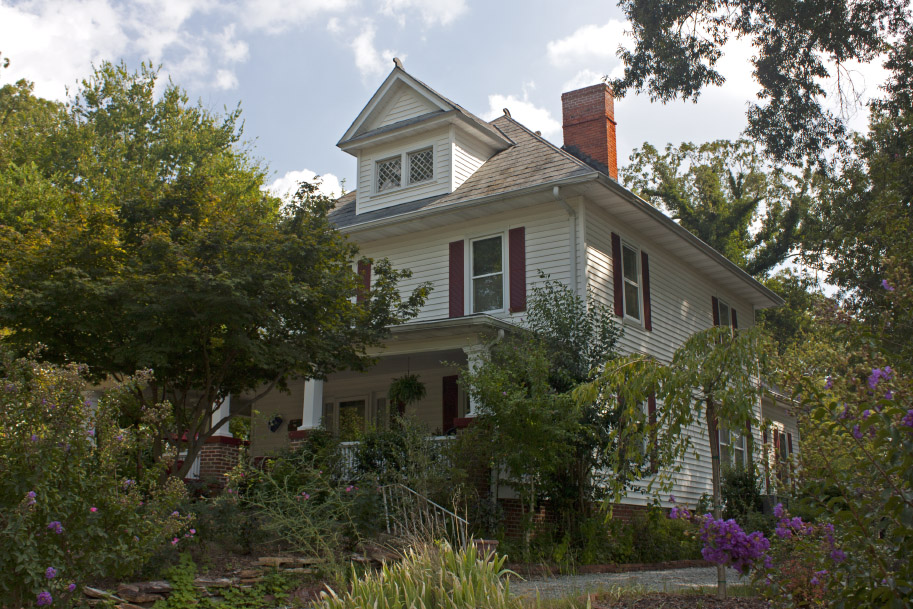 From the Durham Historic Inventory:

Plastering contractor George F. O'Kelly had this two-story frame house constructed as his residence in 1913. The salient feature of the house is the very high hipped roof with a pedimented wing and a dormer covered with patterned tin shingles and finials at the crests. Originally, both of the very tall interior chimneys had corbelling at the top of their stacks. O'Kelly probably acquired this property through his wife whose mother was a sister of Tom and John Shepherd, early owners of the property on both sides of the 900 block of West Proctor Street.