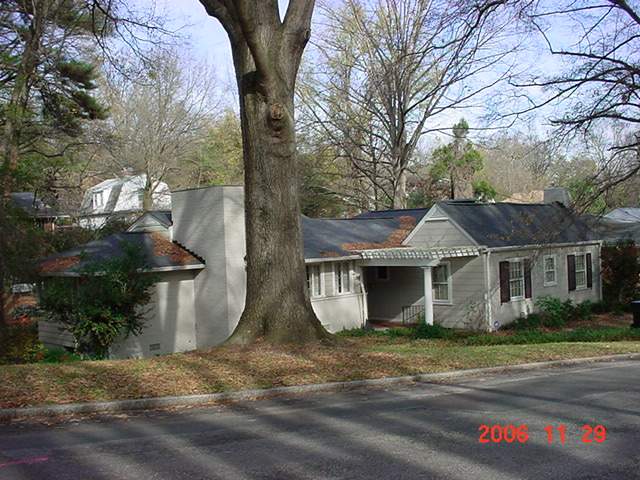 Charles T. Wilson House. Colonial Revival-style 1-story side-gabled house with 8/8 and 6/6 sash windows, a gable end chimney, and asbestos wall shingles. About 1952 a large side wing of contemporary style was added to the west wing. The 1-story, side-gabled wing has Roman brick to the window sills, with weatherboard above. Other features are metal casement windows, a recessed entrance with tall sidelights, and a large interior chinmey of Roman brick. An entrance pergola was added ca. 1990. The original house and the addition are said to have been built by Charles T. Wilson, a contractor, for his family. Charles T. Wilson of Wilson Roofing & Heating Co. was owner-occupant in 1940.