This isn't one of those structures that is easily researched - as noted in the comments, this store closed in the mid-1980s when a new Winn-Dixie opened in Phoenix Square. 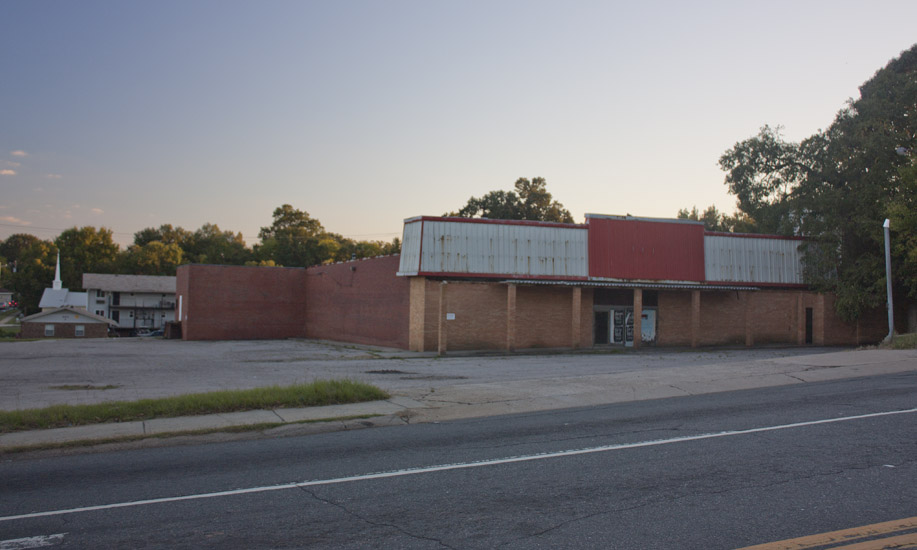 The building and 1.25 acre site is owned by the Ecclesia House of Prayer - which has their church building on a 1.22 acre site to the south of this site - the two separated by a Bergman Rental apartment building. I've never done a thorough data analysis, but I sincerely wonder if there is a church in the city of Durham - big or small - that owns less than two parcels of land.

This is the kind of land use that drives the anti-East End Connector NECD folks out by the newly-paved Harvard Avenue and Miami Blvd. to advocate for the widening of Alston Avenue - in the misguided belief that the narrowness of Alston Avenue is the only thing preventing a major national retailer from building something along here. Oh, and NIMBY-ism.

That's not going to happen. Oh, it could happen at some point if some smart economic development occurs - but that's not what bigger roads do in impoverished areas.

This site was being bandied about as a place to relocate Los Primos or put together some kind of deal with a grocery store in response to the environmental justice finding by NCDOT - that eliminating Los Primos would eliminate the only grocery option around. NCDOT's response was to shift the roadway over onto Durham Rescue Mission land, which might interfere their plans for the MegaMission. Word still seems to be out on what NCDOT is going to do about that, but efforts to locate a grocery here in order to tear down Los Primos and appease the Rescue Mission seem to have floundered.

Which means this will continue to be a bookend on one of Durham's Bevy of Blight corridors - Liberty St. is a thoroughly unpleasant experience from its western origin at Roxboro St. until it morphs into semi-stable neighborhood around Long Meadow Park and N. Hyde Park Ave. Few streets could benefit more from a master plan for economic stabilization and better land use along the entire corridor - one that has more teeth and political buy-in than the usual ignored-master-plan-sitting-on-the-shelf.

In 2012, the City of Durham gave significant economic development incentives to "Save-A-Lot" - a grocery chain headquartered in Missouri with 1300 stores. The incentives to a national chain grocery store with Los Primos nearby smack a bit of the dis-favoritism consistently shown towards the latter store for a variety of reasons. Regardless of the merits, this long-derelict building is being renovated as of July 2012. 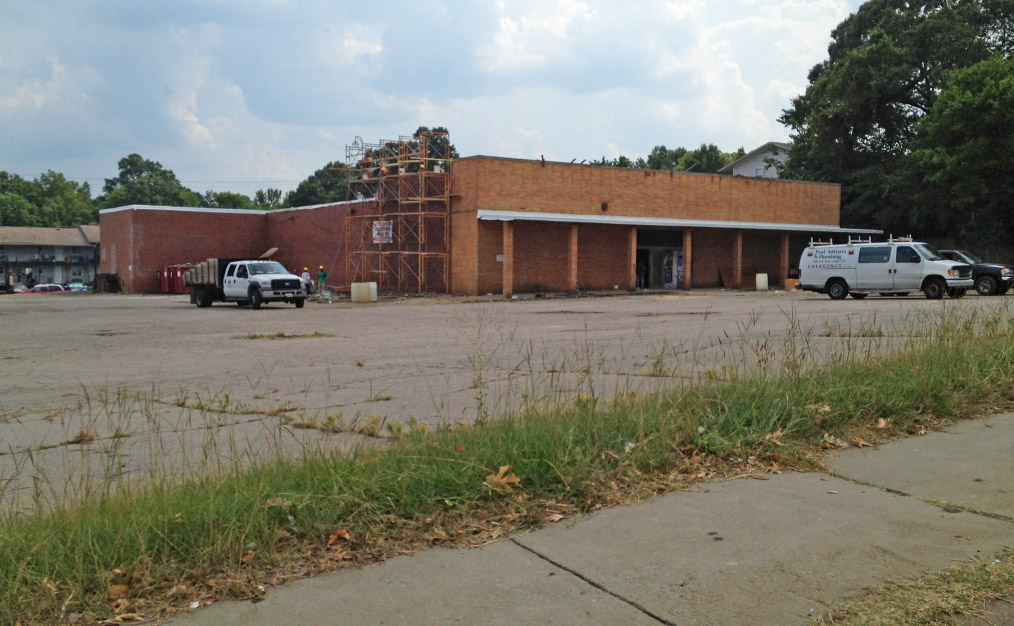 At some point, in all of

At some point, in all of these land holdings, someone has to lose. It seems there is this delusion that there are willing sellers trying to meet up with willing buyers and infrastructure is just getting in the way. What I've seen is property owners doing the bare minimum amount of work and tax paying to keep folks off their backs while waiting to make a million dollars on their less than 2 acre parcel.

AND YET
somehow these fools remain respected or at least not publically shamed.

It's like a land grab lottery. Everybody holding on to property waiting for their number to hit, expecting that some day their huge payoff will come if they just wait long enough.

This location closed when the

My gandmother's home was moved to make way for this store. Her rented home faced Alston at the northwest corner of Alston and Hopkins.