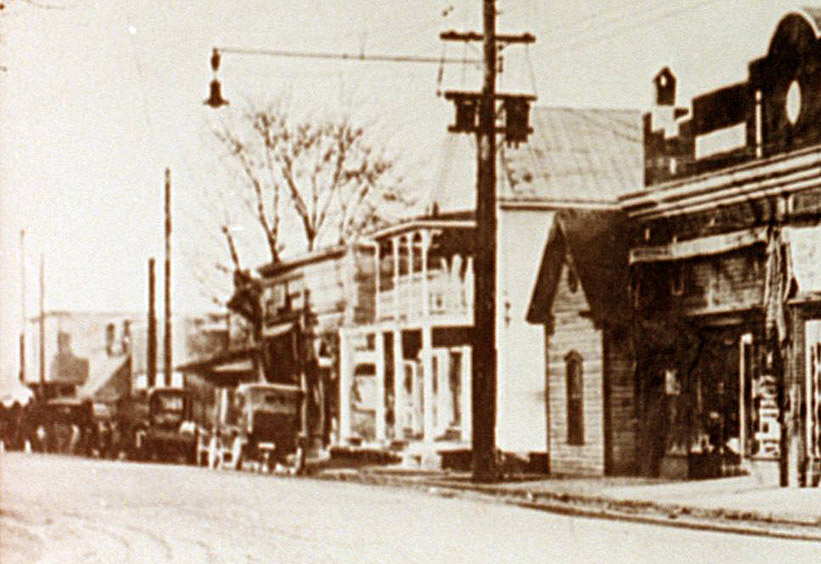 734-736 Ninth began with a series of frame residential structures that, by the mid-1920s, had begun to be supplanted with frame commercial structures - starting with the West Durham Cafe at 738 Ninth St. By the mid 1930s, Bonardi's Fruit and Produce was located at 734 Ninth St., and the Keeton Furniture Company at 736-738 Ninth. By the early 1940s, John Dailey had taken over the Keeton Furniture Company building for his grocery store. By 1950, Dailey had constructed a masnory building that spanned the 734-738 stretch of Ninth St., Dailey's Household Appliances. 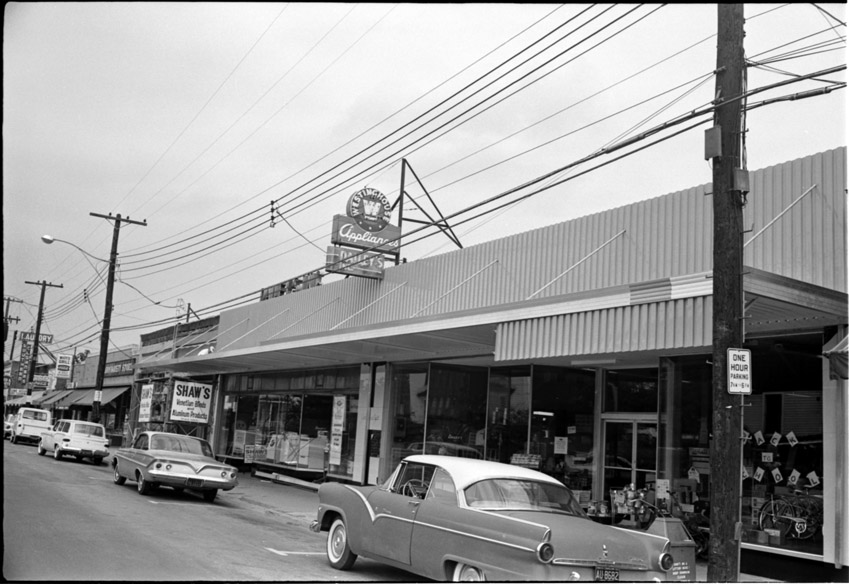 Dailey's, with the infamous Ninth St. awning being affixed to its facade, 08.23.63
(Courtesy The Herald-Sun Newspaper) 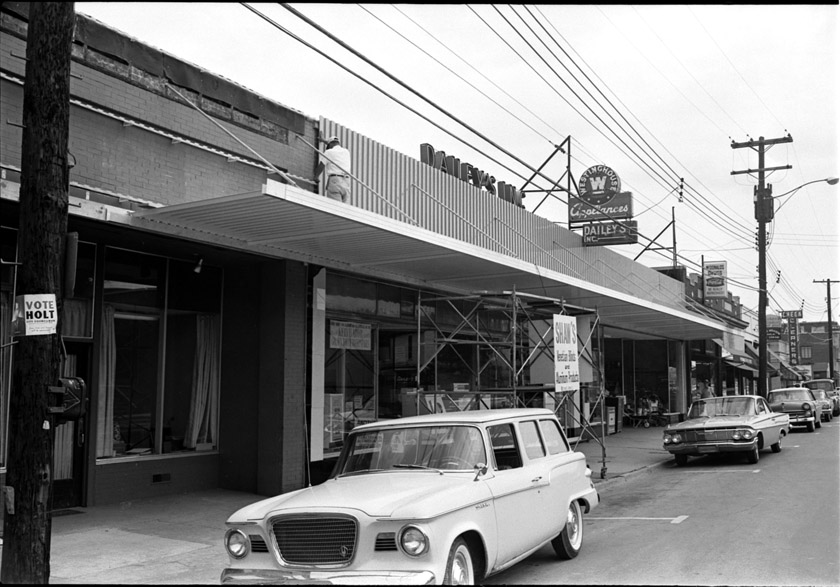 Dailey's remained in business until sometime between 1985 and 1990. Bernard's Formal Wear had taken over the former hardware and appliance store by 1990. During the 90s, they remodeled the front facade to its present appearance. 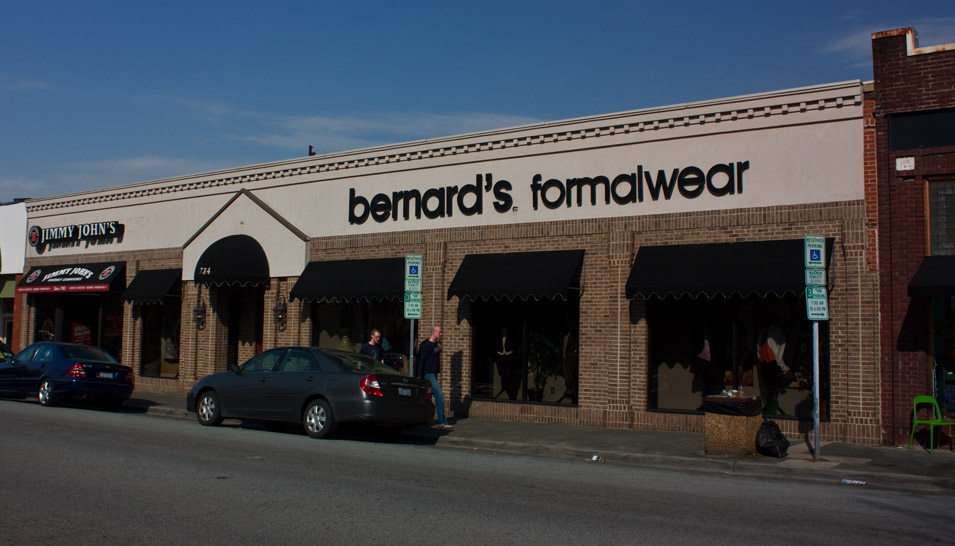 I always wondered if there was a "real" (i.e. historic) building behind that [ugly] facade

has anyone ever even been in

has anyone ever even been in that store? i always wonder how they make it... personally would prefer something else in there.

From a friend in the Dailey

From a friend in the Dailey family: "When the hardware store building was built the house beside McDonald's was moved to the back of the lot and used for storing appliances and things for many years... That house is shown on the aerial pictures taken from the east side of Ninth Street."

I remember taking trips to

I remember taking trips to Dailey's hardware store with my dad in the early 80's, when I was just a little girl. That was before the days of Lowe's and Home Depot, when a trip to the local hardware store meant personal one-on-one service for finding just that right piece of equipment you were looking for.

Becky-I never went there, but

Becky-
I never went there, but Lowe's (founded in Wilkesboro, NC) used to be located on Hillsborough Road when I was a kid in the early 70's. I can remember my parents buying our first color television at that location. Back then, I remember it being more of a combination of appliances and building supply. I'm pretty sure Lowe's is out of the TV business now.....but they sold them back then. Hechinger(sp?) was the first big box building supply store in Durham that I can remember....aside from Moore's on highway 70 just in Wake Co.

Let's not forget Visart Video used to be where Jimmy John's is. then was it Eno Traders?

My Dad and an uncle worked

My Dad and an uncle worked for Dailey's as appliance repairmen in the fifty's. They were familiar with most of the homes in West Durham, and much of the rest of Durham, installing and repairing the appliances in them. Many older Durham citizens still remember the Norwegian, Henrik Rasmussen, and his brother in law Elmo Bowen, the appliance repairmen. I remember the wooden floors in the store squeaking when you walked around.
My mother has a picture made at the store, of actress Betty Furness who visited the store around 1954 I believe, as part of Westinghouse, an appliance manufacturer, being a sponsor of her tv show. Dailey's was a Westinghouse dealer. They had a front load washer with a window in the door and a scale that would weigh the cloths on the open door. I thought it was a cool piece of machinery.

I don't think it was Visart. It was called North A

I don't think it was Visart. It was called North American Video. The only Visart I recall in this part of town was on Hillsborough Rd near Kroger.