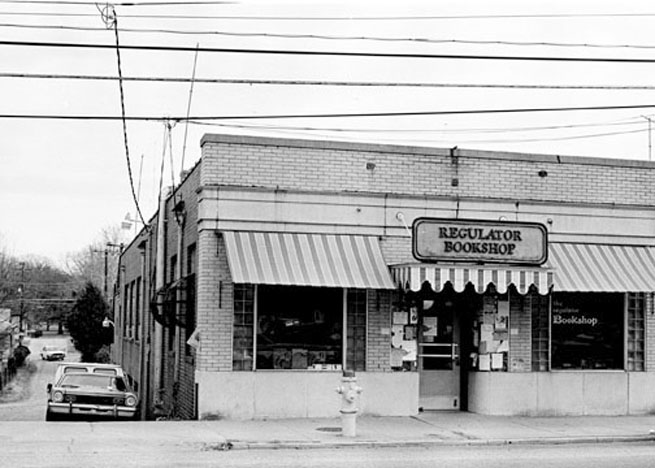 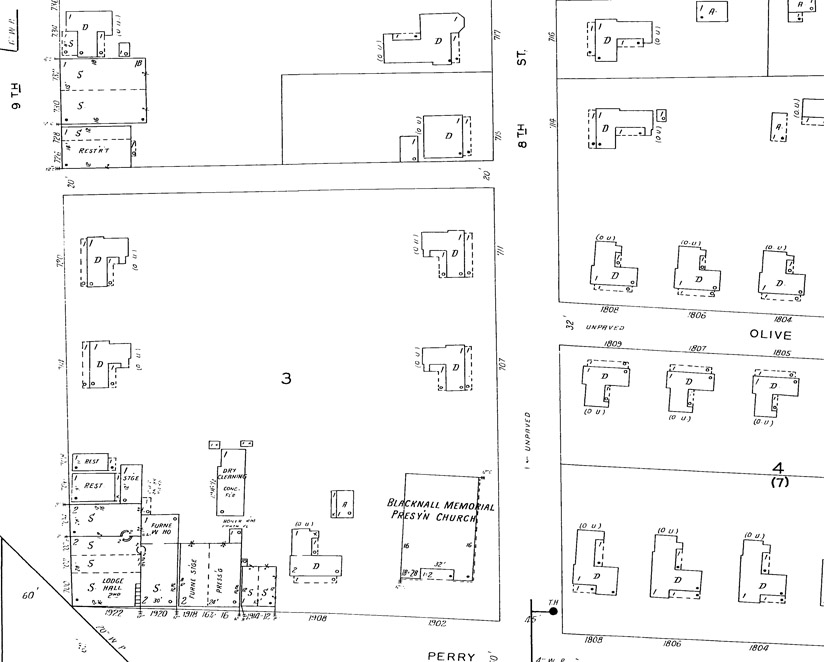 720 Ninth Street was initially part of the Erwin Mills mill village, part of the housing built to the east of the mill extending east to Broad Street. A mill house (720 Ninth St.) stood on the later site of the commercial building.

By the late 1940s, the two mill houses at 714 and 720 Ninth St. had been demolished, and Cheek Dry Cleaners had been built at the corner of the alleyway across from Stack St. and Ninth St. 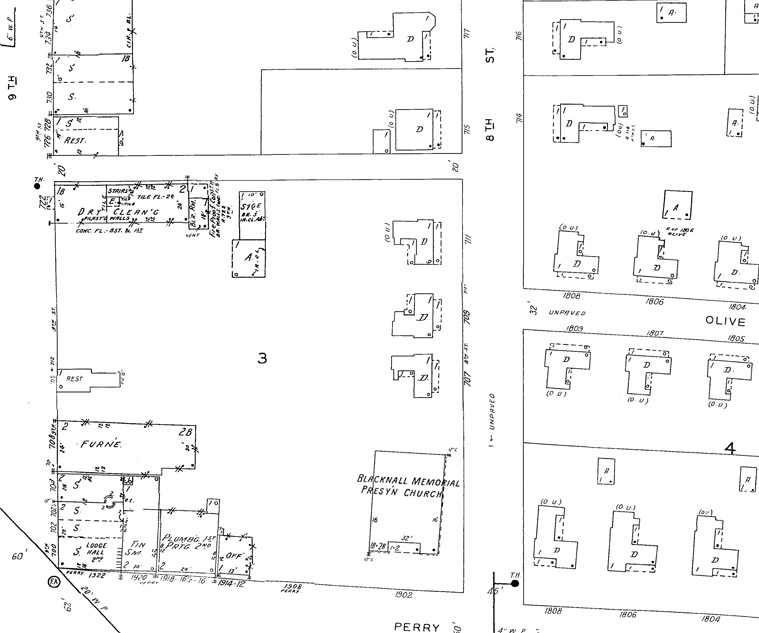 Sanborn Map, 1950, showing Cheek Dry Cleaners at the corner of the alley and Ninth. 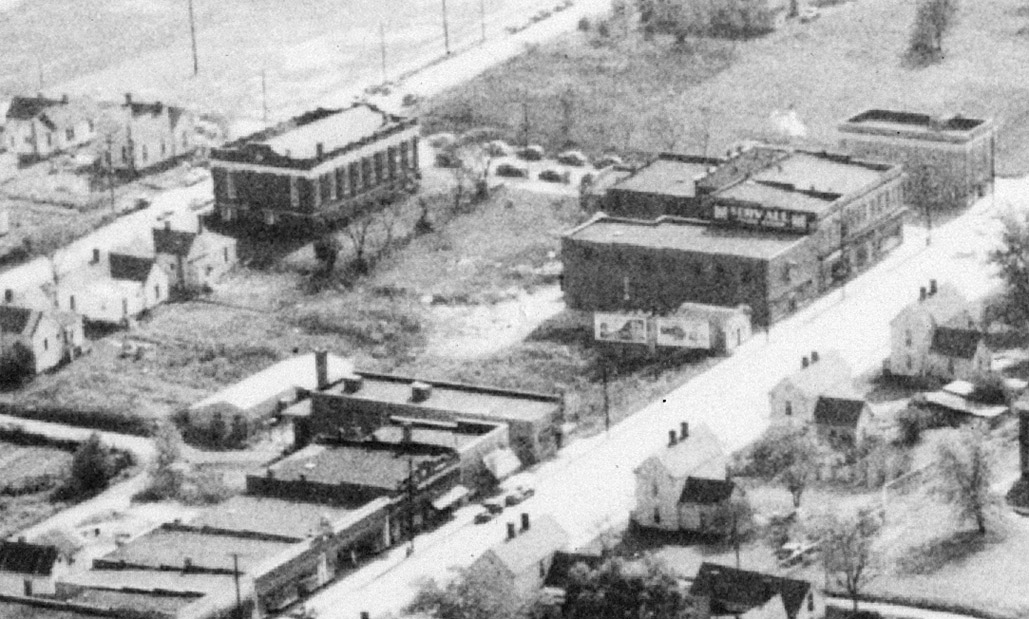 Looking southeast, 1950. Cheek Dry Cleaners sits at the northern end of the former residential land. (With the smokestack at the rear.)
(Courtesy The Herald-Sun Newspaper) 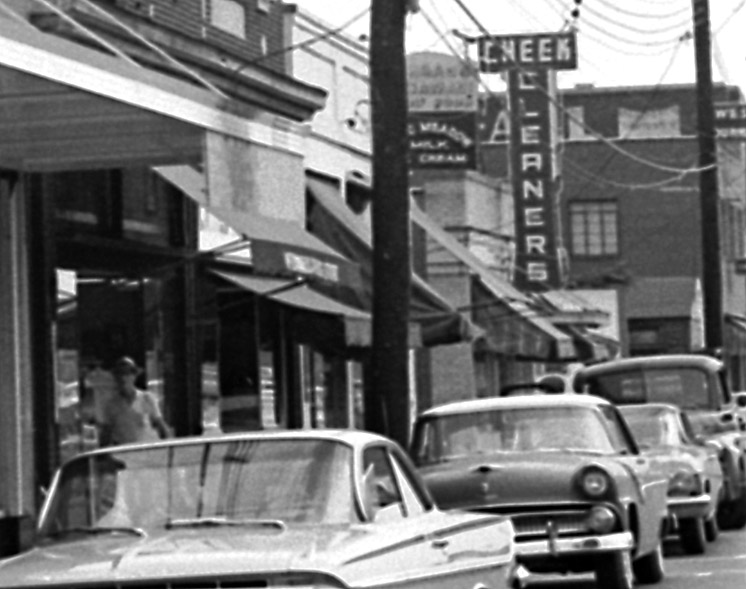 1963 view down the sidewalk on the east side of Ninth St., showing the marquee sign on the front of the building.

Cheek Dry Cleaners remained in business through the early 1970s, but closed by 1975. In 1976, the first business in the Second Era of Ninth Street opened, as new owners of the building revisioned the former dry cleaner as an eclectic bookstore - "independent" before the term, as applied to bookstores, likely existed.

The Regulator is still going strong, and with the closing of the last business of the First Era of Ninth Street - McDonald's Drugstore, the bookstore is the wizened anchor of Ninth St. retail. As an unabashed bibliophile and fan of the store, I hope they survive and thrive during the challenge from the online bookstores to stick around another 33 years. 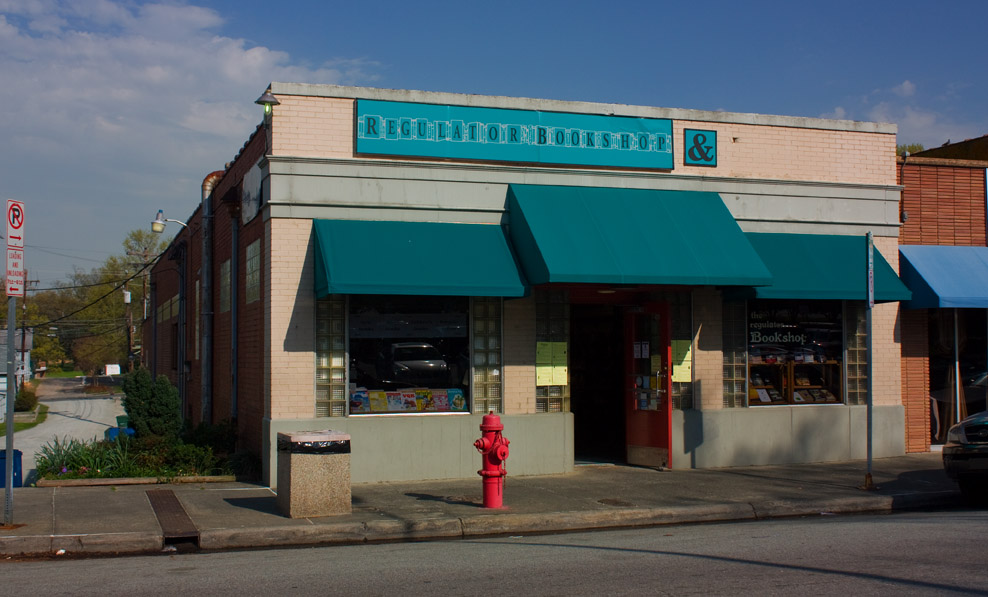 A friend, who grew up on Hale

A friend, who grew up on Hale Street, told me that when Cheek Dry Cleaners was first built, neighbors thought the glass window blocks were a bit fancy for a shop in the mill village.

Cheek Cleaners stored furs in a room, with thick walls, down in the basement. Books are now stored in the room -- which extends under the Ninth Street sidewalk.

Mrs. Cheek's daughter had a seamstress shop in the back of the basement (with an alley entrance). Africa News Service (which began electronic publishing in late 1983) had its offices in the basement until the mid-1990s.

at the rear of the building,

at the rear of the building, above Africa News Service was a local offset printer, Regulator Press, which was not affiliated with the bookstore. the press entrance was off of the alley, up the stairs. the bookstore expanded into the back of the building and the downstairs in the 90s.

Operated by my uncle Ike.

Operated by my uncle Ike.