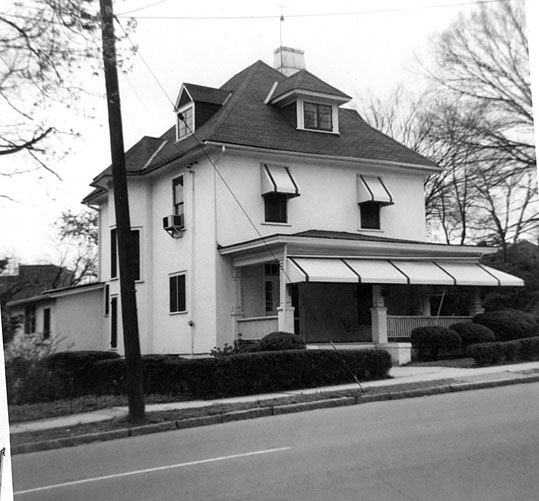 707 South Duke St. - Notice the slope coming up the hill from the low area/creek up to Morehead.


The houses on the east side of the 700 block of South Duke St. were more clearly a part of Morehead Hills rather than West End. The dividing line was never clearly delineated, but the low ground between the high point at Chapel Hill St. and the high point at Morehead Ave. (low ground through which runs a tributary of Third Fork Creek, now culverted under the Durham Freeway) was the grey-est of the the grey area. The 700 block was continguous with the 600 block on the east side, divided by Parker St. on the west, which 'T-ed' into Duke St. The 700 block's southern boundary was Morehead Ave.

707 South Duke was the home of the Twaddell family. William P. Twaddell was director of the music department at the city high school, but was giving lessons and evidently available for work of all kinds musical out of his home. The city directory for 1923 reads: "Studio (piano, voice, organ, and musical theory,) concert organist and consulting choral director, psychological measurements of musical ability - 707 South Duke"

Evidently after his death, his wife, Vera Carr Twaddell, transformed this into a full-fledged musical school, beginning in September 1934. By 1951 it "had an enrollment of 225 pupils. With an adequate and qualified faculty, they offer instruction from kindergarten through the sixth grade. Subjects include piano, organ, voice, and ballet."

I've spoken to several residents of Durham who grew up during this era and remember going to the house on South Duke St. for music lessons.

I don't know when the school closed, but there's no sign by the mid-1960s. In 1967, the house was torn down to make way for the Durham Freeway. 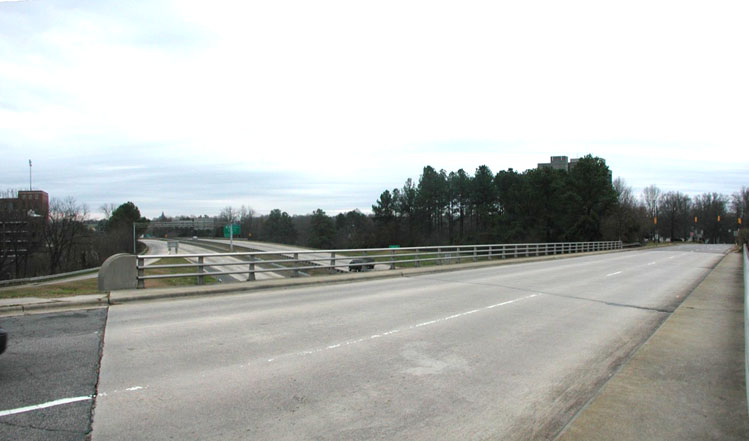 I took piano lessons from Mrs

I took piano lessons from Mrs. Twaddell from 1958 through 1964 at this location.  The piano was in the living room, the recitals were in the low roof structure at the rear of the house, which was an auditorium.  I took lessons from my mother, Frances M. Howard (longtime organist/pianist at Lakewood Baptist Church).  from 1953 to 1958.  Mrs. Twaddell was considered the leading piano teacher in town.

So it was still around in

So it was still around in 1964... thanks so much for your comment Charles.

You're quite welcome, Gary.

You're quite welcome, Gary.  Thanks for your service.

To pin down the date further, I quit going to The Twaddell School of Music during my 10th grade yr., much to the dismay of my mother.  I started 10th grade in the fall of 1963 & finished in the spring of 1964.  I can't pin down the exact month.  Myrick also took a few piano lessons there.  Being 5 yrs. younger, he got away with quiting much quicker than me!

After leaving Duke St., Mrs. Twaddell moved to a brick ranch house at the corner of University Dr. & Cornwallis Rd.

My informant about the Miss

My informant about the Miss Burch who gave piano lessons at 1607 Duke University Road (http://www.opendurham.org/buildings/1607-duke-university-road?full) was Mrs. Frances M. Howard, mother of Charles Howard and Myrick Howard. Mrs. Howard was for me a great source about Durham history, and at the time I asked (circa 1970) about the old house she was setting type for Graphic Reproductions (successor to Durham Engraving Company), which was then located in a duplex across the street and about a block to the east. She told me that her father had been an early Durham builder and that his house was among the oldest on James Street.