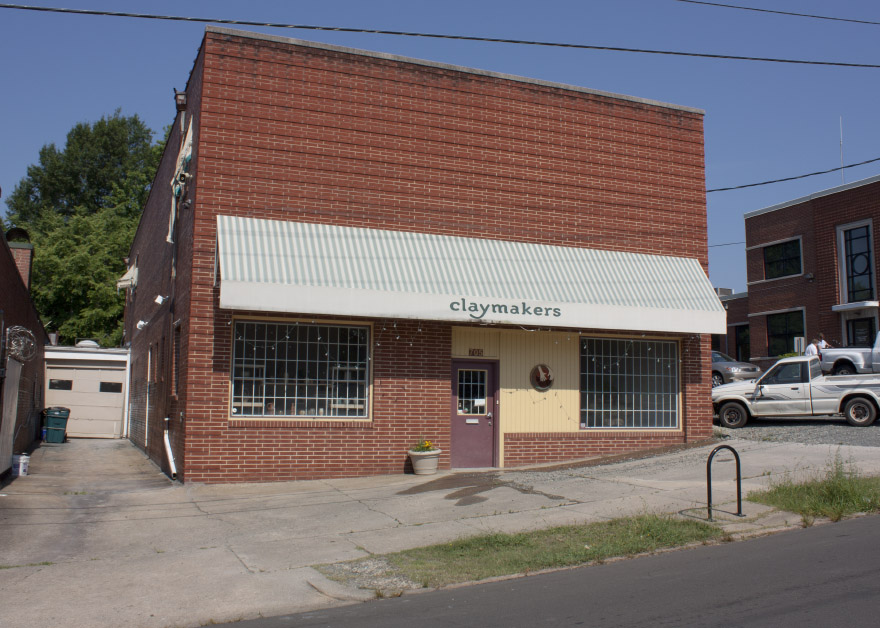 From the National Register Listing:

The two-story, flat-roof, three-bay-wide brick commercial building does not appear in the 1955 Durham City Directory but is listed in the 1957 directory as the “Durham Awning Co.” The business was still listed in the 1963 directory. Its functional construction of one-to-five common bond brick walls and metal sash and casement windows on the south side (with no openings on the north side) is elevated with modest modernist brickwork patterns on the east façade. The darker red brick façade is laid in running bond, with brick quoins at the corners and, on the upper façade, every fourth course of brick projecting as a string course. The center entrance is a replacement metal door. The flanking display windows have small-paned muntins that are likely added later. The window on the north side of the door is partially infilled. At the rear is a one- story frame section, likely added, and a small wooden addition stands to the rear of the south elevation. The second-story door to nowhere on the rear, with a metal awning, probably had a fire escape. The building retains a high degree of architectural integrity. It houses a pottery business called Claymakers.