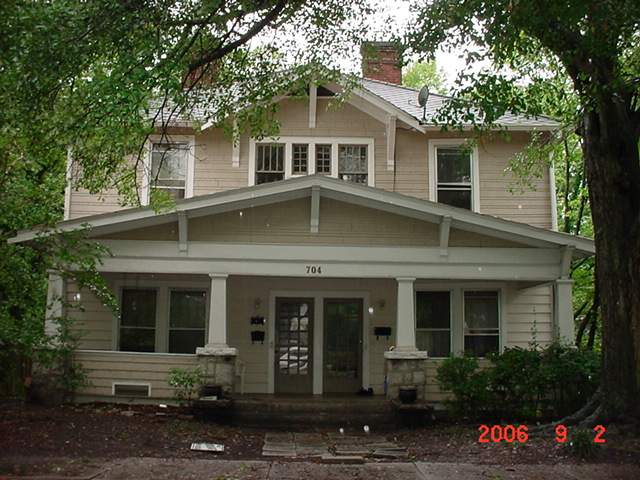 Large two-story frame foursquare built late 1910s and identical, except for later conversion to duplex, to Russell-Webb House at 811 Vickers Ave. Its builder, J. T, Christian, began his career as vice president and general manager of Cary Lumber Co. and later founded Christian Printing Co., of which he was a lifelong president. When the East-West Expressway took the Christian Printing building in the early 1970s, the firm merged with Colonial Press to become Creative Printers in Chapel Hill. Four of Christian's children made their homes nearby on Shepherd St.