I have a particular obsession with what I've referred to as 'urban tombstones' before - stairs, curb-cuts, low walls, etc. - the remnants of an old house that persist long after the house is gone.

In that vein, I've had a longstanding obsession with the empty lot, and accompanying stairs/wall, at the southeast corner of Morehead Ave. and Vickers Ave. The only clues I've had as to the house that stood there were outlines on Sanborn maps and a fuzzy aerial shot. 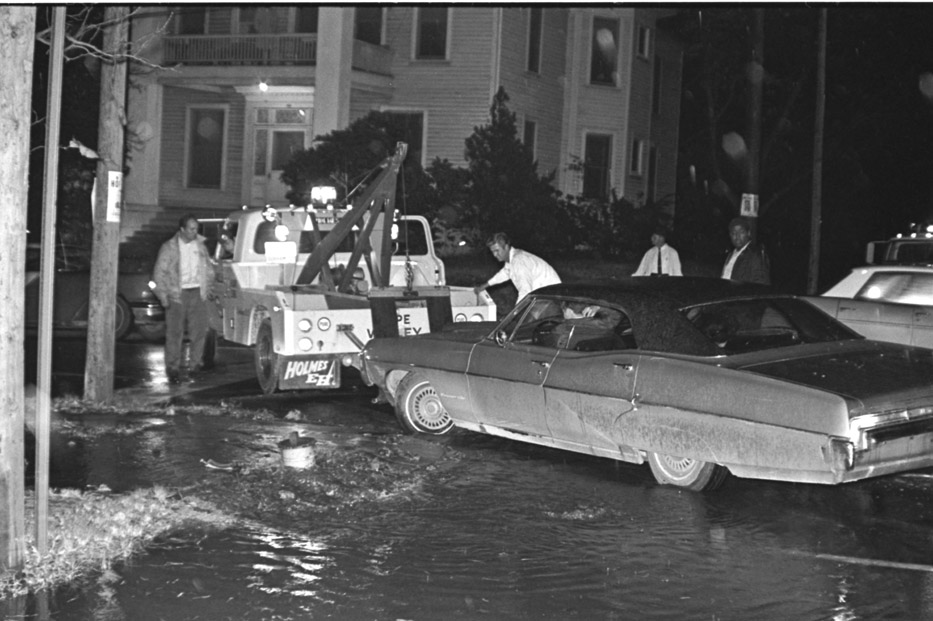 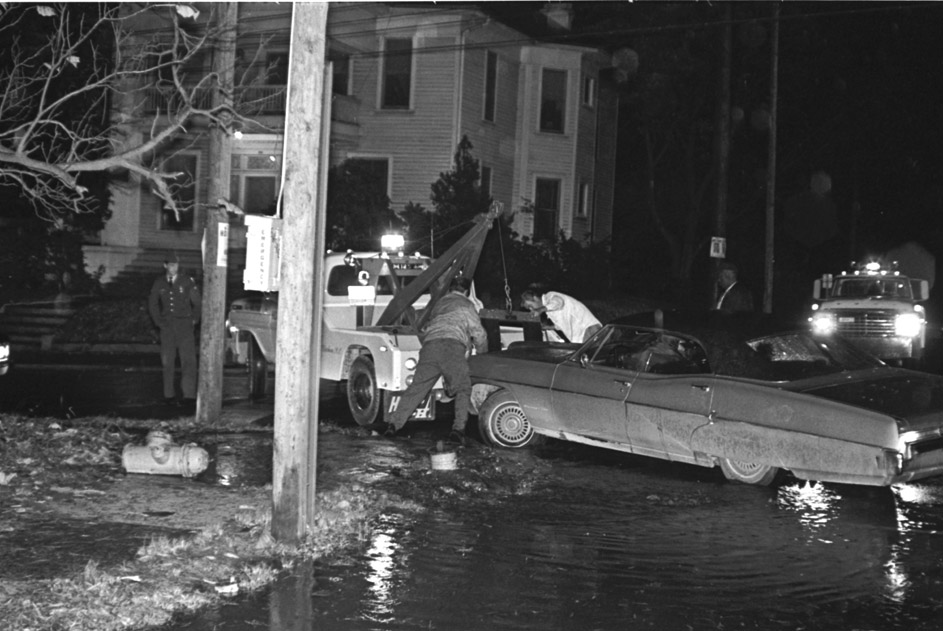 Searching the city directories, this house was owned by an HL Beal during the 1920s-30s and a Jennings Family during the 1950s. I don't have any more information about the families who lived here, but it appears that the house was torn down sometime during the 1960s.

Looking southeast from Morehead and Vickers, 1.1.08

what a beautiful home- how

what a beautiful home- how sad that it is long gone.

it is fulfilling to glimpse into the "once life" of a now "urban tombstone"- thank you for sharing your find!

Here is an urban tombstone

Here is an urban tombstone for you. The curb-cuts alongside the Hicks Warehouse on Fernway St (between Duke and Fuller). Makes me wonder if there was a subdivision planned before the Hicks was completed in 1900.

They were probably cut for

They were probably cut for trucks or carts loading and unloading tobacco. Are they in front of the large arched doorways and the metal pieces that stick out over the sidewalk? I believe these were used as some kind of lift/pulley to move material off of trucks and into the building through the larger arched openings. The curb cuts would allow the trucks to pull up or back up to the building. I could be wrong though.

That's the interesting part. The curb cuts (in stone curbs) do not line up with the (former) loading doors or anything else as far as I can tell.

I remember when 619 Morehead

I remember when 619 Morehead Ave. was there. I remember before the Blue Cross Blue Shield Building was built and it was a field. My Grandparent's house, J.Eric(grand nephew of W.T. Blackwell...his mother,Betty Blackwell)and Helen Noell Johnson of Johnson "Buick" Motor Company is the brick Colonial Revival house that still remains at 617 Morehead Ave. They built that house in 1928 when my mother, Betty was a baby. My grand mother's sisters also lived in the neighborhood...Laura Noell "Carr" Chapman(518 Morehead Ave.) and Miriam "Aunt Mun" Wallace Noell "Lyon" Williams(803 S. Duke St). My great-grand father Charles Noell moved from Danville, VA, where he had worked for Brown & Williamson;which was a part of American Tobacco Company. He brought with him, his 5 beautiful daughters; Helen,Laura,Miriam,Seycelles and Libby.
My Aunt Mun used to tell a story about Uncle "Buck"...and how he give her and her husband a "Pierce Arrow" for their wedding gift. They drove it down Main St until it ended, where Mr. Teer and his mules had cleared the road. That would be Nello Teer and Uncle "Buck" was James Buchanan Duke...George Lyon's uncle.

I remember the house at

I remember the house at 619 Morehead Avenue, as I used to walk home sometimes from Carr Jr. High with Janet and Dorsey Jones (who lived at the corner of Duke and Morehead.) This was in the early 60's, and also, I sometimes walked with Joy Farthing, whose family lived in the 619 house. I only actually went in the house once. It was gorgeous with a very interesting staircase in the enormous foyer. I went in the house with Joy up to her mother's bedroom to let her know that Joy was home from school. I believe she was ill at the time and bedridden. I don't know what happened to the family, but I think they were rentors of the house, not the owners. Joy graduated from DHS in '65. I, too, would love to know why the house is not there. Something in the back of my mind is telling me that it burned down and was not rebuilt.