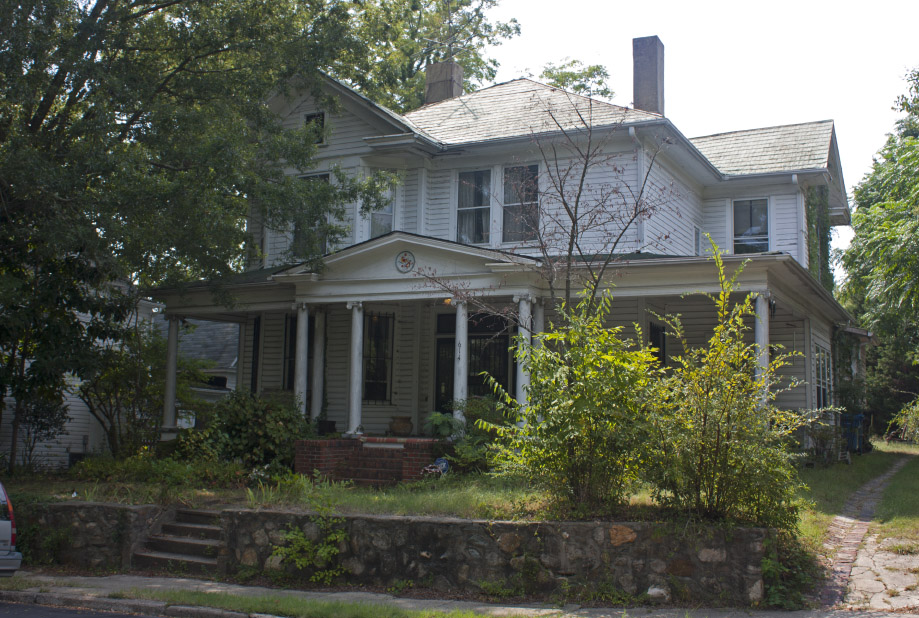 Per the Durham Historic Inventory

Edgar J. Whitaker, a foreman at Blackwell's Bull Durham Tobacco Company, built the house at 614 Shepherd in the early 1910s. [Note: Blackwell's had been bought and eventually absorbed by American Tobacco in the 1890s, and American broken up by 1911, so he was either foreman at another Co. or the house was built before the early 1910s.] A subsequent owner of the house was Tom Goss, who was associated with the Durham Hosiery Mills.

Per the National Register: