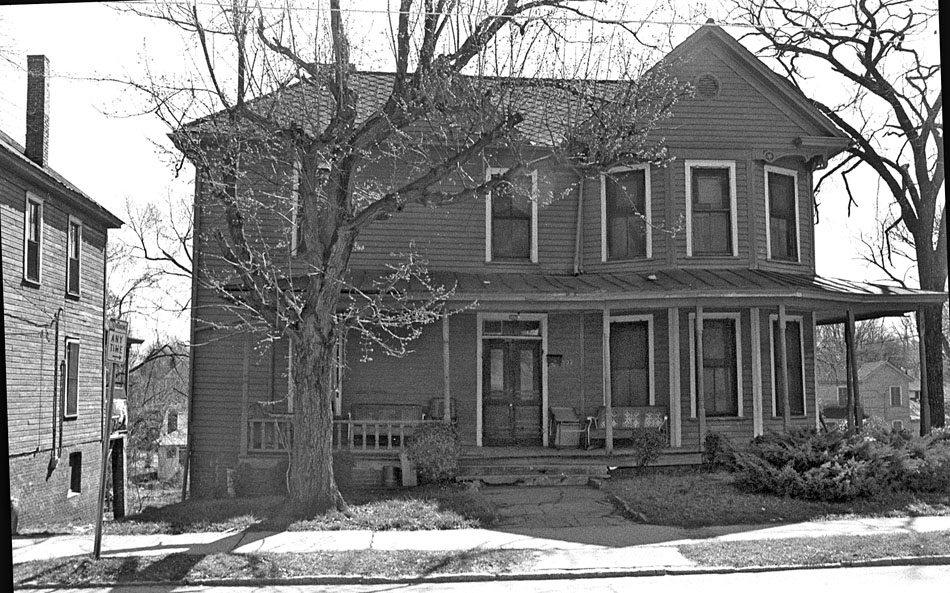 Timing is everything. Unfortunately, my timing failed this test - I had intended to shoot pictures of 502-504 North Roxobro last weekend. 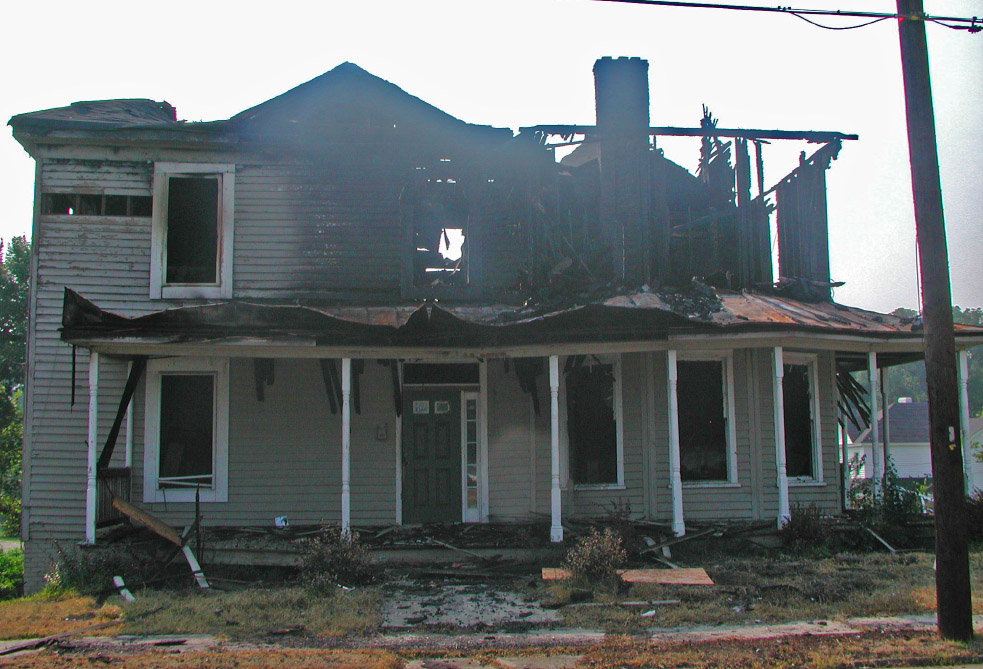 I apologize for the poor quality of this picture - but you never know how quickly or slowly the Durham Demolition... uh, Department of Housing and Community development will move. So it could be gone by this afternoon, or be around next year. 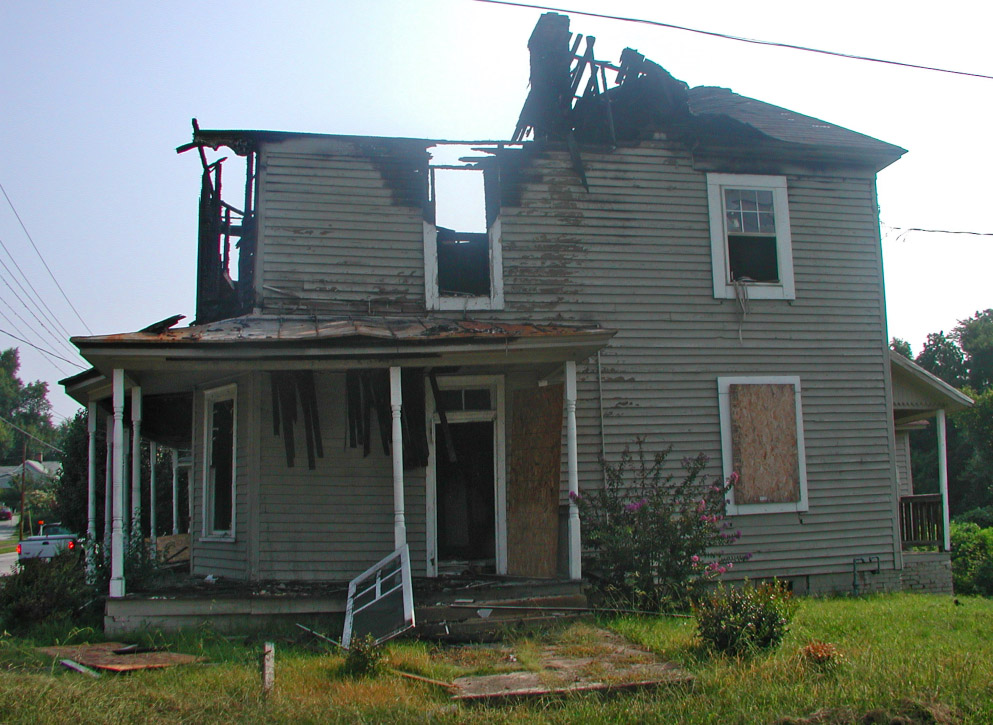 Below is a partial "before" shot, courtesy of my friend eb: 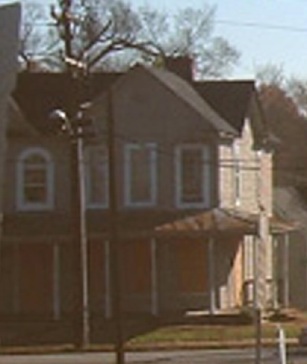 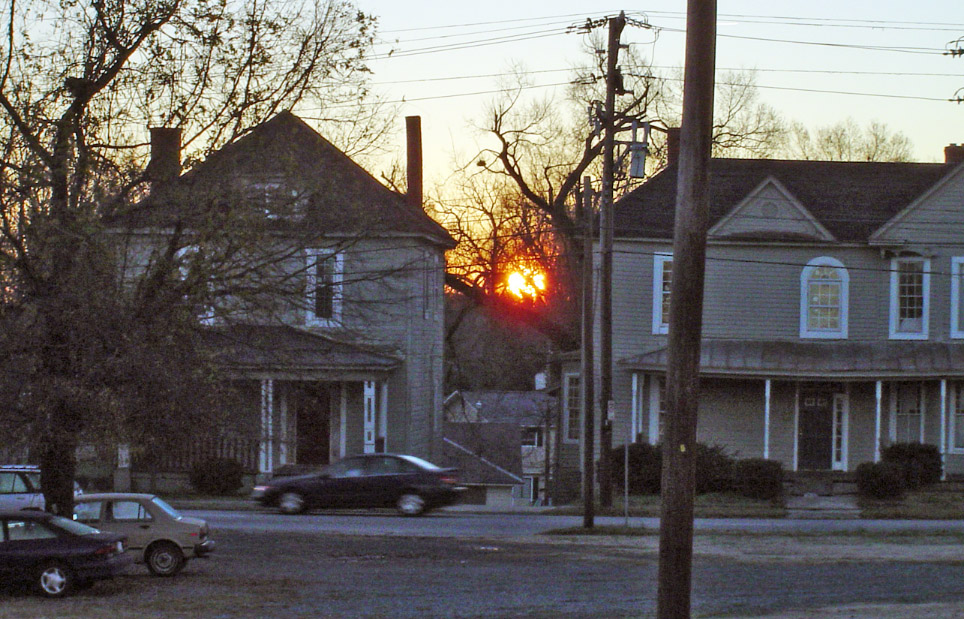 These two houses represented two of the last three houses in the 500 block of North Roxboro St. They were once quite beautiful, and had begun to fade by the 1970s, when much around them had been demolished by urban renewal.

The houses had been vacant for several years, and, without intervention, a bad outcome was inevitable. I thought it would simply be torn down.

The Raleigh News and Observer states that the fire has been deemed suspicious by the fire department.

It has been obvious that these two houses, surrounded by vacant land from urban renewal and church parking needs, were going to go. Have city or county government, economic development groups, or local non-profits done anything to 'encourage' the owner towards repair or sale of these houses? Not that I'm aware of. 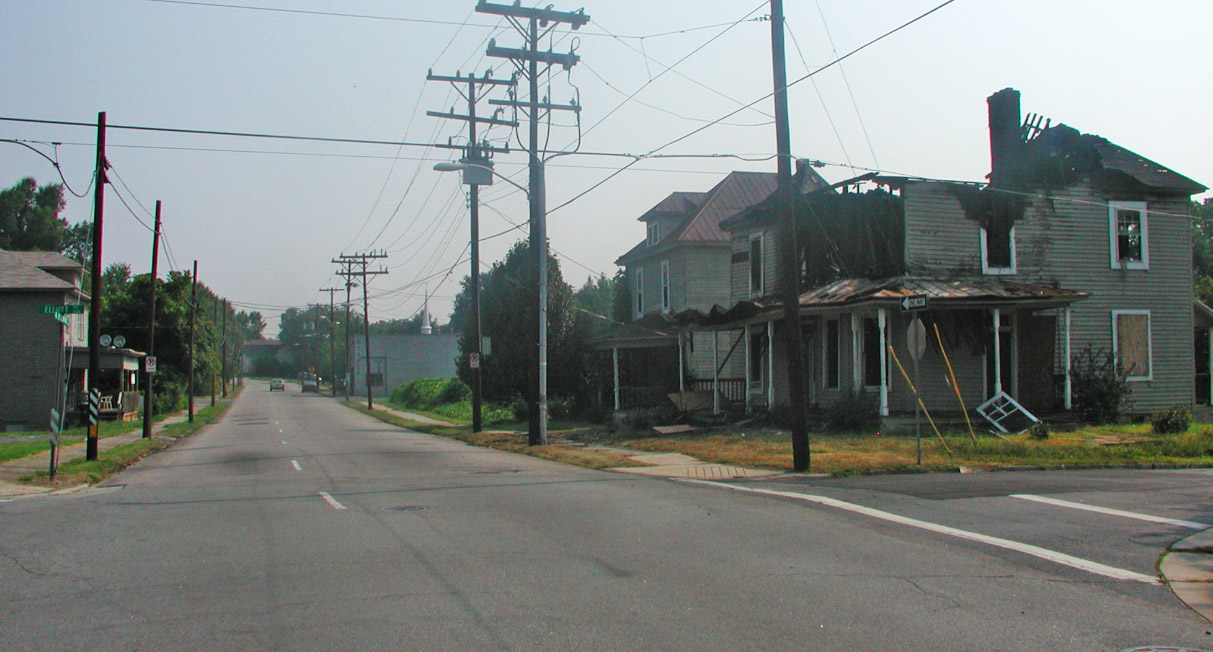 Here you can see the quantity of vacant/poorly used land surrounding these properties. Most of the land in this picture is an entire block (save one house) of surface parking for the First Baptist Church (all formerly housing). This is Exhibit A in my claim that faith communities are a repeat winner on my Top 5 Threats to Preservation list. This was once a continguous neighborhood with the houses in the distance, which are part of the Cleveland-Holloway Historic District (and themselves threatened by neglect). It was also once a contiguous neighborhood with Dillard Street, profiled in an earlier post.

As of 2013, the owners have been talking big for a good 4-5 years about their apartment development plans for the mess of a vacant block. Unfortunately for them, while they've been pie-in-the-skying,  professional apartment developers have come into Durham and, as of late 2013, have ~1500 units coming out of the ground. (With another 1000 or so in the pipeline.) I'm afraid this isn't going to work out so well for them, as they've missed the market opening.

But they can probably afford to sit on it, unfortunately for the rest of us, in semi-perpetuity.

I went into the house after

I went into the house after the fire. There was a door filled with keys, one of the strangest things I've ever seen. Rows and rows of neatly lined hooks with multiple keys on each hook.

Strange how a week after the fire department refused to burn them since they were too close they caught fire mysteriously in the night.