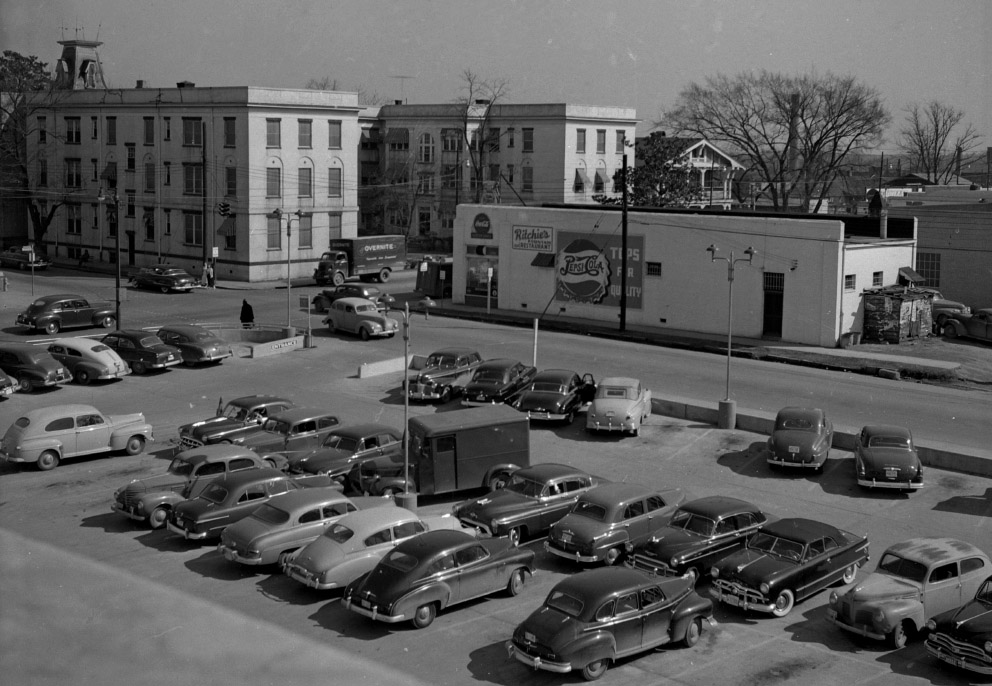 One of Durham's most influential citizens, Julian Shakespeare Carr, a member of a successful Chapel Hill mercantile family built his estate on the southeast corner of East Main St. and South Dillard Street in 1870. He called it 'Waverly Honor'. 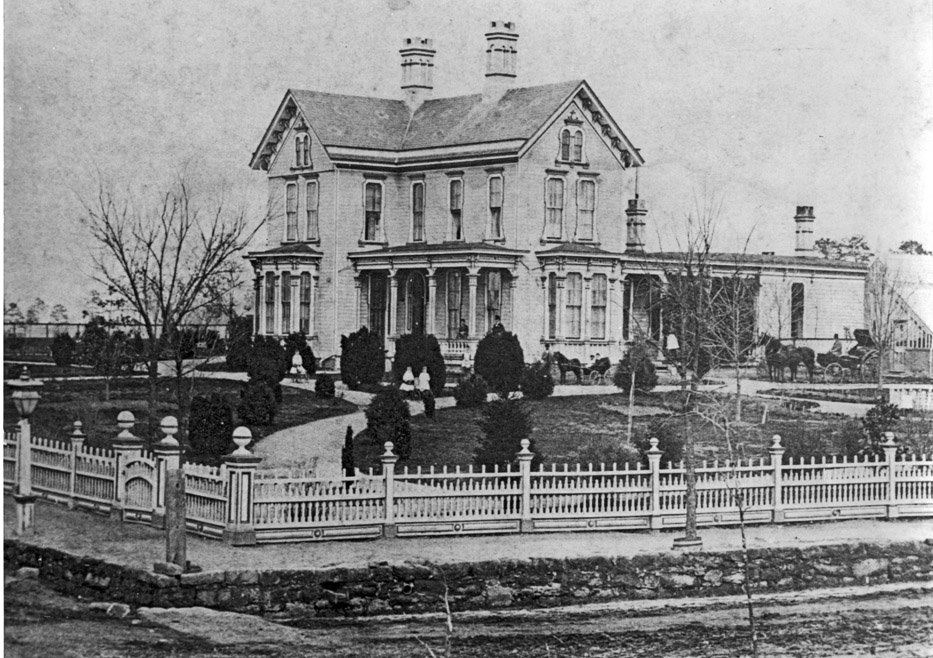 J.S. Carr would become involved in almost every venture that made Durham successful in its early years - from the WT Blackwell (Bull Durham) tobacco company, to the Durham Hosiery Mills, to Golden Belt, to the Durham Lighting Company, to donating the racetrack that is now East Campus for Trinity College to move to Durham. That is only a smattering of his endeavors.

If you look on the land use GIS for the block of late 1920s commercial structures at the southeast corner of Main and Dillard streets, though, you see the words "Somerset Villa" as the area designation.

That's because, in 1888, Carr dismantled Waverly Manor and moved it to the south side of Peabody (now Ramseur) at Dillard so that he could build Somerset Villa. 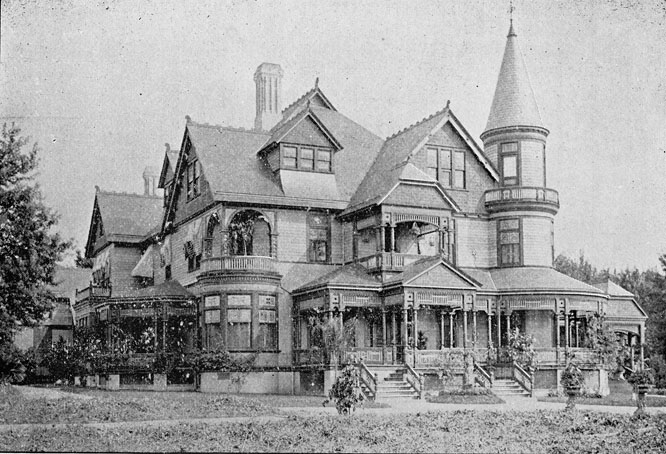 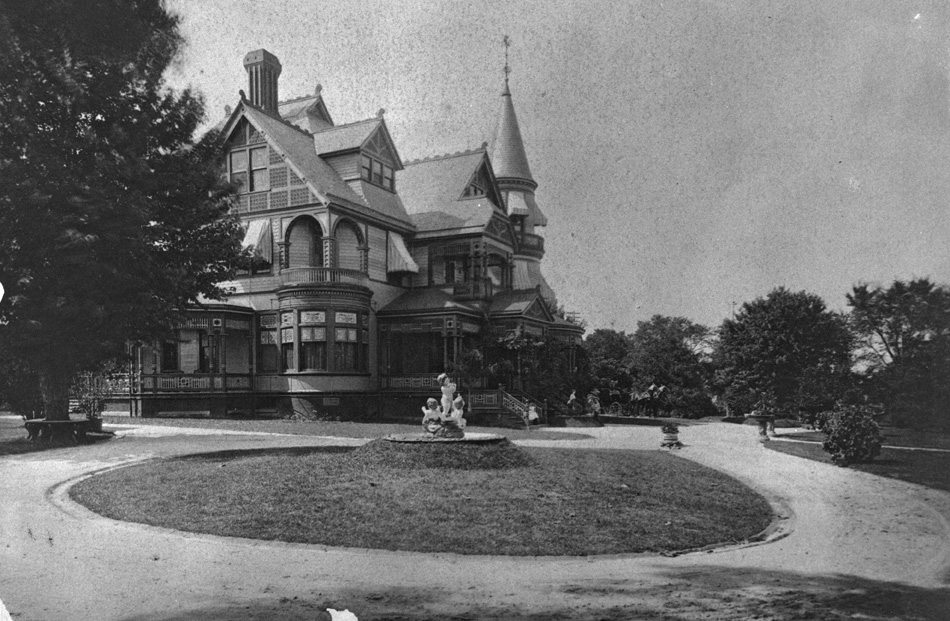 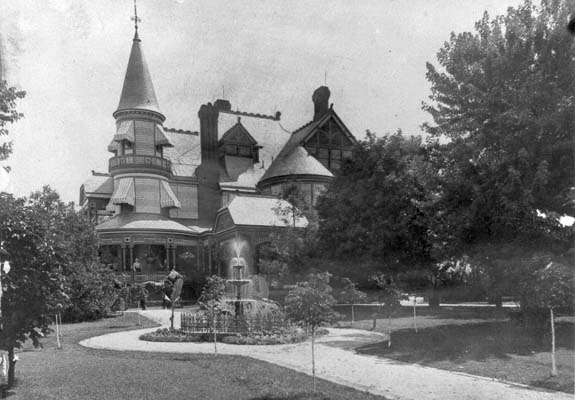 Somerset Villa was, and likely still is, one of the most impressive structures ever built in Durham. A sampling of the decription from the historic inventory:

"... front veranda measured 220 ft, a large turret on the northeast side of the house was capped by an ornate copper weathervane. The interior....:intricately carved mantels, stairway platform inlaid with medallions of white holly, mahogany, rosewood, and ebony, floors made of French mosaic tile...." 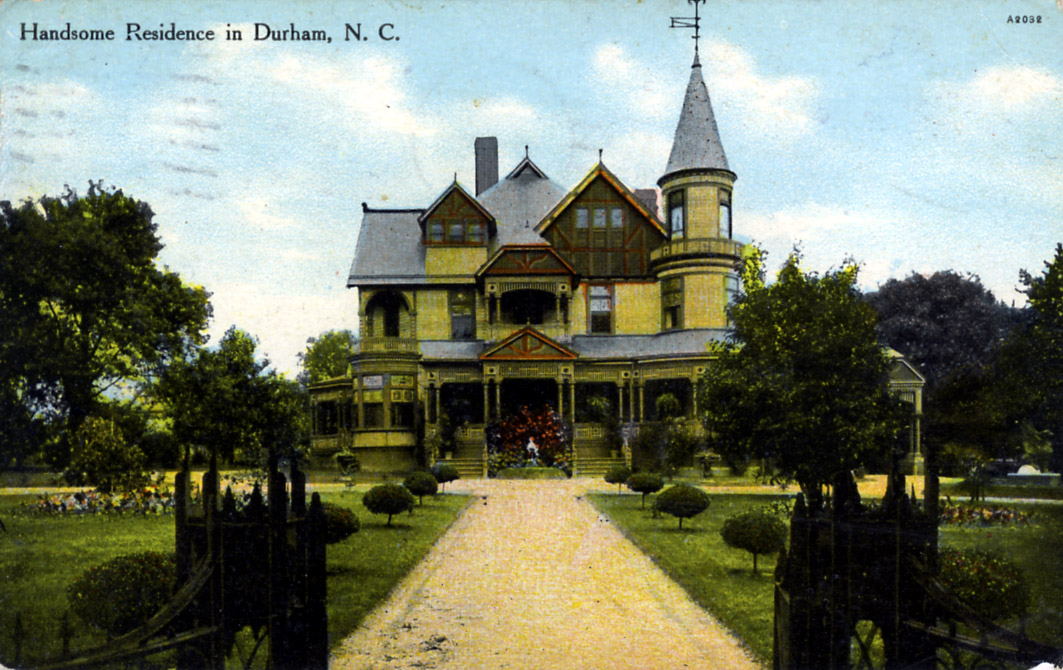 The structure was designed by John B. Halcott of Albany, New York, and reportedly cost over $100,000 to build. 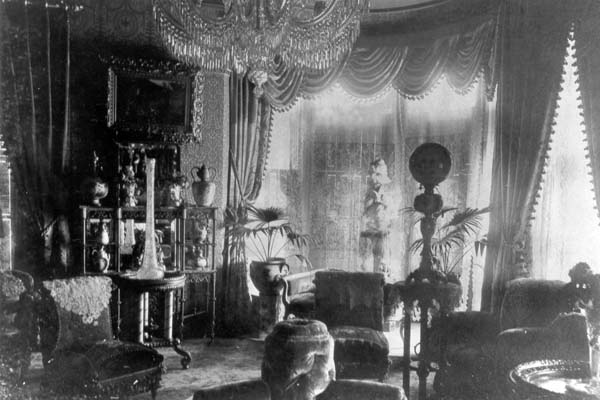 One photo of the interior of Somerset Villa.
(Courtesy Durham County Library)

The estate took up the entire block now bounded by Dillard, Main, Ramseur, and S. Elizabeth with the grounds containing elaborate gardens.

In 1915, Carr's wife died, and in 1926, the structure was destroyed. The current Peabody St. was extended through the middle of the former property. While it seems inexplicable that a structure this beautiful would be torn down, it is in keeping with Durham's near-total disregard for its architectural heritage as a resource with value outside of an economic development paradigm. So it was in the late 1920s, so it is now. 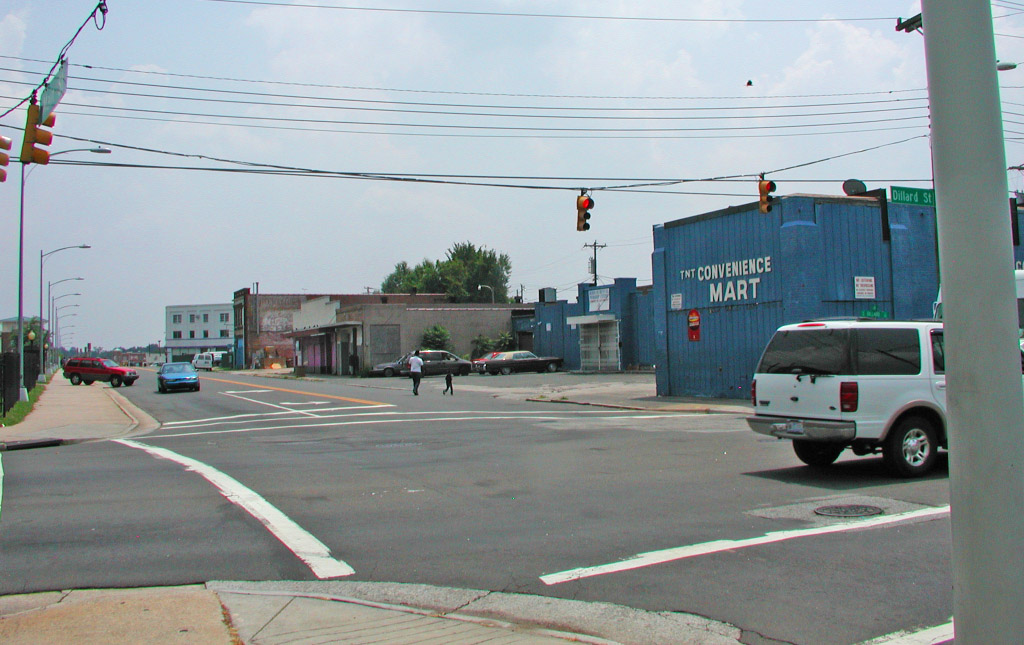 Interestingly, this same block of structures is now in the crosshairs for Durham County, as they plan their new social services complex. They plan to tear down the current health department (old Sears building) across Dillard Street from this block, and they plan to tear down this entire block of 1920s commercial structures for... wait for it... Surface Parking! Never enough of that - particularly not with the vast county surface parking lot across the street at Queen and Main (and Liberty). While clearly, the uses of the structures in the 500 block would be no great loss, the structures should be retained with parking behind them. The uses would likely change over time with the influx of new employees.

Moral of the story: if Durham can't get a piece of downtown land to its lowest possible use the first time around (1920s), it'll get there eventually.

This entire block was torn down in 2008, and was transformed into a sea of surface parking. 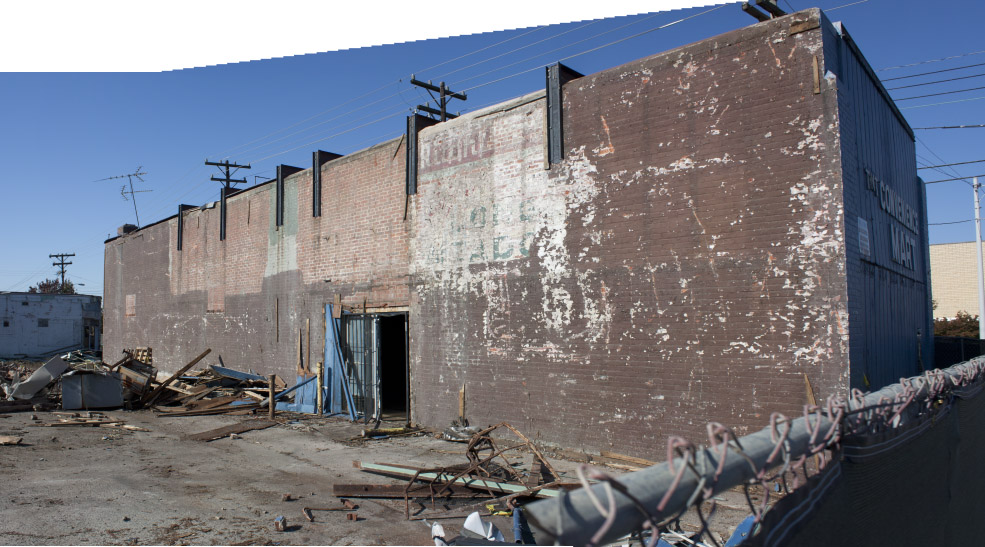 A terrible urban design decision that will stymie the revitalization of the eastern part of downtown for the next several decades. Thanks, Durham County. 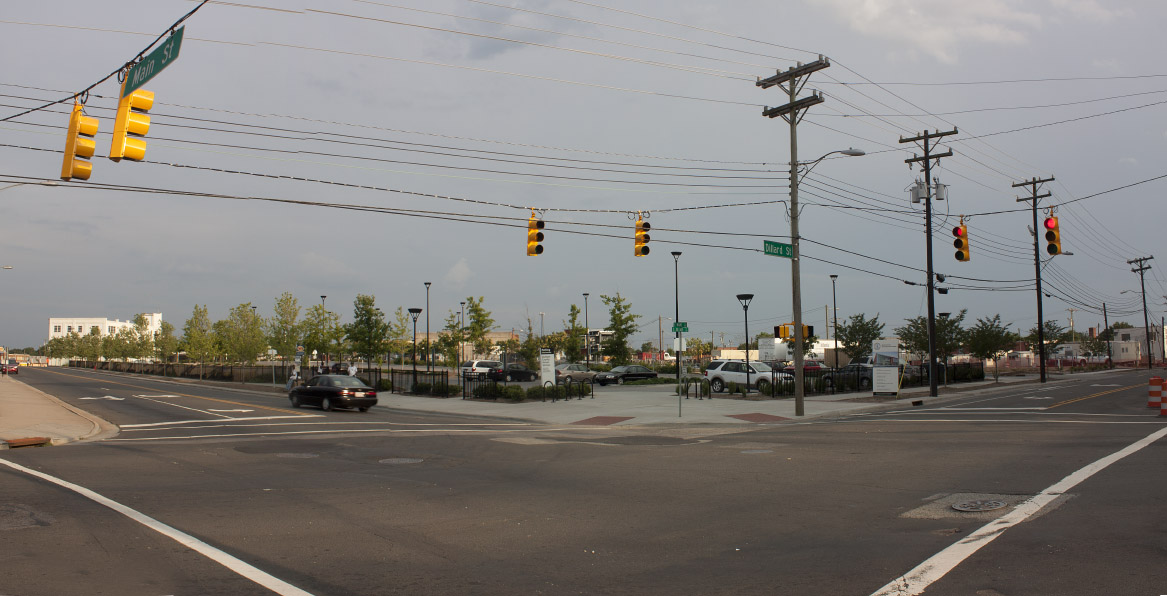