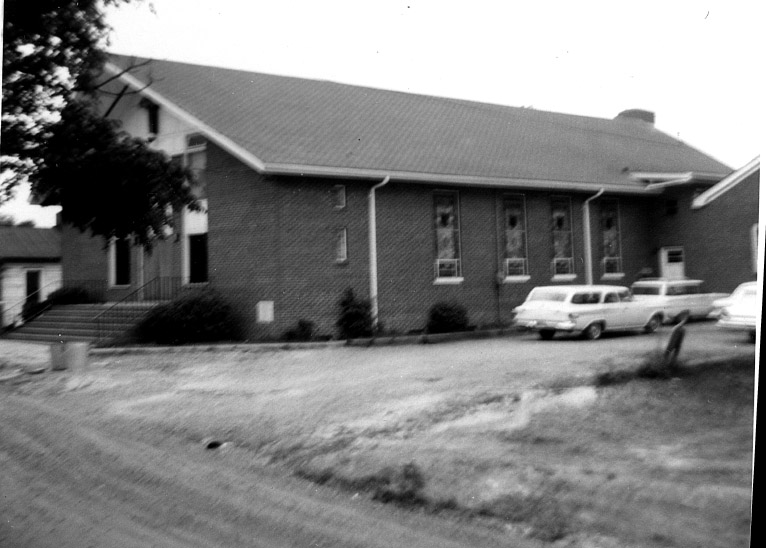 Built on the site of a wooden church dating back to the early 20th century, the new Gospel Tabernacle United Holy Church was dedicated in memory of its longtime minister, Reverend Henry L. Fisher.  Rev. Fisher also served for years as a Bishop in the United Holy Church of America, an African American Pentecostal Holiness denomination that grew from roots in North Carolina.

The church's own history credits Charles C. and Emma C. Craig as founding members, describing how they previously attended St. Joseph AME Church, "but became a little too noisy for the congregation and felt it best to leave rather than to cause further problems." 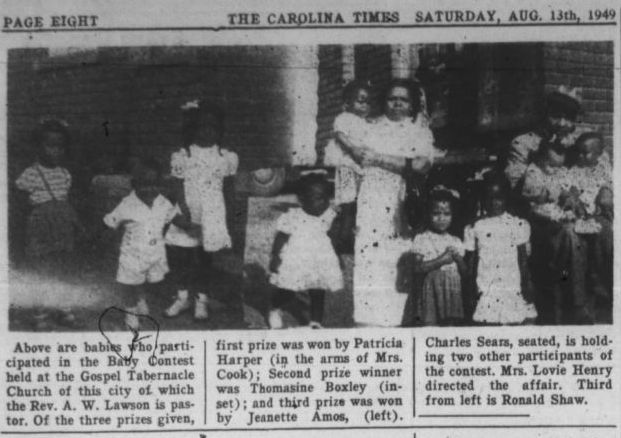 Clipping from a 1949 issue of The Carolina Times, likely showing the earlier Gospel Tabernacle structure in the background. (Available online via DigitalNC)

The current structure was dedicated in late 1958, renamed Fisher Memorial under the leadership of Reverend A. W. Lawson, who had succeeded Bishop Fisher at his death in 1947.  Rev. Lawson and his family lived for many years at 2112 Otis Street in the College Heights neighborhood. 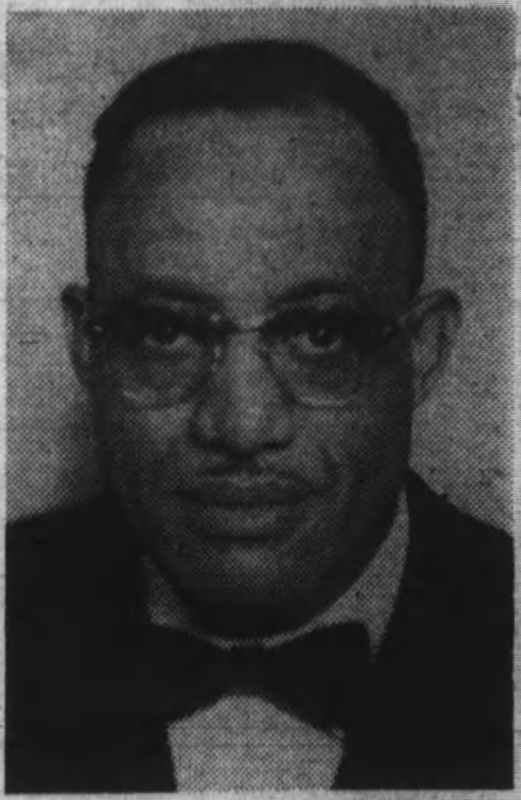 Rev. Lawson pictured in a 1957 issue of The Carolina Times (available online via DigitalNC).

Lawson's tenure at Fisher Memorial also spanned decades until his own passing in 1981.  More detail on the history of this church can be found on their website.