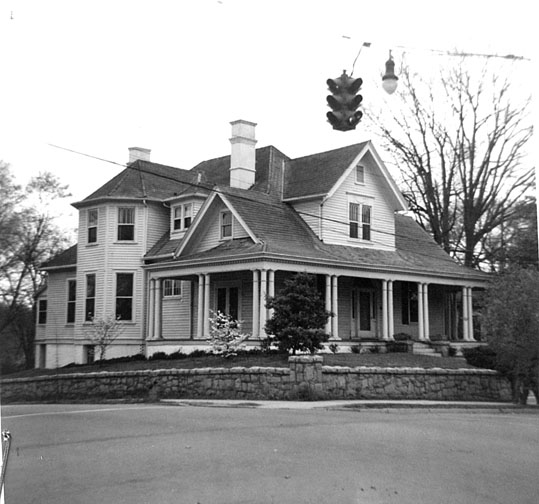 410 Morehead Ave, on the corner of Morehead and Duke, taken from the southwest corner looking northeast. 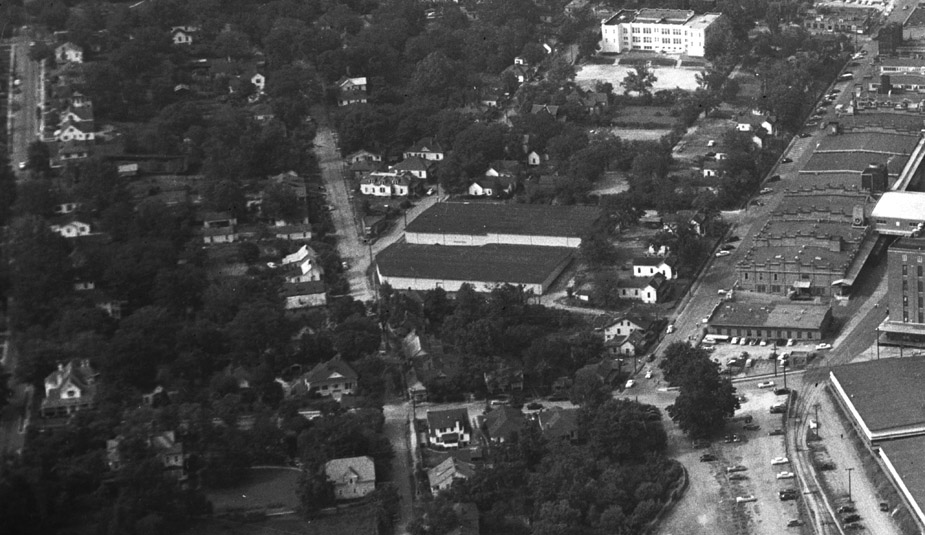 Prior to the Freeway, Morehead ran immediately south of the multi-story Fowler Building at the American Tobacco complex.
The 300 and 400 blocks of Morehead contained a mix of smaller structures, corner groceries, and, as one moved westward, up the hill towards South Duke St., more stately housing. 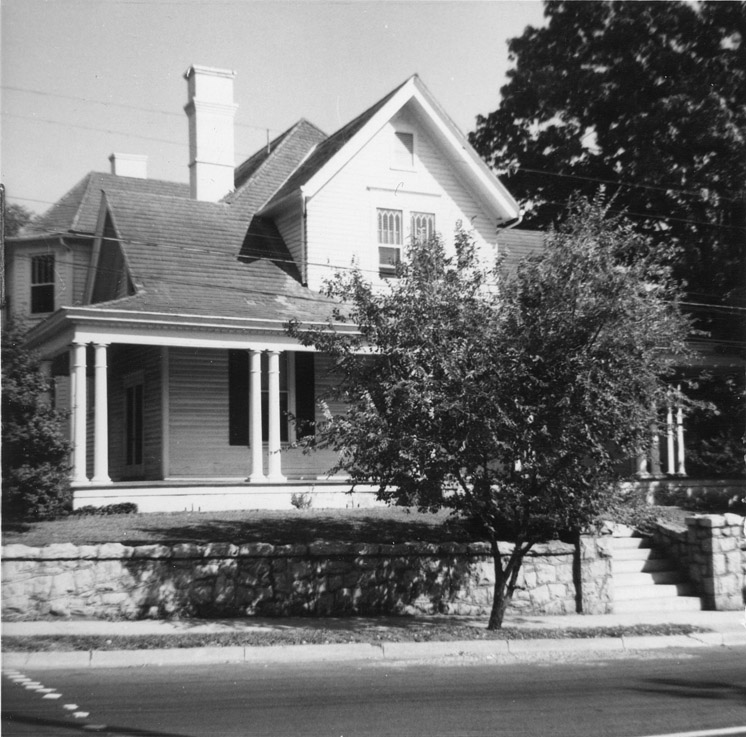 Structures in these blocks were taken down by the city redevelopment authority as part of the urban renewal program.

The East West Expressway was run through this section of Morehead Avenue - in fact, it was where the big fun expressway project got its start. 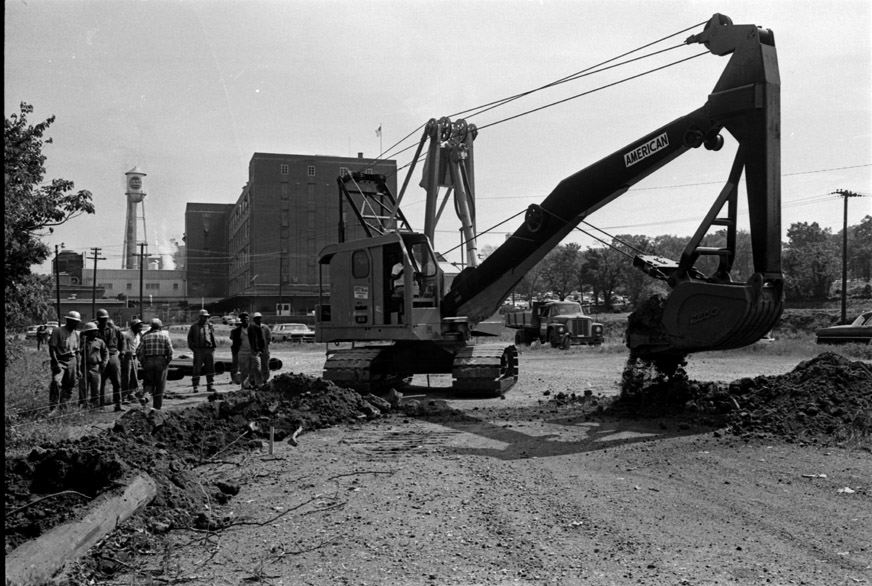 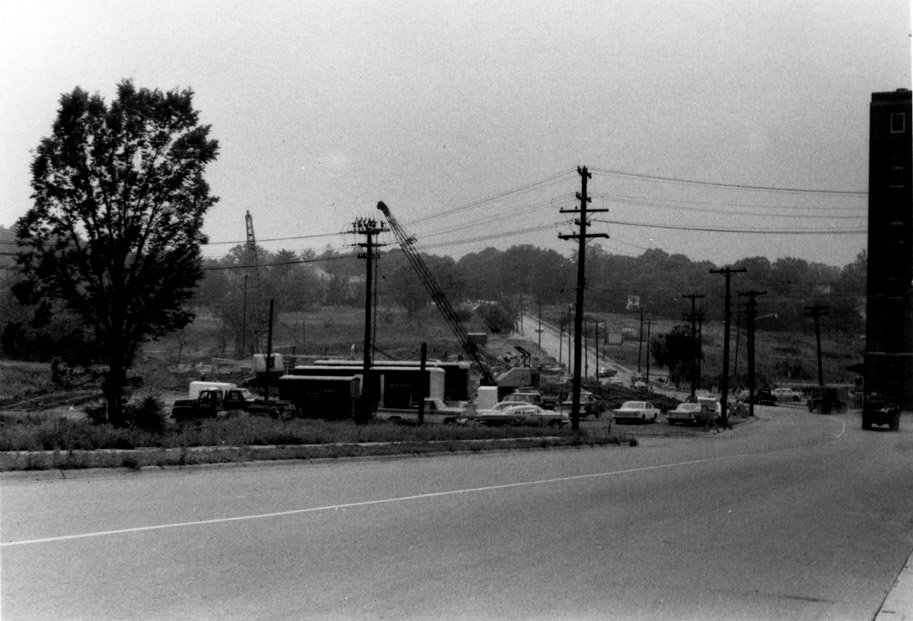 The big swath of asphalt and concrete radically changed the landscape through this area, and clearly cordoned off the area around American Tobacco from the neighborhoods to the south and west. 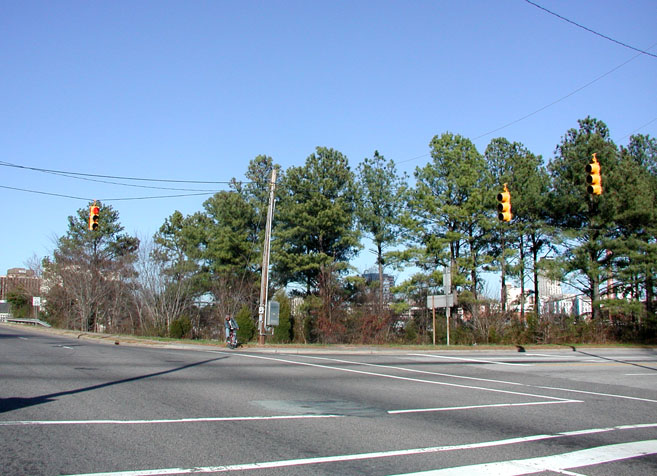 Morehead was rerouted to become, essentially, a service road for the south side of the Freeway from South Duke to Fayetteville. A present day shot of the original path is hard to take, so you'll have to visually trace the line from the Duke St. intersection to the south end of American Tobacco (by Mellow Mushroom) to get a sense of the path.