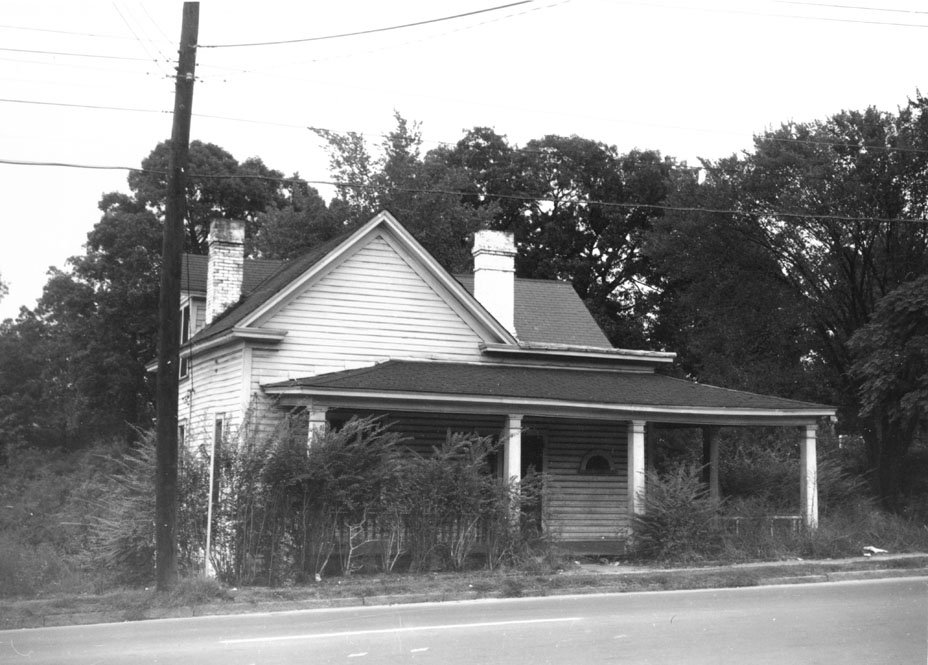 The north side of the 400 block of Holloway St. was residential, like most of Holloway St., likely constructed during the 1910s. Below is an aerial shot of the intersection of N. Queen and Holloway Sts., 1959 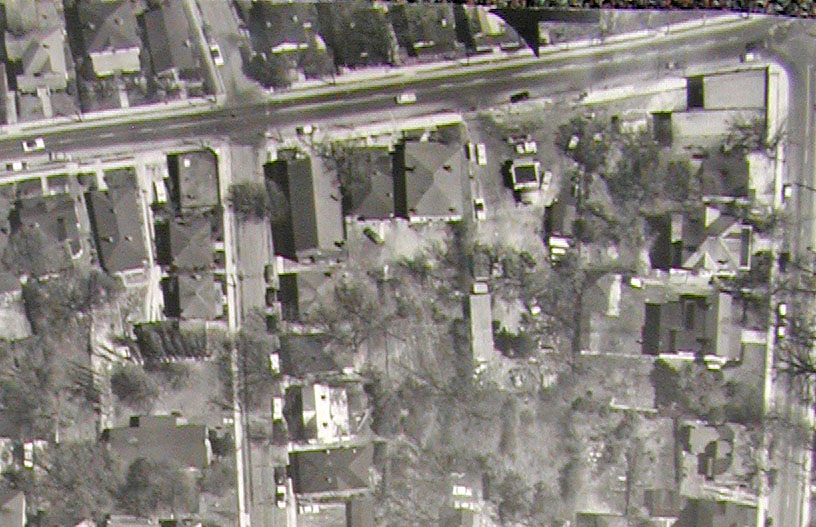 The houses on the north side are tough to make out, as they were on the edge of the sheet.

All but one of these houses were torn down in the early 1960s, prior to urban renewal - such that what the urban rewnewal photographs primarily captured were seemingly fresh vacant lots. Houses on Carlton are visible in the background. 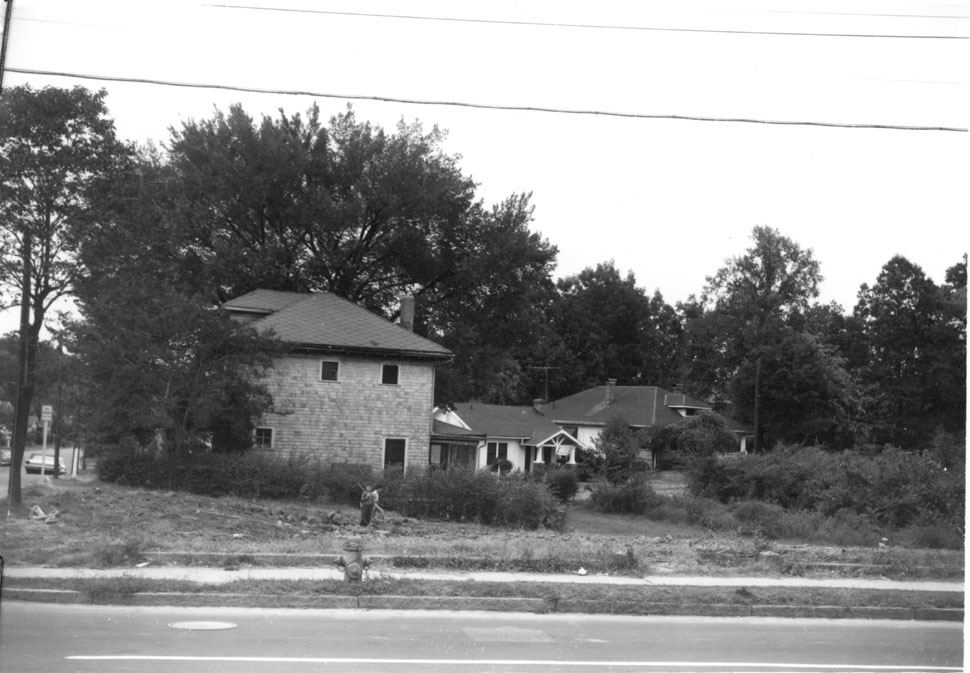 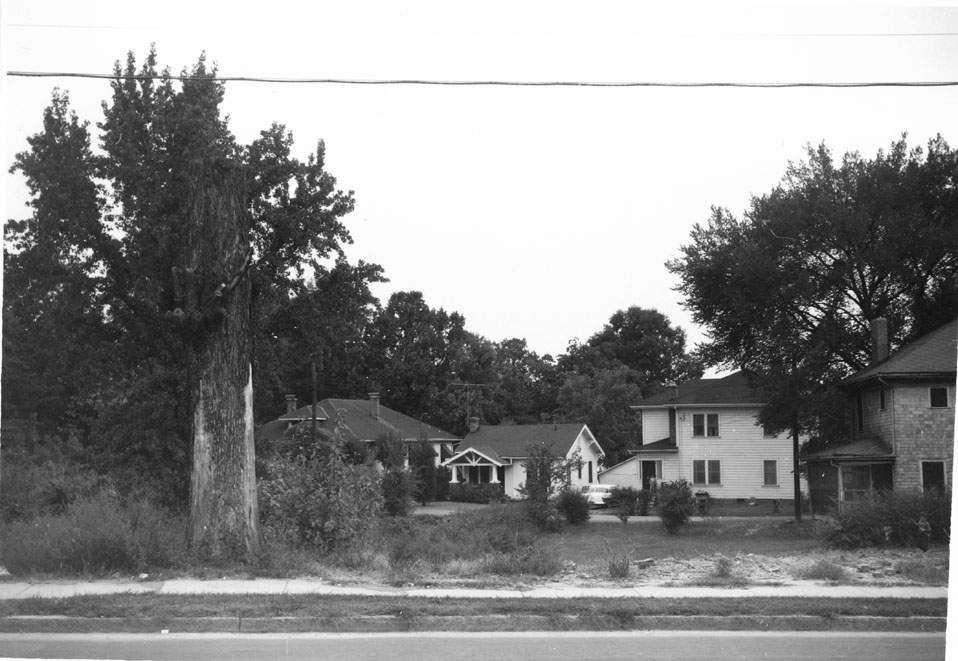 The remaining house in the picture, at 407 Holloway, was torn down by urban renewal.

This space is now Genesis Home, a transitional facility for homeless people / families - which I believe was built in 1989.