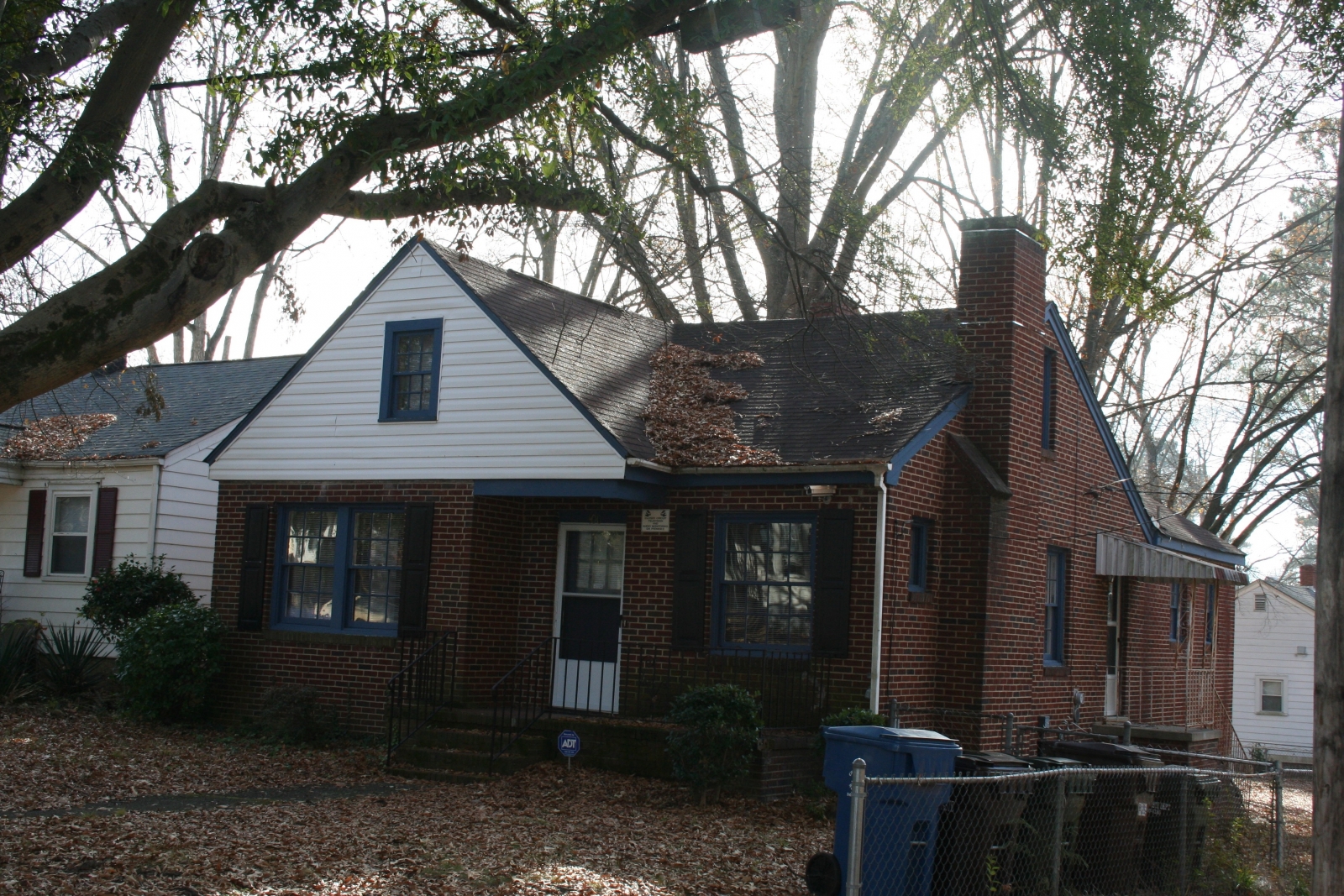 Located at the southeast corner of Pekoe and Concord streets, this one-story, side-gabled Period Cottage is three bays wide and triple-pile with a projecting gabled bay on the left (east) end of the façade and a wide gabled ell at the right rear (southwest). The house has a brick veneer, six-over-six wood-sash windows, and an exterior brick chimney on the right (west) elevation. There is vinyl siding and a single six-over-six window in the front gable. The entrance, inset at the right corner of the projecting gable is a six-light-over-two-panel door and is accessed by an uncovered brick terrace with a decorative metal railing. There is an eight-over-eight wood-sash window to the right of the entrance and four-light windows flank the chimney on the right elevation. An entrance on the right elevation, a four-light-over-four-panel door is sheltered by an aluminum awning. The rear and left elevations of the rear ell have two-over-two horizontal-pane wood-sash windows. A shed-roofed garage on the north end of the rear ell is located below the floor level of the house, accessed from Concord Street, and has a wide door with vinyl siding and a vinyl overhead door. County tax records date the house to 1942 and the earliest known occupants are C. Linwood Cox, a city police officer later promoted to detective, and his wife, Emma Cox, a school teacher, in 1945.  They were the parents to a son.

Mr. Cox and his partner, Frank McCrea, who lived at 129 Nelson Street, were the first African American detectives in Durham.  They, with their families, spent a lot of time together socially.  .The detectives were partners for many years and were best friends.  Through all of the years on the police force together, Detective Cox never drove their city-issued car.  That was Detective McCrea's position.  The neighbors used to find it hilarious how each of them knew their roles as a team.

Since the Cox family living in this house, it has been rental investment property with many tenants.