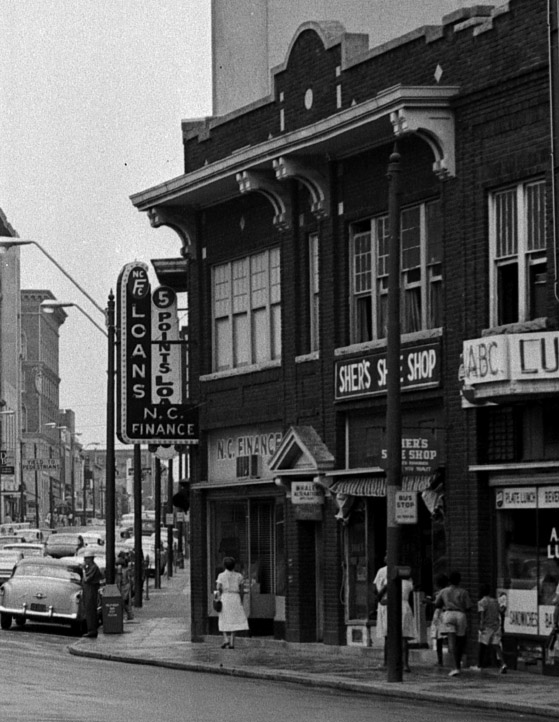 343-345 West Main is a well-decorated portion of a row of buildings along W. Main Street at Five Points, built during the 1920s.

The earliest and best view I could find of the whole row is from the 1920s. 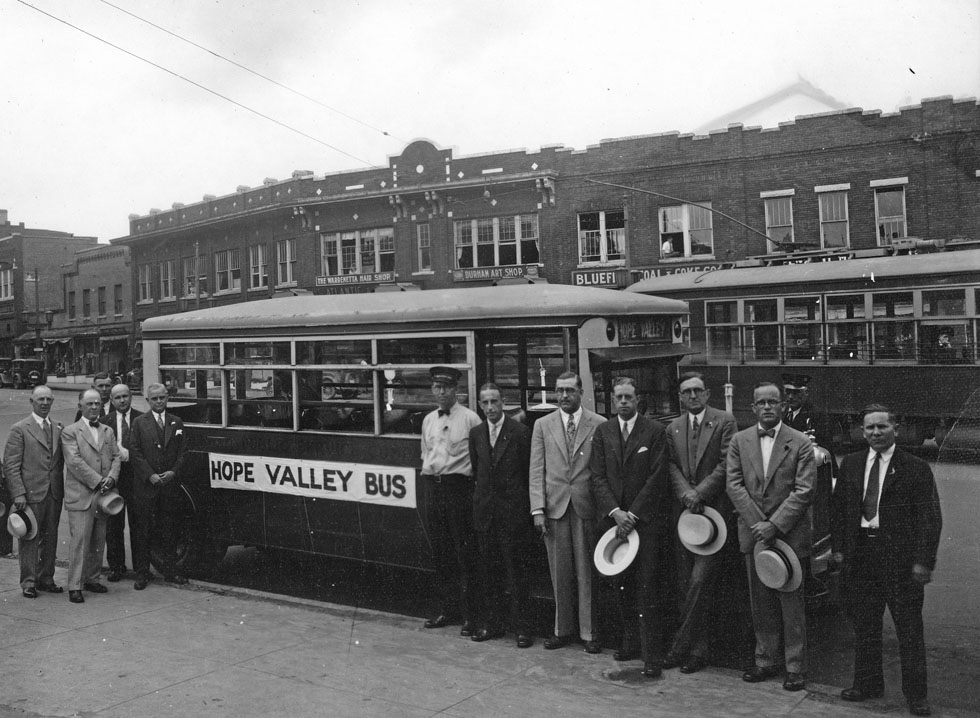 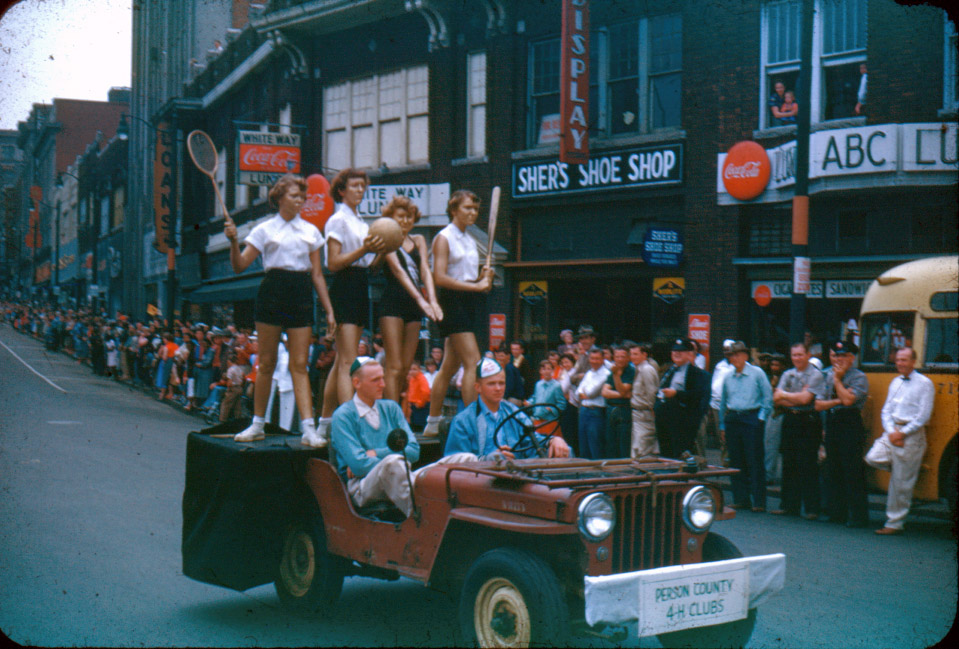 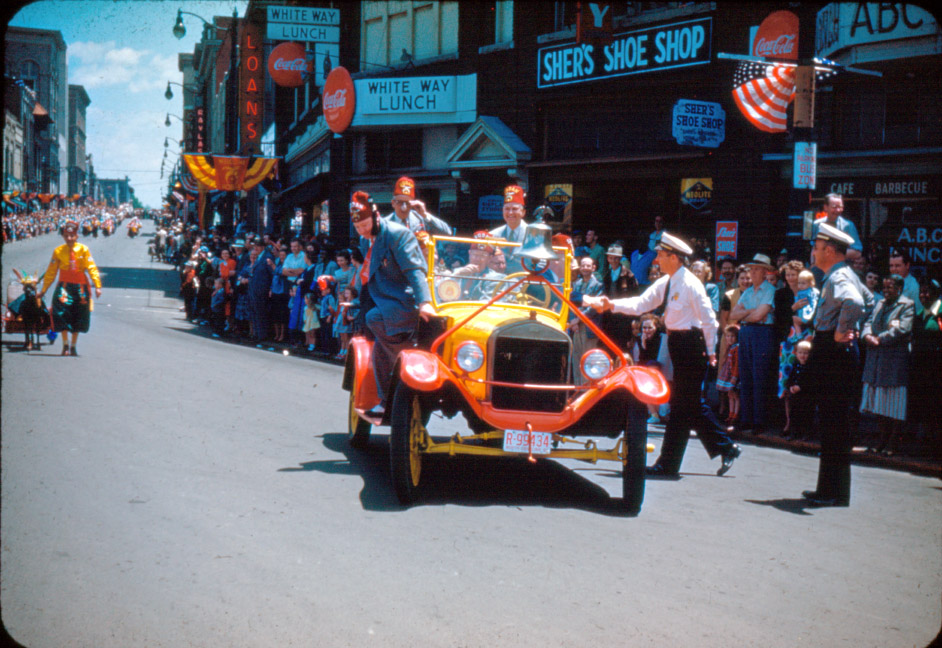 This row of buildings is quite well preserved, with some beautiful facades.

In late 2007 or early 2008, a new restaurant opened at 345 West Main - "Toast". The amazing effect on a feel of a place - in this case Five Points - with the infusion of a place that brings just the right energy - is amazing. The entire character of Five Points, which had felt dour and moribund seemingly forever, changed, and, as of 2011, remains changed, with new establishments opening or planned. 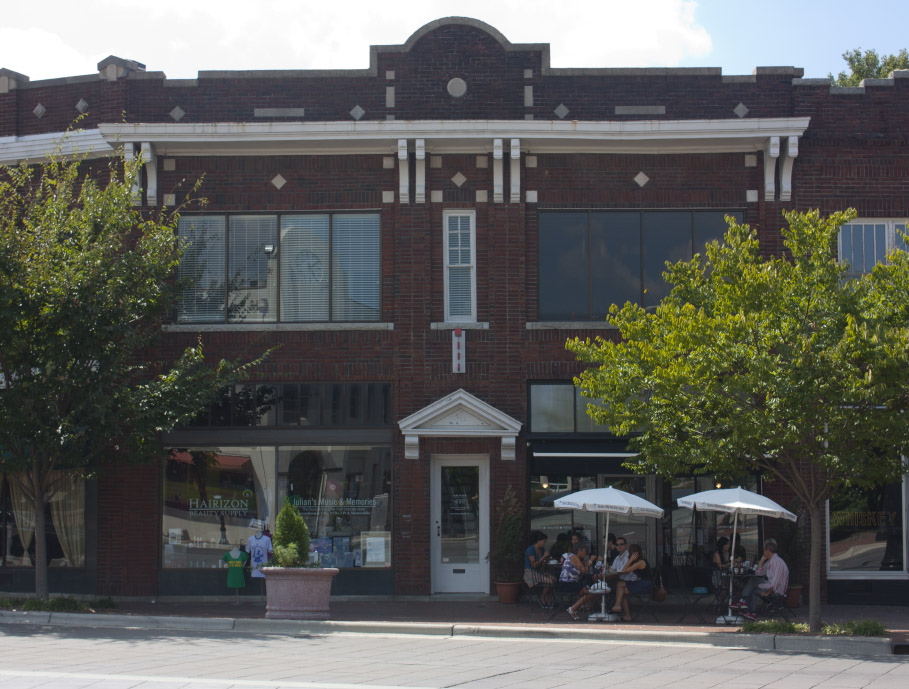 The last boarded up picture

The last boarded up picture may give you the impression that things are sliding backwards. This was due to damage from a drunk driver who drove their SUV through the beauty shop damaging the stairway, hitting the gas line and causing some general damage to the building including the brick. This has since been repaired and the beauty shop reopened. The upstairs is a tech company (where I work) and an law office.