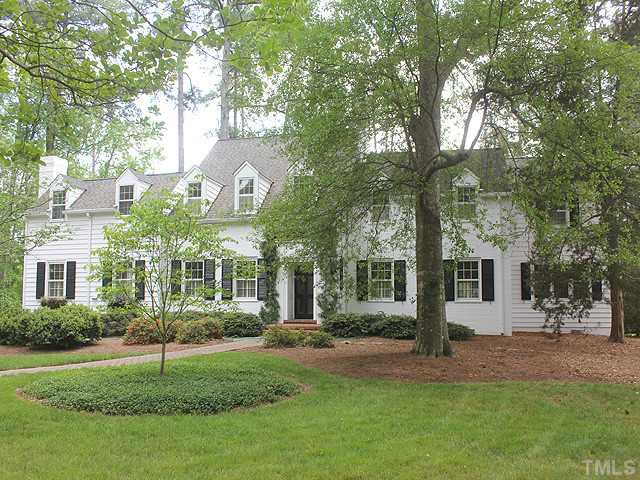 Duke cardiologist, Dr. Edward Orgain and his family loved this fine Colonial Revival style house and called it home for more than 50 years. The Orgains did not build it, however, nor did they seek it out. It fell into their hands through the fortunes of war.

In 1937 Duke economist Herbert von Beckerath and his wife, Guelda, bought two Devon Road lots. As the country emerged from the Great Depression, Hope Valley lot sales started to pick up again and a new wave of building began. The Beckeraths asked George Watts Carr, Durham's gifted residential architect, to design their new home. Carr responded with a small, but elegantly appointed Colonial Revival design. His plans have survived and will be on display during the tour.

The house was completed in 1938, but the Beckeraths did not live there long. In 1940, they sold it to a Jonathan McConnell and, if the Beckeraths' residency was brief, McConnell's was briefer still. War clouds were spreading from Europe and Asia to the United States and McConnell was called into service. As he left, however, he leased the house to young Dr. Orgain and his wife Anne. The Orgains soon fell in love with the house. They hoped to buy it even though McConnell had announced his intention to return. Intuition told them, however, that if they were patient, McConnell's plans would change. They were right. In June 1944,just before D-Day, McConnell sold them the house.

As you approach the house, take a moment to look at the front. The asymmetrical arrangement of the central block and the gable-ended wings date the Orgain House to the late 1930s. During the 1920s and early '30s, Colonial Revival houses tended to be arranged symmetrically to create a feeling of formality. After the Depression, however, Americans wanted a more relaxed lifestyle and less formal colonial designs gained popular favor. Originally, the house was composed of just the central block and the gabled wings to the east and west. The Orgains added the wing to the rear around 1949-50 and the current owners, John and Naeda Irick, recently replaced and enlarged the east wing. Each addition was so sensitively executed that the new elements blend searnlessly with the original house.

The front door opens into a stair hall that runs the full depth of the house. The stair itself is ornamented with a graceful colonial rail and balusters. Note the curved opening in the second floor. Before you leave the hall, note the other colonial details that enrich the interior design. Narrow double doors divide the public spaces in the house. The door mechanisms are not inset, but mounted in brass boxes in an authentic eighteenth century pattern. Off the hall to the right is a spacious living room lit by windows on the front and rear of the house. The principal decorative feature in the room is the mantel wall. The panels picked out by applied molding are original. The mantel itself is in the Adam style. Its identifying features are the reeded panels and the raised swag decoration reminiscent of jasperware vases. Behind the living room is a comfortable porch enclosed by an arcade with shallow arches and slender posts.

Beyond the living room is a less formal living area which Dr. Orgain called the "big living room." It fills the entire lower level of the wing the Orgains added to the house in 1949-50. It is finished with vertical fir paneling which has darkened to a rich color with age. The Iricks replaced the original steel casement windows with wooden sash windows and mouldings to match the rest of the house. They also added the doors at the end of the room to join it with the yard. The new shallow arch also serves to better tie the old addition with the original house.

Off the hall to the left of the entry is the original dining room and beyond that is a new kitchen. The original kitchen and butler's pantry were too tiny to adapt for modern living, so the Iricks took the whole wing down to the foundation, lengthened it by eight feet, and rebuilt it. Although the kitchen area is modern, the Iricks and their architect, Steve Gaddis, were extremely careful to respect the Colonial Revival feel and scale of Carr's original plan. Inside, they added a simplified Adam style mantelpiece and incorporated the shallow arch of the original porch arcade in the windows overlooking the back yard. On the outside, the Iricks removed recently-installed vinyl siding from the entire house and restored the wood siding. Because wide clapboards are no longer commercially available, the lricks had to have matching claps milled to cover the new construction. The result is a necessary and sensitive addition worthy of Carr's design.

Originally, the upstairs held a bath, a study, and two bedrooms, one of which was the master. When they enlarged the house in 1949-50, the Orgains cut a corridor through the old master bedroom to the new master suite. The Iricks modified this space only to make it more closely match the original house. They replaced the louvered doors with six panel doors and augmented the window moldings. Be sure to peek in the colorful master bath. The tile, tub, sink, fixtures, and unusual shower door are all original. In the study, the torus-molded lapjoints in the vertical pine paneling make the boards resemble roof tiles.

The playhouse in the yard belonged to Anne [Lewis] Orgain and originally stood in the garden of her parents' home [at 418 South Duke Street]. It was moved to its present site when the Orgains bought the property. Beautifully designed and sensitively enlarged by loving owners during its sixty-five year history, the Orgain House has retained all of its original charm and continues to tell its part of the Hope Valley story. 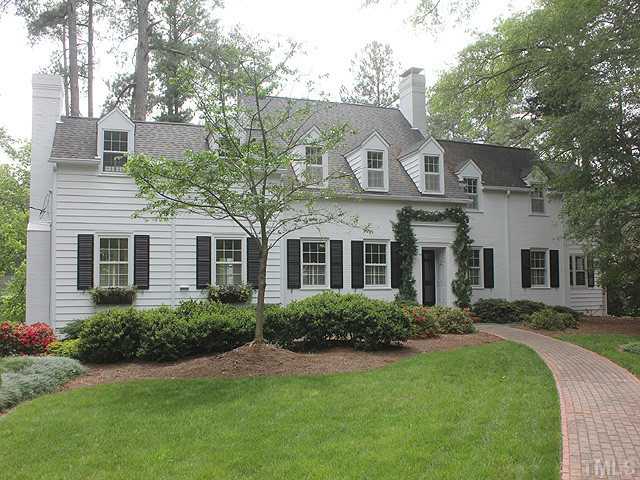 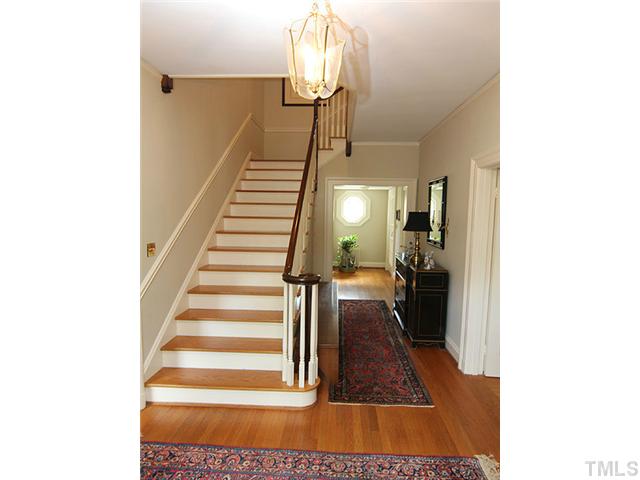 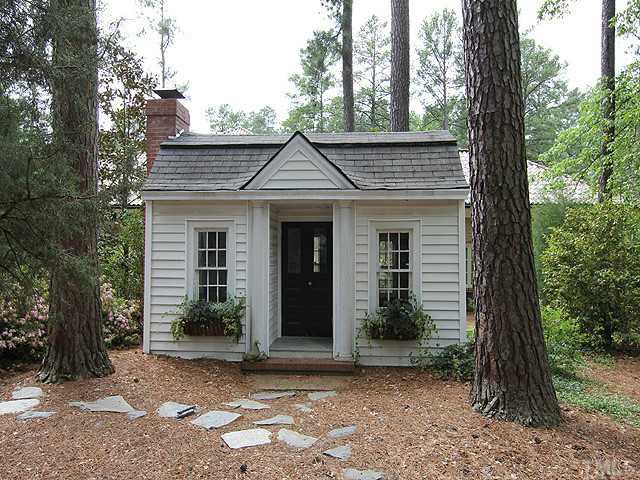 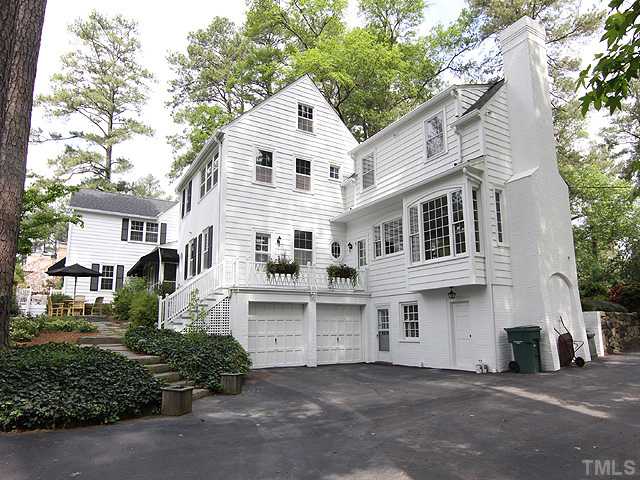