326 West Geer housed Paschall Brothers Plumbing Company until the 1970s, when it housed Acme Plumbing Company. As of 2008, it houses Common Ground, a "Green Building Center".

From the NR listing in italics below:

The one-story, flat-roof, four-bay-wide commercial building was built as rental commercial space. It first appears in the 1950-1951 City Directory as the “Paschall Bros. Plumbing Company”. In the 1970s Acme Plumbing Company moved into the building. The parcel slopes to the rear, allowing a raised basement level below the street level. The concrete block walls are exposed on the sides and rear, while the south façade is faced with one-to-five running bond brick, painted a bright red. The upper façade features four small metal casement windows with brick sills. The central plate-glass door is set in a recess with splayed plate-glass windows. Four large plate-glass windows with transoms in metal frames flank the door on each side. The window and door configuration matches the original façade, but may have been replaced in-kind. Large metal awning windows with thick stuccoed sills illuminate the sides and rear. The east side elevation has four large windows and two small windows. The west elevation contains three identical large windows, two identical small windows, and with two individual doors and a garage door near the rear. One of the doors is an original glazed and paneled door; the other door and the garage door are replacements. At the rear west corner is an interior chimney. The rear elevation has three identical large windows. The building was recently rehabilitated as the Common Ground Green Building Center, which sells recycled counter tops, kitchen cabinets, etc 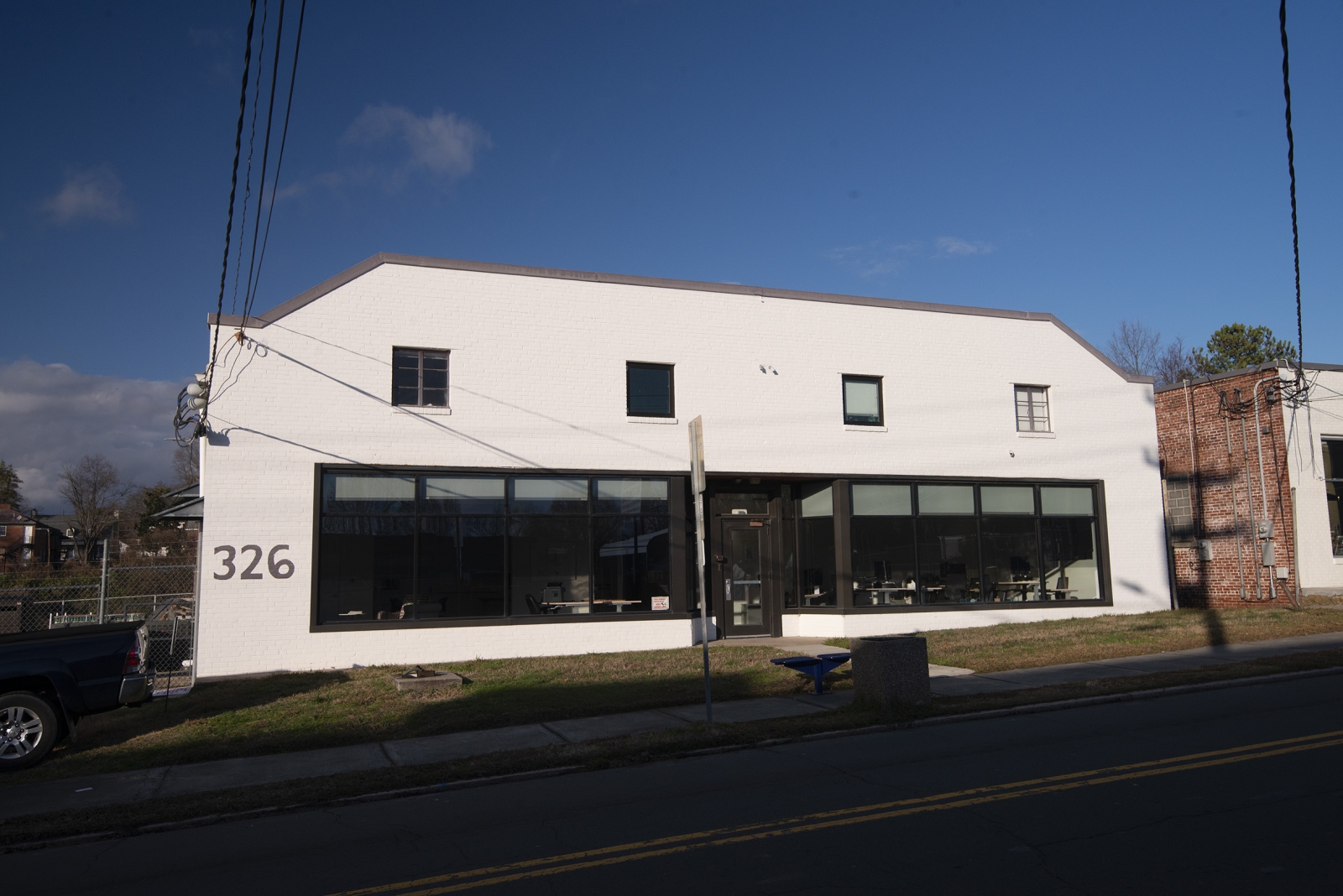