As we move east of Roxboro, we move out of a transitional area and into the neighborhood of the East End / Cleveland-Holloway as it existed until the late 1960s. 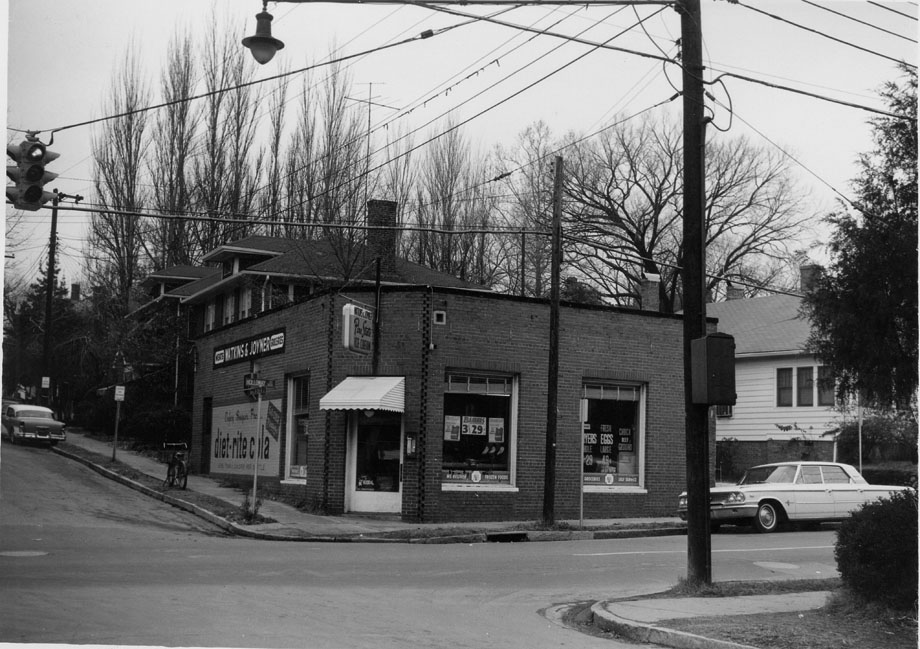 These houses were demolished by the city in the late 1960s via urban renewal. Queen St. was closed between Liberty and Holloway, and this land became the large surface parking lot for the library.

This to me, demonstrates not only what has been lost through the city's demolition, but what the neighborhood wants now - small houses, large houses, a corner grocery. This is what gives the neighborhood's fight so much depth for me - because the neighborhood had these things. I don't believe that the city has a responsibility to re-create that environment; but I do think it should recognize its culpability in creating many of the problems that the neighborhood has faced for the last 40 years - and it should not take actions that stymie the efforts of the residents to fix those mistakes.