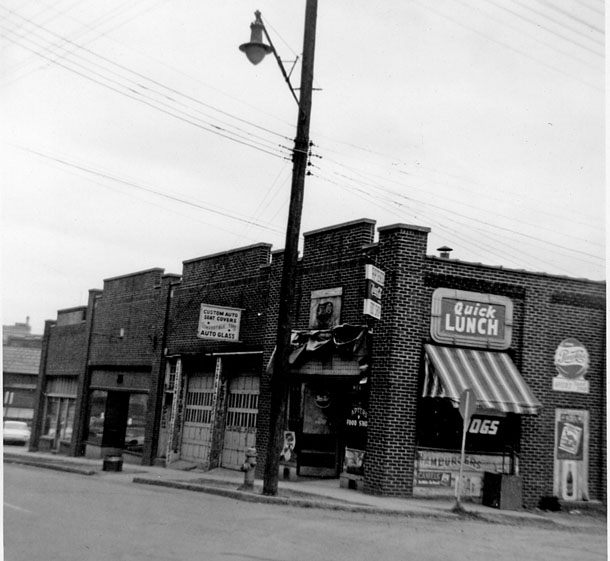 The east side of the 300 block of McMannen Street was developed as a residential area to the east of the Blackwell Factory. 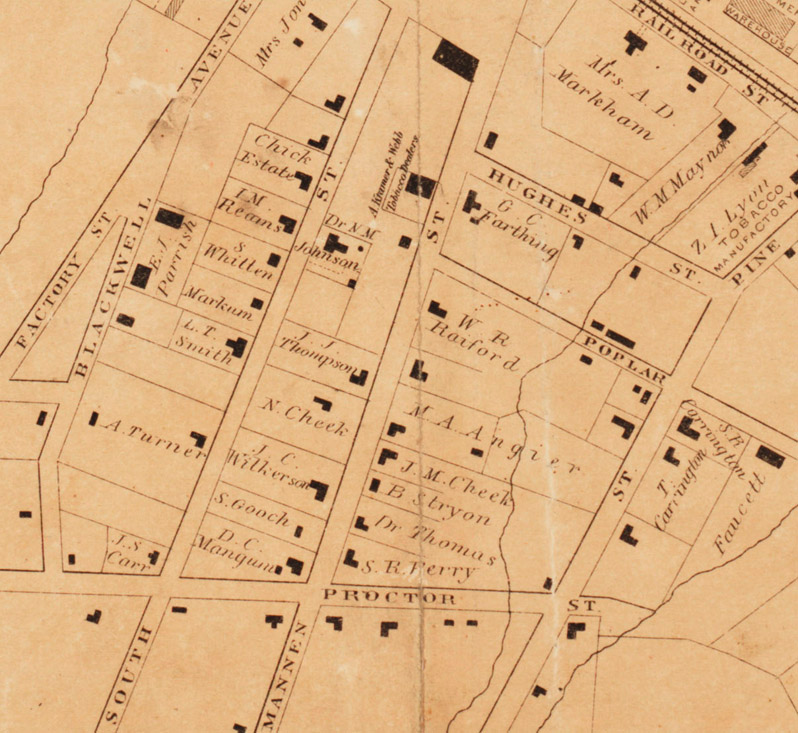 The rise of the Austin-Heaton Flour Company and Kramer Tobacco company increased the commercial pressure on this section. The corner of Cora and McMannen was, by the 1890s, inhabited by MA Angier, a prominent figure in multiple early Durham endeavors.

By the 1920s, the two remaining residential structures north of Cora were torn down and replaced by a multi-bay commercial building. 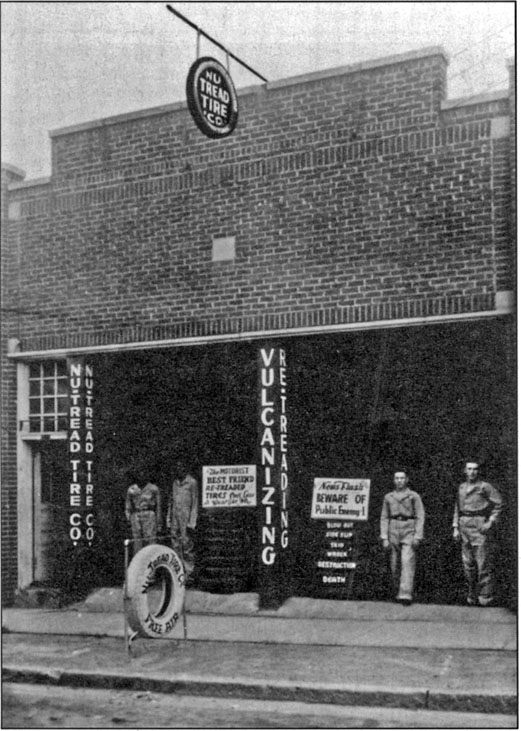 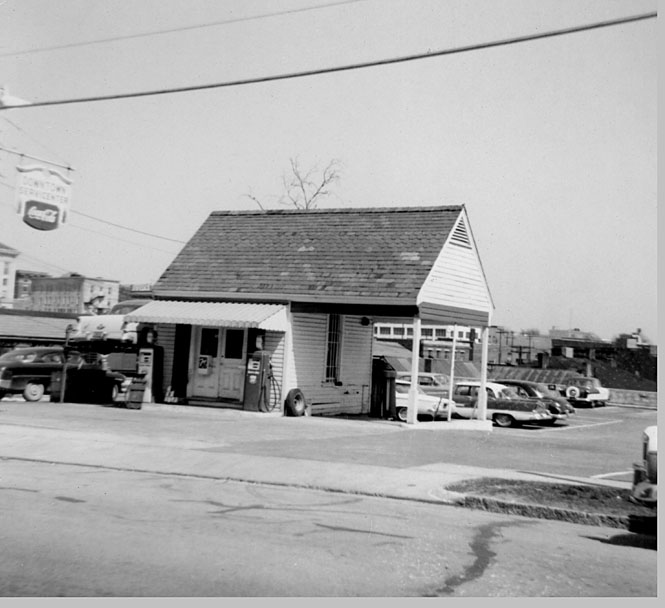 403 S. Mangum, looking east-northeast, 1966. The Venable Warehouse is visible to the right, and the old courthouse and Eligibility Building to the left.

These structures were torn down by the city using urban renewal funds in the late 1960s. By 1977, U-Haul had built a storage facility on the site.

That facility operated until earlier this year, when the county seized the property via eminent domain, paying $1.35 million for the facility. Along with the Scarborough Funeral Home site immediately to the east, this will be the location of the next (4th) Durham County Courthouse.

Details remain sparse about the courthouse facility - estimates for the cost of the facility have ranged from $85 million to $122 million to construct a 255,000 square foot facility. The only consistent architectural feature mentioned thus far is a tunnel to connect the courthouse with the prison.

The building is being designed by local architectural firm O'Brien / Atkins, and remains in the design phase per representatives of the company. The building is set to begin construction in 2009 and be completed by 2011.

I ran across this quote in the News and Observer while researching this post - in reference to our current courthouse.

"Judge Kenneth C. Titus has characterized it as 'an office building masquerading
as a courthouse.' 'As soon as we saw the new courthouse -- even before it opened
its doors -- we knew it was not going to be a building which symbolized the spirit
of the community and the administration of justice,' lawyer Hayes Hofler agreed in
a 1998 interview. 'It did not look like a courthouse.'"

I hope O'Brien / Atkins can make the newest building look like a courthouse - which would involve eschewing the urge to make it look like a pharmaceutical company headquarters in RTP - which is what so much contemporary office / institutional design looks like to me. Don't be afraid of some classical elements - a courthouse should have some gravitas. And just because it is designed to be high security / all-business doesn't mean it can't be a good streetscape building.